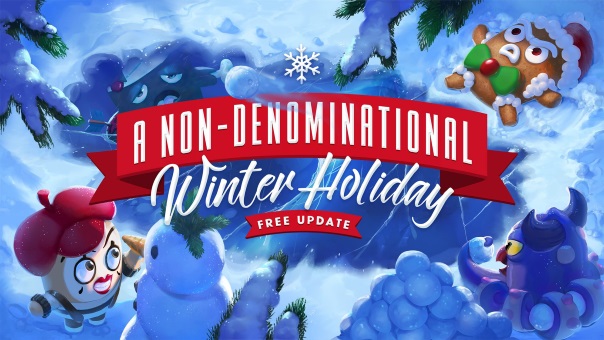 The merry minds of Those Awesome Guys are bringing season’s greetings the only way they know how – by adding more insane gameplay modes, highly requested features, and zany characters to Move or Die with the ‘Non-Denominational Winter Holiday Update’ launching December 20 on Steam. Major non-offensive features include: improved matchmaking online, highly-requested control remap options, and brand new Teamplay where players can pick to join one of the four teams (Blue, Yellow, Pink, or Green) to compete – er we mean, participate – in 2-versus-2, 2-versus-1 and 3-versus-1 matches.