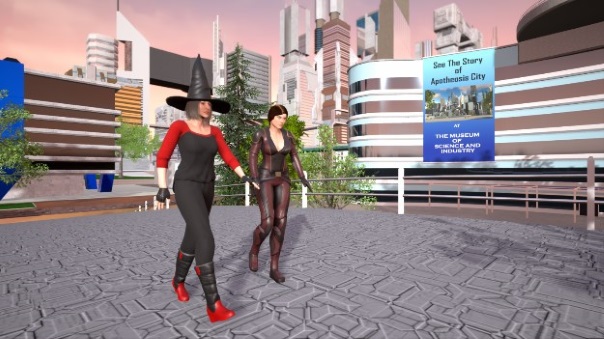 Today, Ship of Heroes announced the fourth villainous group in their upcoming Superhero MMORPG: The Red Sigil. But they also discuss the the lore that goes into the magic superheroes. No two heroes spells are the same, so the magical groups and traditions vary wildly. Most every mage or magical item is referred to as Attuned, and The Attuned themselves have an incredible influence over magical learning and practices that go on aboard the ship. However, within the ranks of the Attuned, there’s a shadowy cult known as The Red Sigil. They are seeking to replace the leadership of the Attuned faction, as well as the whole of the Justice. They wish to replace the most powerful superheroes with the most powerful mages and control all facets of the Justice.  Despite their horrific acts, they still see themselves as a force of justice and good, making the hard choices that the Ambassador won’t. Further details can be found in the link below.