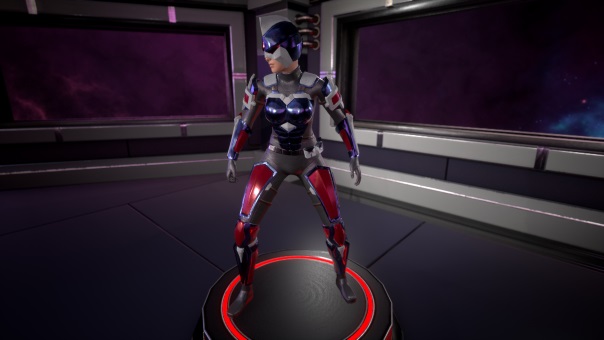 Several of the Ship of Heroes newsletters have shown off the potential for character customization, and they have three character models to go alongside that. One of the issues that came from multiple character models is that costumes have to be re-created for each model, or at least some of them. Ship of Heroes has begun this process and is showing off a new female soldier costume derived from their signature hero (Ambassador’s) design. The screenshots we received show off a lot of possibility in color variations, but the overall possibilities are endless. Nine costume pieces, with two colors per piece, and 256 choices per color, then add on the customization for the actual female model on top of that. Ship of Heroes has also announced that they are working towards a login test with many players logged in at once, and the plan is for each player to be in a unique costume, most created by mixing and matching pieces from the costume sets that have already been revealed.

Right now there is nearly a dozen of these costumes and unique designs that have been revealed/shown off in-game. Immediate integration of these new assets is part of their design philosophy, so they never show off a costume without bringing it into the actual game engine in some fashion or another.