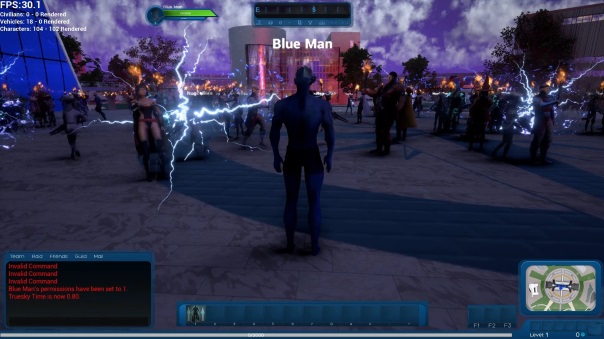 Ship of Heroes released their latest newsletter, with a focus on innovation in keeping the FPS high with large numbers of players in a single instance. In this newsletter, they go into the technical details of creating an MMO with high FPS and talk about something many MMOs avoid – what happens when there are lots of players on a screen at once. They went on to say that most small studios could not develop these sorts of tools quite so quickly (SoH only launched their site two years ago, after all). Ship of Heroes has been open about the FPS of their game, and how it impacts the player experience, instead of avoiding the topic at all costs. Some of the screengrabs show over 200 characters in motion, using FX, and while this is only in the testing phase, their results are pretty interesting. This seems to be a good sign for the development of Ship of Heroes. They also reveal in the newsletter an upcoming login test in December, and the Beta is scheduled for the end of 2019.