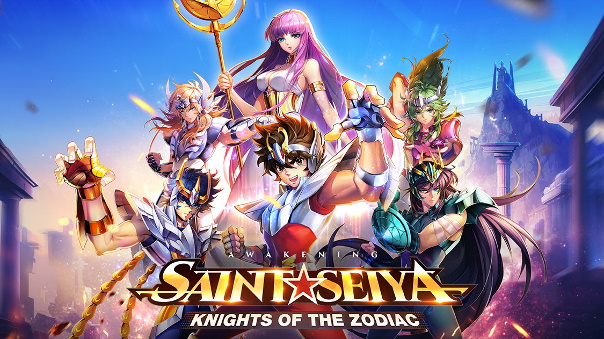 The collaboration between YOOZOO Games, Tencent, and Saint Seiya’s Masami Kurumada is live on iOS and Android. Saint Seiya Awakening: Knights of the Zodiac is inspired by Masami Kuruda’s original manga, and follows the Saints as they fight to protect Athena, in her battles against the other Olympian Gods. Players control one of the Saints to do battle as. Saint Seiya Awakening: Knights of the Zodiac offers top-quality 3D graphics, and restores a classic manga to life in a new way.

With hundreds of fighters to play as players will have plenty of options to design a team and strategy. Hardcore anime fans will recognize some of Japan’s very best voice-artists featuring, including Jun Fukuyama (Lelouch in Code Geass) and Yuki Kaji (Eren Yeager in Attack on Titan), completing a game devoted to doing justice to the original.