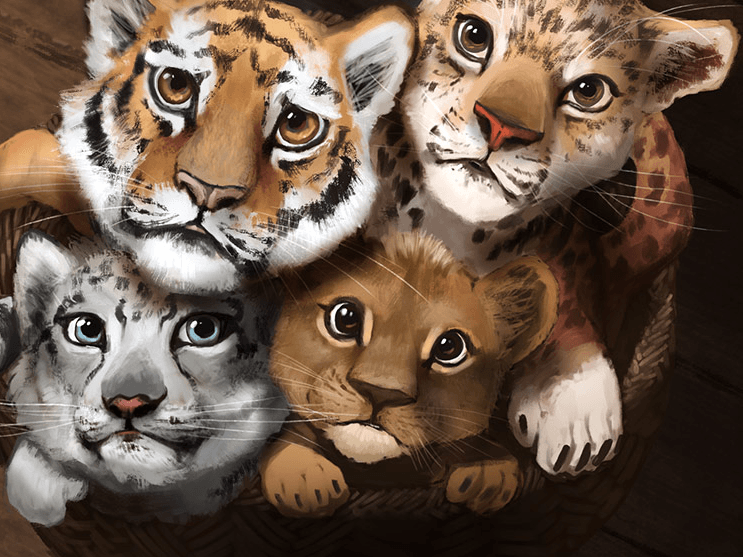 Jagex Games Studio, creators and custodians of the fantasy MMORPG, RuneScape, has partnered with WWF to help raise awareness of the plight of big cats in the wild. Both RuneScape and Old School RuneScape are taking part in the effort, which has already raised over £66,000 for the charity. Players who take part in the Adopt a Big Cat activities, which take place until Friday 31st July, have the chance to adopt exclusive companion cubs based on four big cats, as well as titles for their in-game characters.

In the main RuneScape game, players seek out a character called ‘Conservationist Rohit Sharma’ to take part in the Big Cats Quiz, where they can compete to secure points and adopt the jaguar and tiger cub companions, plus three new titles (‘Snowy Assassin’, ‘Stealth Predator’ and ‘King/Queen of the Jungle’). Furthermore, players can donate Bonds to the Conservationist, which can be used to adopt additional lion and snow leopard cubs. All proceeds from RuneScape Bond donations go to WWF in support of their global conservation effort.

Players of Old School RuneScape will be transported to a faraway land by the game’s Conservationist, a large area consisting of different terrains and big cats; once there they have to rejuvenate and protect the habitats against a horde of dwarves. Players can adopt virtual big cat toys, as well as donate Old School RuneScape Bonds that are converted into a real-world contribution by Jagex.

“RuneScape has a long history of supporting the work of charitable organisations around the world through in-game awareness drives, so it’s a thrill to partner with WWF and back the great work that the organisation does to preserve endangered big cats in the wild,” said David Osborne, lead designer, RuneScape. “It’s also fantastic that both versions of the game have come together to maximise player involvement, and we’re immensely proud that our community has backed this important campaign by taking part in these activities.”

“WWF is really excited to be working on this project with Jagex,” said Ed Partridge, digital corporate partnership manager, WWF. “It’s a great opportunity for us to reach out to an engaged audience of RuneScape gamers and raise awareness of the threats facing some of the worlds’ most endangered big cats in a fun and entertaining way. WWF would like to thank all RuneScape gamers; the response so far has been incredible!”

The Adopt a Big Cat partnership coincides with International Tiger Day, which is held today.