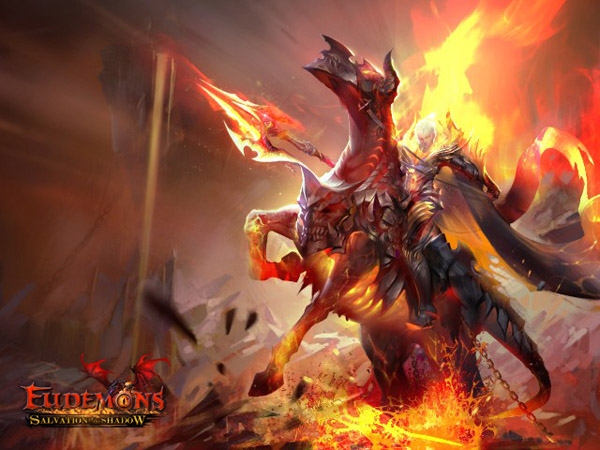 Eudemons Online, the 2.5D free-to-play fantasy MMORPG, continues to expand its mythical universe with an all-new expansion, Salvation of the Shadow! This exciting expansion is going to be released on Aug. 5th, coming along with a brand new class, the Shadow Knight, which will be the 6th class of Eudemons online!

Vampires and Necromancers are quite popular since they become available, and dominate the world of Eudemons. Shadow Knights are going to break this situation, and provide you with some totally different gaming experience!

Exclusive Eudemons & Mounts
Well known in the MMO genre for its fun Pet System, Eudemons Online creates some original and creative Eudemons for this new class.

Shadow Knights are born to have a defender Saive around. From the divine invasion to the devil corruption, this sacred fighter has never wavered. When Shadow Knights returned to the human’s world, Saive also went into war against the doomsday!

The mount Grani, Dragon Apsaras, and Dragon Victor are also the guards for Shadow Knights. These creatures are always ready to sweep off all dangers in the way of the Knights, and will only be faithful to this class!

Extremely High Defense Power
The character and all summoned Eudemons will share 100% of the ultra-high M-Defense and P-Defense from the associated Eudemon. This makes it super easy for you to raise an all-round baby.

9 Ways of Sacrifice
The power source of the Shadow Knights is from Dragon Spirit, which is permanently converged with the Knights. There are 9 ways to improve the Dragon Spirit’s attributes. As the attributes upgrades, new skills and mounts will be unlocked!

Following this expansion, a 10-star difficulty quest, Felix Shrine, will be set for all heroes to explore! New havoc is threatening. Shadow Knights are ready to return to the continent to prevent the frozen sins from waking up. Join the salvation of the shadow on Aug. 5th and let the devils tremble! For more new features, just follow Eudemons Online Facebook page!