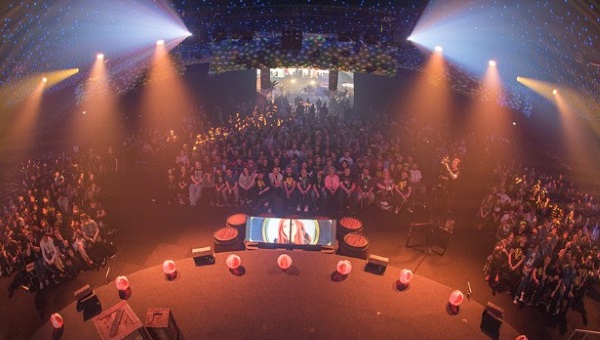 Runescape fans from around the world showed up for this year’s Runefest,  and the sold-out crowd got to hear the biggest Jagex news first-hand!  A plethora of announcements is coming for the year ahead, from Old-School and RuneScape on mobile, new content for Old-School Runescape in the next year, and a new PVE competitive mode for RuneScape in the next month! Attendees at Runefest got to be the first to try out Old-School Runescape and RuneScape on mobile. Old-School is slated for this coming winter and RuneScape to follow in 2018. The actual compatible devices is still to come. Theater of Blood is on the way to Old-School Runescape in June 2018, and five players will tackle an arena built by vampyres. And January 2018 will see the release of a brand-new Grandmaster Quest: Dragon Slayer II. It’s the sequel to one of the most popular adventures in RuneScape and should be exciting.

And for modern RuneScape, a limited-time event is coming to the game in the form of a new competitive PVE mode: Dimension of the Damned. Transported to an alternate dimension where the dead walk across Gielinor, players must battle against the zombie horde and see who can survive the longest! Featuring in-game rewards, unique cosmetic items, and Achievements to complete, this is one event RuneScape players won’t want to miss! The final bit of news is that in addition to 5PLUS50K12 won 20k at the Deadman Autumn Invitational, a further 10,000 was donated to the team’s chosen charity: Make-a-Wish Foundation. It was a win that was the apex of three months of competitive, incredible PVP action.

“Every year it gets more and more difficult to top the previous RuneFest, but I think with 2017’s convention we’ve managed to do it. We were thrilled to see so many of our hardcore players try out both RuneScape and Old School RuneScape on mobile devices for the very first time, as well as experience the tension of a Deadman Invitational live at RuneFest,” said Mark Ogilvie, Design Director, RuneScape. “Exciting new content, together with new ways to play, will delight and entice players to the world of Gielinor like never before, and in addition to our millions of active players we’ll be here ready to welcome our old friends back from being ‘AFK’.”