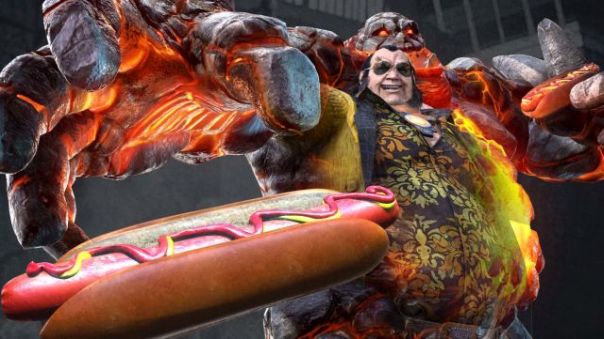 BANDAI NAMCO Games America released a new character for Rise of Incarnates, a free-to-play 2 vs. 2 fighting game on Steam. Beginning today, March 25, players can play as Loki for free for a week.

Before awakening his incarnate Loki, Zaur Miljkovic was beaten nearly to death by an incarnate named Akhor, and carries a deep-seated grudge against him. When Miljkovic awoke as an incarnate himself, he was forced to become a fugitive for some time, ultimately captured and forced to reclaim his liberty by utilizing his destructive abilities. Milijkovic soon had a new mission to join forces with Asha Mehta in her effort to create a world ruled by incarnates and his own personal quest for vengeance against Akohr.

Loki is a strong and slow melee-centric character with a unique power-up mechanic. During a match Loki can sacrifice some time and positioning by eating pizza or drinking from a giant barrel to increase his secondary meter. Being “full” means Loki’s abilities hit for more damage, but pigging out too much will make Loki stun himself.