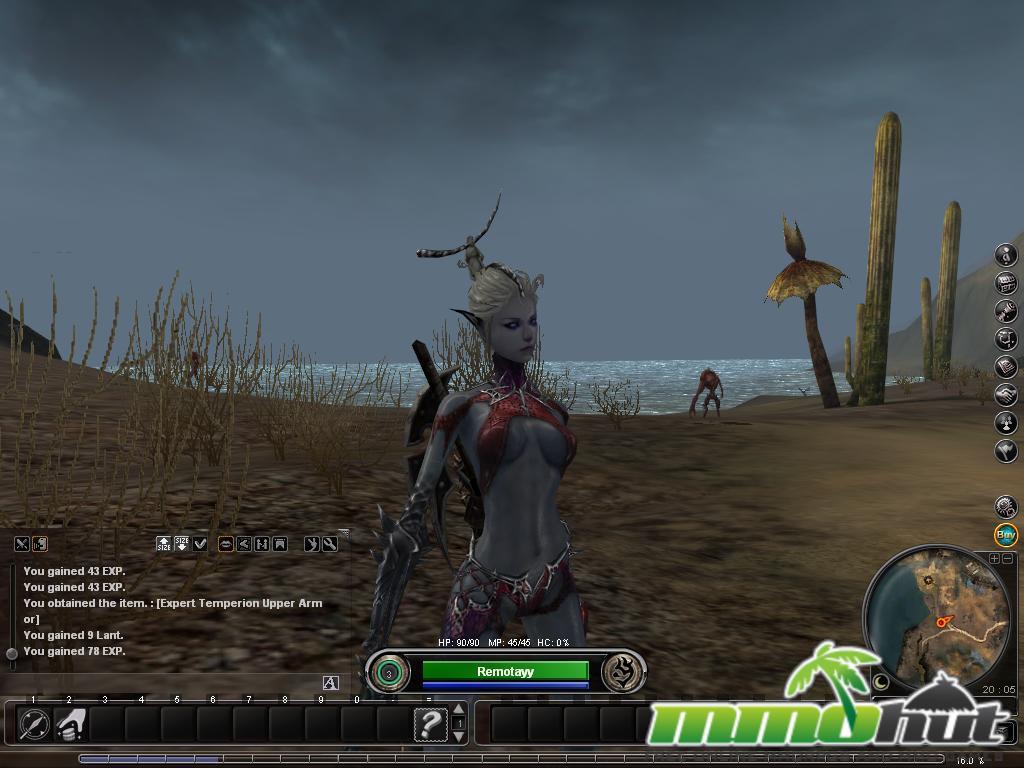 Requiem is Gravity’s latest attempt at a free to play MMORPG title. Gravity is most widely known for their game Ragnarok Online. Odds are if you’re into anime inspired MMORPGs, you’ve played Ragnarok at least once. Unlike the ‘cheerful’ and upbeat animations and graphics of Ragnarok, Requiem is completely different. The most unique aspect of Requiem is that the game labels itself as a ‘horror MMORPG’. The game certainly does a magnificent job with its graphics and excessive gore, but is labeling the game a ‘horror’ themed MMORPG accurate?

The answer is no.
Although Requiem does a magnificent job creating the appropriate environments for a horror game, it simply doesn’t have the story or sound effects to be a true horror game. You’d expect a horror game to be scary, but Requiem is by no means scary, as the game doesn’t present much of a story to the player. It does have a ton of lore, but it isn’t presented well. I still have a great deal of respect for the folks over at Gravity because they did attempt to make a game that has a genuinely different atmosphere from other games. Lately, the free MMORPG scene has been extremely the stale, as most developers end up copying each other rather than trying to create a truly unique concept. Although gravity didn’t create the ideal ‘horror’ MMORPG, it still created something incredibly unique; a darkly themed MMORPG with a ton of gore and some interesting horror mechanics (At night time, tougher monsters appear in the game world). The most appropriate genre for Requiem would be a fantasy game that has a dark theme to it.

No cute animals here…
Most free MMORPGs are inspired by anime, so they tend to have cute graphics and lusciously green forests, but Requiem takes another direction. Monsters aren’t at all cute cuddly wolves or happy slimes this time around, they’re disfigured abominations. Every swing from your weapon also splashes blood around and when the monster you’re attacking dies it doesn’t just fall over and disappear, it literally explodes and its blood and organs are splashed everywhere. The folks over at Gravity really did do a phenomenal job in creating a game that has a dark theme to it, and is a welcomed change from the more common upbeat anime style graphics that most free MMORPGs employ today. 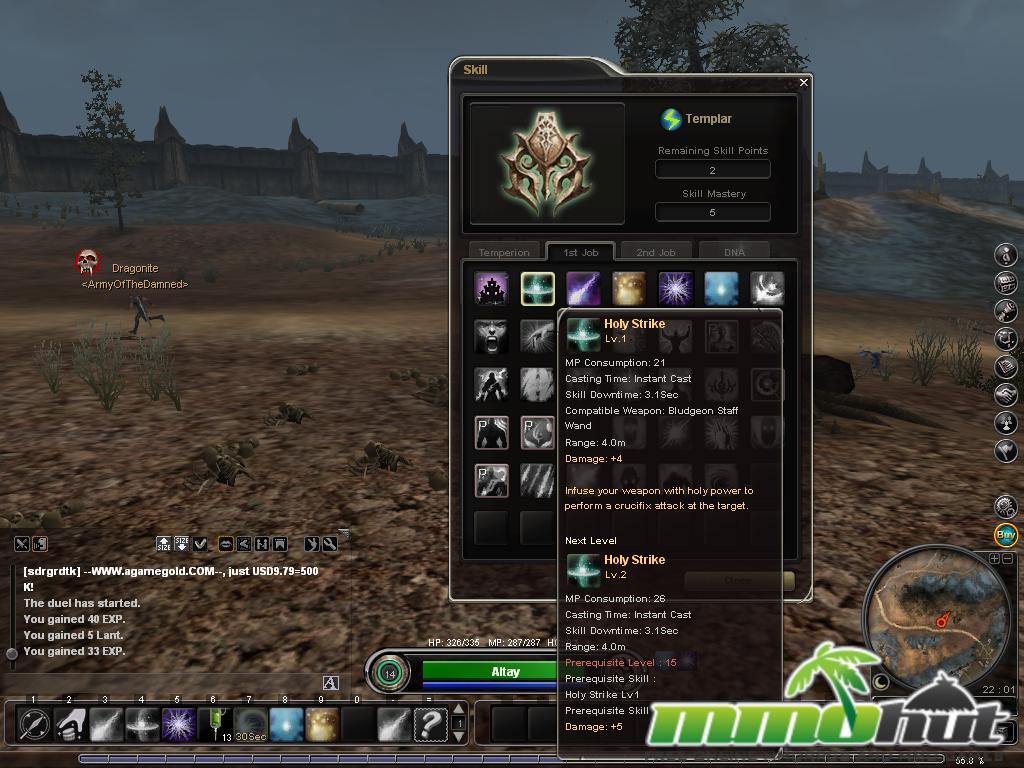 The core gameplay
Requiem’s core gameplay is pretty straight forward and plays just like every other MMORPG. The one interesting aspect of the gameplay that I personally liked was the fact that the game actually encourages partying. The game grants you a 10% EXP bonus for each person in your group after the first party member. I’d like to see other games employ similar incentives for players to group, as these games are supposed to be ‘massively-multiplayer’ not ‘massively-singleplayer’. The game’s skill system isn’t anything special, earn skill point by leveling up and use them to train new skills or improve your old ones by talking to your class trainer. Unlike a lot of other MMORPGs, Requiem has a fair amount of quests to complete, so you’ll rarely find yourself grinding. Most of the quests usually have long chains to them as well, so by the time you reach the end of a quest chain you’ll usually be rewarded handsomely for your efforts with experience and equipment. One aspect of requiem that I liked was the game’s strong emphasis on PvP, as the game’s battlefield based PvP areas can support teams of up to 96vs96 players at once.

Wait.. Did you say 96 vs 96 battles?
Yes I did, but before you get too excited, support for anything above 9 vs 9 is still under development, but the game’s PK system is currently full functional. If you’re playing on a PvP server, you can expect a lot of player versus player mayhem, as you can pretty much attack anyone anywhere outside of the newbie zones. The game does penalize you if you just go on a murdering rampage, but the fact that the game has open world PvP is definitely a plus. If you’re playing on a non PvP server, you have to use the game’s consensual dueling system to get any sort of PvP action or enter the game’s battlefield areas. Before you go off into PvP, you should understand the game’s DNA system first.

The DNA System
Requiem’s take at enhancing character customization is the DNA system. The system allows players to passively enhance certain aspects of skills. Everyone in the game has 5 ‘DNA slots’ that can be filled up with special DNA strands to improve your skills. All of the game’s DNA’s effects skills, for example one particular DNA upgrade may reduce the mana cost of your attack while the other will reduce its casting time. Not every skill has DNA upgrades for it while others have multiple upgrades. Having all 5 of your DNA slots filled up can sometimes trigger hidden DNAs to be unlocked, so try and experiment and see if you can find any good combos. Each DNA item can also be upgraded five times, with each upgrading increasing the DNAs potency. The DNA system adds a great deal of variety to the game, because of the sheer number of possible DNA combinations out there. The system isn’t perfect, as I would like to see DNA upgrades that actually improve your stats rather than just augment your skills, but I’m sure the folks over at Gravity will fine tune the system to add even more variety. 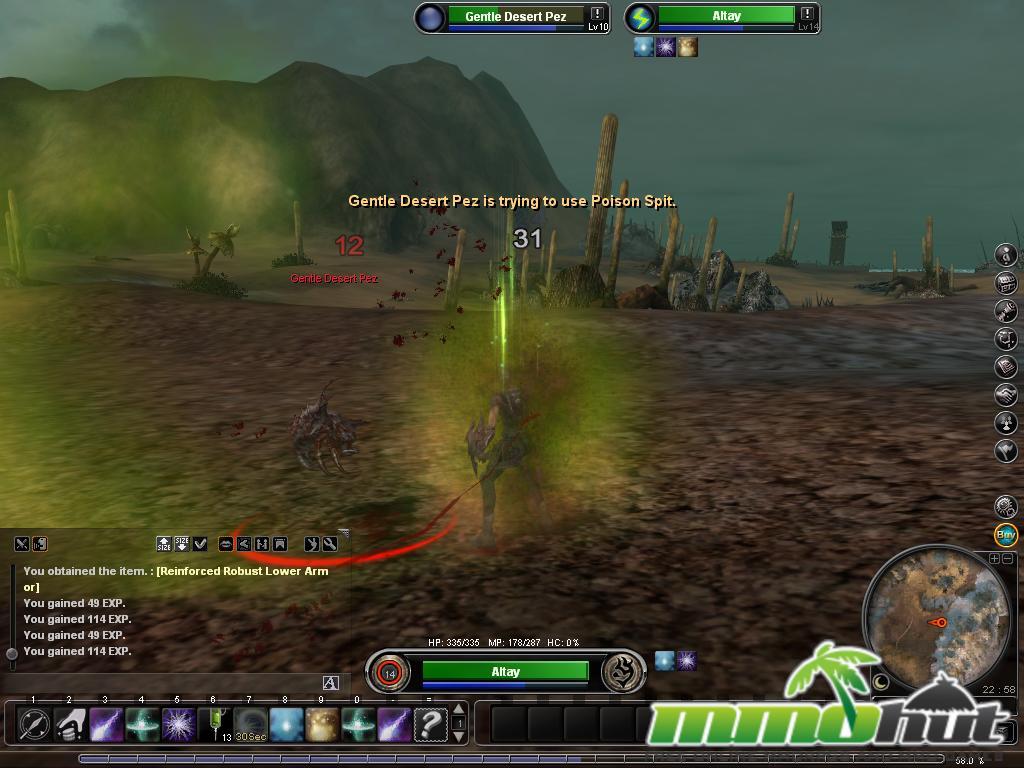 24 Classes? Awesome!
One thing Requiem did really well was create a large variety of playable classes, 24 to be exact. Start out by selecting your race from the game’s four playable races, Turan Bartuk, Kruxena and Xenoa. Pick your race carefully though, because classes are tied to your race. Turans for example can become defends or Templars at level 10 while Bartuks can become Warriors or Shamans at level 10. For a full chart on what race can become what class, just head on over to the overview page. I’ve always been a fan of the ‘job advancement’ system, as it’s a great way to keep players engaged in the game. I remember when I used to play Ragnarok Online, I would push myself to keep leveling because I really wanted to get to my next job advancement so I could learn new skills. The job advancement system is great, but the only drawback to it in Requiem is that going from your level 10 job advancement to your level 50 one just takes too long. If Gravity had something in between the level 10 job advancement and the level 50 it would have been so much better, as huge gaps between job advancements are turn offs for most gamers, as the next job advancement feels too ‘out of reach.’

Final Verdict: Good (3/5)
With its unique ‘horror’ atmosphere and top notch graphics, Requiem is worth the download if you’re looking for something a bit different than your usual MMORPG. The only real complaint with Requiem is that even though it has a fair amount of quests to do, leveling feels slow and combat is repetitive.