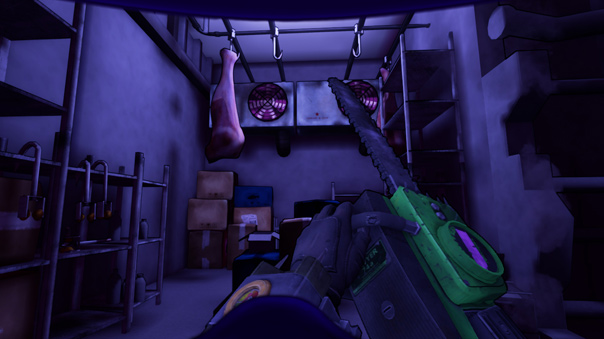 The ‘Murder to the Max’ video showcases Red Awakening’s focus on horror, stealth and subterfuge, rather than the familiar first-person run-and-gun approach. Red Awakening draws stylistic inspiration from the slasher movies of John Carpenter, Tobe Hooper and Dario Argento, whilst its gameplay is influenced by the likes of the original Thief, Manhunt, TimeSplitters 2 and Condemned: Criminal Origins, but with the objective team-based gameplay of Counter-Strike.

Rob Peall, Game Director, Domino Effect, said:
“We have found that the slasher genre in video games is an essentially untapped market with the potential to create a unique virtual experience. With Red Awakening players are put at the heart of their very own slasher movie for the first time, and let loose.”

Domino Effect will shortly launch a Kickstarter campaign for Red Awakening to help the indie developer fund the final stages of development. Red Awakening is planned for release on PC late-2015, with Xbox One and PlayStation 4 in 2016.