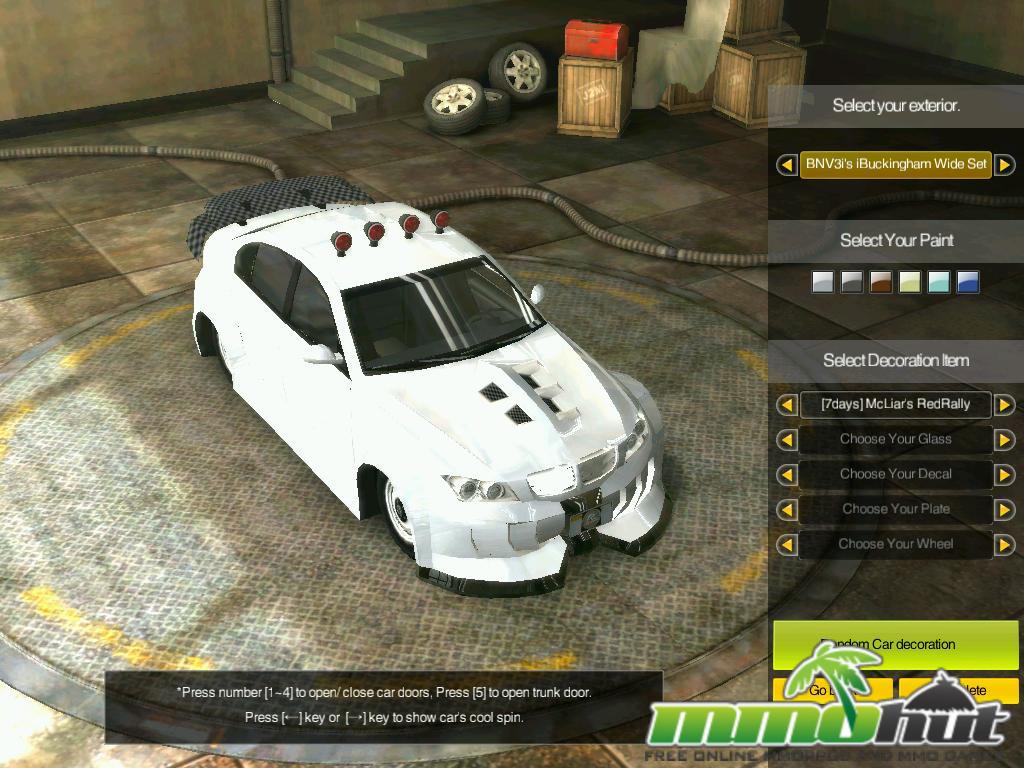 After playing and enjoying Project Torque as well as various other MMO Racing games, I was a bit excited about RayCity well before the game even came out. For those of you that haven’t heard of RayCity up until now, it’s a 3D Racing MMO developed by Electronic Arts and published by the South East Asian publisher PlayPark (AsiaSoft). The game have gorgeous realistic graphics and an open ended virtual world similar to that in games like Drift City and the Grand Theft Auto. Frankly, just seeing another racing MMO has me all excited, as I was upset to see games like GoGo Racer, Kart N’ Crazy and Kart Rider shut down. Those looking for an engaging racing MMO should definitely read on!

A somewhat Unique Experience!
Players start off their racing career in RayCity by selecting one of four starting vehicles – Thousand, iSpa, AltoQQi and BNV3i. I’m actually pretty confident that these aren’t real world vehicles, but since I’m not a car enthusiast, it doesn’t make a difference to me. I’m sure some gamers would have preferred vehicles in the game to resemble popular real world cars, but that isn’t the case in RayCity. After choosing a car, players can create their own character’s name as well as a nickname for their vehicle. Car customization options are quite limited, as players can only choose from a handful of different colors and accessories. 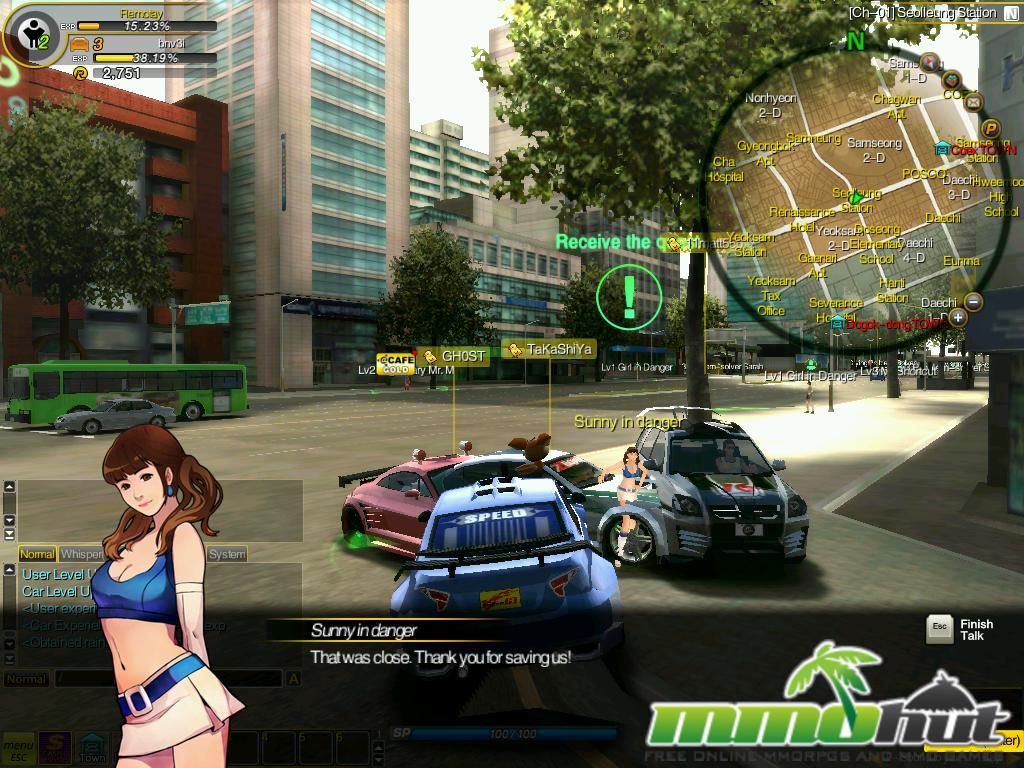 The entire game is set in Seoul, South Korea, where the gameplay is broken down into two different aspects. On one hand, you have the MMO aspect of the game which takes place in a persistent world city where players are free to explore and complete various quests, on the other hand you have the ‘lobby based’ racing experience similar to games like Project Torque and UpShift Strikeracer. In fact, for all intents and purposes the core gameplay in Ray City is identical to that of Drift City, which in my opinion is a good thing.

A Good Start!
Before being thrown into the busy streets of Seoul, players are presented with an optional tutorial. If you’ve ever played a racing MMO in the past, you can hit ‘ESC” to skip it. The only reason I didn’t skip the tutorial was because the hot anime chick explaining the basics of the game (Named Beautiful Yuna) said if you skip the tutorial, “You can’t get a lovely gift from me~.” Unfortunately, after completing the tutorial, the lovely gift wasn’t nearly as lovely as Yuna suggested – as all I got for completing the tutorial was a few useless starting items.

After finishing the tutorial, players are given the freedom to start exploring Seoul or jumping right into street races. I recommend following the game’s main storyline by talking to an NPC named ‘Sunny in Danger’, as questing in the game is the easiest way to earn experience and Rain (The game’s currency). Like Drift City, Raycity has a boatload of quests and an infinite amount of simple drive from point A to point B style delivery quests. As players reach higher levels, they’ll have access to faster cars and more advanced components to tweak their cars. The environments in RayCity are easily one of the best aspects of the game. The entire city is gorgeously designed and feels truly ‘massive’. Even just driving around aimlessly can be, for a short while, an enjoyable experience.

Repetitive Questing
My single biggest complaint with RayCity is that practically every single quest in the game involves picking up a passenger and driving them from point A to point B. There are a few other kinds of quests, but whenever you’re not racing against other players in the lobby based racing area, you’ll find yourself picking people up and dropping them off at their destinations. The weirdest part of all this, is that the route that the game makes you take to complete a standard taxi style mission makes no sense. I often find myself driving in circles around a city block only to drop off my passenger in the exact same spot that I picked him up. In fact, this happens 90% of the time, which leads me to believe that the game’s developers either really hate taxi drivers and wants to portray them in a sadistically negative light (after all, it’s not uncommon for taxi drivers to take longer routes to their destinations to earn more in fares) or the game developers are just really confused. The quests are rewarding though, so it does pay to grind set aside a few hours and just grind quests.

Genuinely Fun Gameplay
Even though questing in RayCity gets repetitive quite fast, racing in the game is genuinely fun. The racing mechanics themselves are quite simple, but what makes the game fun is its excellent presentation. Movement is fluid, the background music is great and there’s plenty of room for car customization. Players can spend the ‘Rain’ they earn through questing and racing on new vehicles or even parts to fine tune their current car. The game’s competitive racing takes place in a lobby where players can enjoy 18+ tracks and 3 different game modes supporting a maximum of 20 players in a single race. 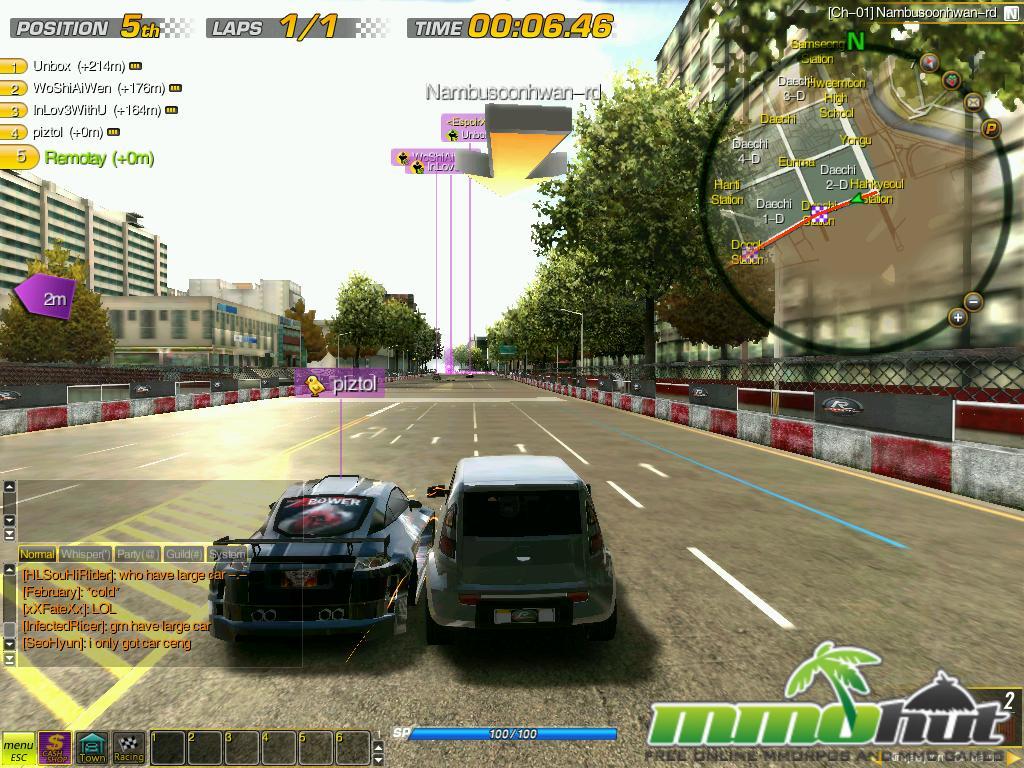 My only real complaint with the actual racing component on RayCity is that the races are far too gear dependent, meaning the player with the fastest car and best parts will usually end up winning. This is an issue that unfortunately plagues most racing games, so I can’t really blame RayCity. Luckily, the game does break down channels by levels, so high level players are prevented from joining newbie games.

Really Impressive Interface
RayCity does an excellent job in presentation. Nearly all aspects of the game, aside from some poor English translations, are extremely well done. Players can easily get from one end of the city to another by simply clicking on the map, which activates the game’s auto-navigation. This makes getting around Seoul convenient. Players aren’t advised to use the auto-navigate during taxi missions, as most of the missions reward players for performing various ‘dangerous’ tricks (Like driving close to other cars, and jumping over them) as well as avoiding collisions – both of which the game’s auto-navigation does rather poorly.

The game’s soundtrack is also quite impressive. Most of the tunes in the game were Korean, but they seemed to fit the game’s atmosphere quite well. A few of the songs were entirely in English and hearing various Korean rock bands were quite entertaining. Even though RayCity is published in South East Asia, North American and European players can sign up and enjoy the game without restriction. The game is entirely in English as well, and aside from some less than stellar translations, things are largely easy to figure out. Some of the taxi style missions are a bit ridiculous, but it adds a bit of light hearted humor to the game. One of the NPCs I had to pick up and drive to his home for a quest took a short nap at the local park and upon waking up all of his clothes were stolen. How a thief managed to take off a person’s clothes while they’re sleeping without waking them up is beyond me.

Final Verdict – Good (3/5)
RayCity is a fun racing game with has a certain ‘high quality’ feel to it. The environments are gorgeous and the gameplay is straight forward and fun. Unfortunately, questing in the game is incredibly dull and I’d also like to see more variety in the game’s store.