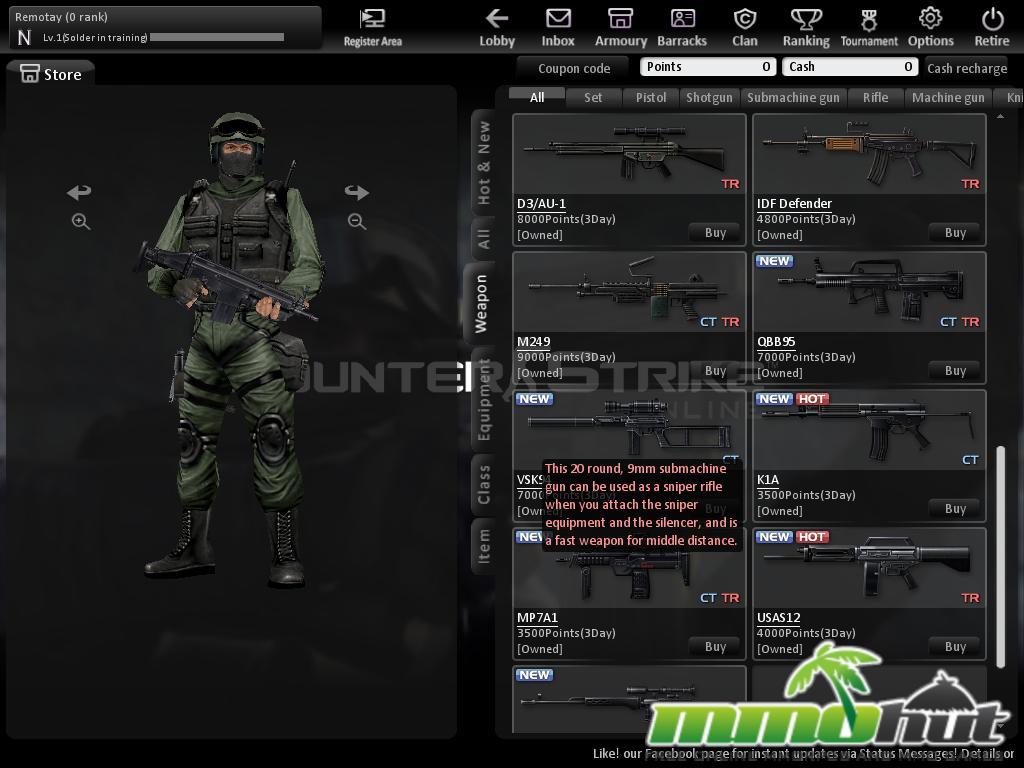 As mentioned earlier, Counter-Strike Online was designed for gamers in Asia, and is thus hosted in Asia. Nexon runs the game in South Korea, while Gamania runs the game in China. IAHGames runs the game in Malaysia and Singapore in English, without any IP restrictions. This means that the servers for Counter-Strike Online are located in Malaysia and Singapore, which means even though anyone in the world can play on these servers, there are serious latency issues for those outside of South-East Asia. In an FPS game, low latency is extremely important – so those outside of South East Asia will have difficulty finding games without lag. From my experience, pings of around 200-300 are normal when playing from within the United States. The lag issues unfortunately make the game nearly unplayable from the U.S.

I’ve personally played the original Counter-Strike game on Valve’s steam service on and off for over 7 years. In fact, I remember when Steam originally launched and players had to log in through steam to play multiplayer Counter-Strike. I remember before the Steam service launched, anyone could play Counter-Strike for free, as the game never checked the validity of your Counter-Strike CD Key, and you and a dozen friends could share the same bogus key and it wouldn’t matter. That all changed when Steam launched – as Steam required users to have a valid unique serial code for Counter-Strike before being able to play. I thought I’d never see the day that an official version of Counter Strike would launch that’s free to play, but I was wrong. Counter-Strike Online plays almost EXACTLY like the popular Steam version, except with a bunch of new features 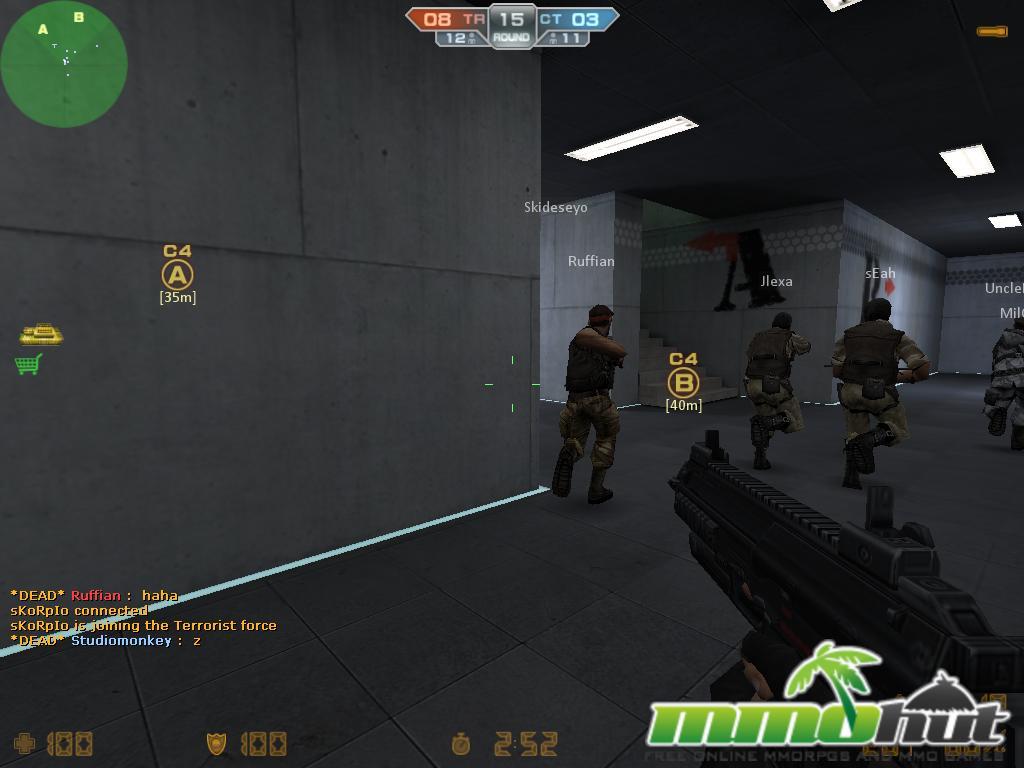 This Looks and Feels Familiar

One of the main reason’s that Counter-Strike has remained enormously popular even 10 years after its release is its balance. Since Counter-Strike Online is based off of the original Counter-Strike game, the maps and weapons all remained well balanced. Unfortunately, even though no weapon is “over powered” some weapons are extremely weak – which is why most people in competitive games stick to using either AK-47s or M4A1s. So many weapons in the game are underpowered to the point of being useless – but this shouldn’t be a surprise to anyone familiar with the Counter-Strike games. 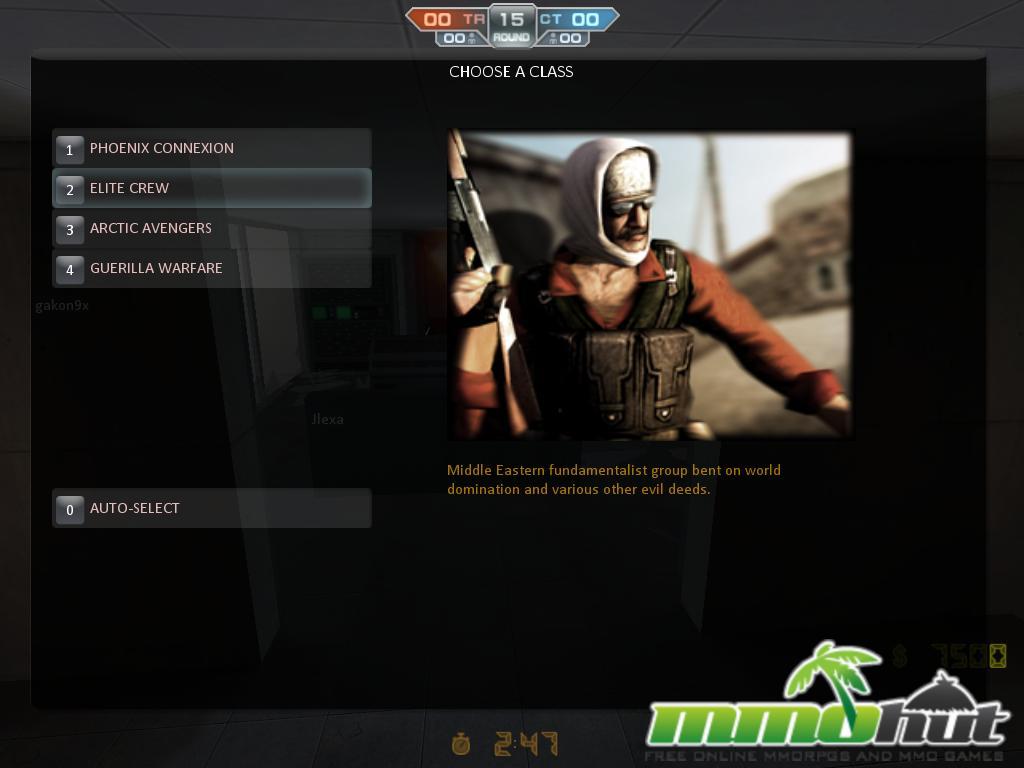 Counter-Strike is most certainly one of the most iconic PC FPS games out there, but even so, it’s not getting any newer. MMOFPS games like Alliance of Valiant Arms, Genesis A.D, and even Cross Fire all have vastly superior graphics. Many of these newer games have more functional user interfaces too, which makes it difficult to recommend Counter-Strike Online to everyone. Anyone who’s looking for a well balanced game should definitely give Counter-Strike Online a try but those concerned with graphics may want to skip this one. The game’s biggest drawback though is its high latency issues. Anyone in the U.S. Or Europe can play Counter-Strike Online, but the lag issues make the game nearly unplayable.

Counter-Strike is a game that has survived the test of time. The original game was released back in 1999 as a Mod for Half Life as a full retail game in 2000. In 2008 Nexon re-launched it as a free to play game in South Korea and in 2010 the game launched in South-East Asia through IAHGames. Counter-Strike is regarded today as the most balanced and competitive FPS, and is thus well worth checking out. The only major issue with Counter-Strike Online is is latency issues for those outside of South-East Asia. The only reason CSO’s score isn’t higher is its latency problems.