Pirates of the Caribbean: Tides of War Adds Captain Barbossa 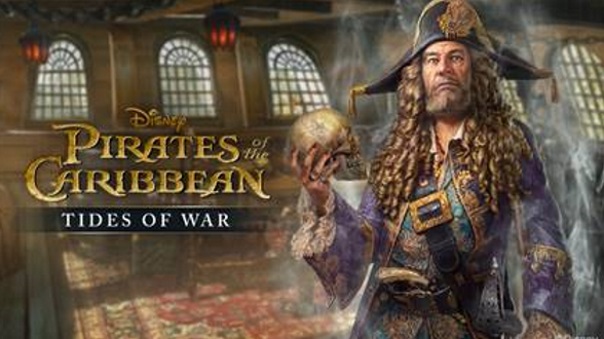 Fan-favorite in the Pirates franchise, Captain Hector Barbossa joins Joycity’s Pirates of the Caribbean: Tides of War. Captain Hector Barbossa’s Shade is a new tactician for the Queen Anne’s Revenge and provides a buff for a player’s crew and at the same time, debuffs the enemy. Tacticians are equipped to ships and lead hundreds of pirates into battle. This update brings a new
tactician stat system. Players will be able to conveniently see more details under the tactician menu and each tactician will showcase five attributes that strengthen over time.

In addition, Joshamee Gibbs has decided daily quests should provide greater earnings too. With that in mind, Daily Quests will provide Tears of the Mermaid and Bloody Coins to help recruit higher-tier pirates and complete research at the Lore Collection. Pirates of the Caribbean recently began celebrating their second year anniversary, and so an abundance of events and rewards are planned for next month. There are rumors of a special event happening on Facebook in June, so keep a weather eye out for updates on it.