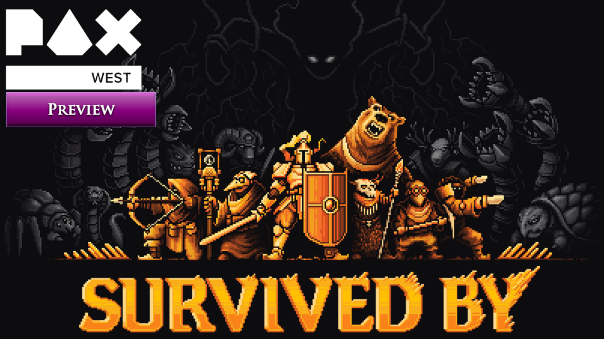 Just before PAX West 2017 began, Digital Extremes – publishers of Warframe, and upcoming The Amazing Eternals – announced a new MMO coming to its line-up: Survived By. Developed by Human Head Studios, Survived By describes itself as a “retro-inspired MMO roguelite.” With its debut at PAX, I took a hands-on look at this fun free-to-play title.

If you ever played Realm of the Mad God, you’ll be familiar with the basic concept behind Survived By. The game is a top-down 2D bullet-hell fantasy RPG, featuring small servers (100 players per) with both an open world and instanced dungeons. But unlike ROTMG, where death offers little reward, death in Survived By offers a legacy that makes a constant impact on your gameplay. 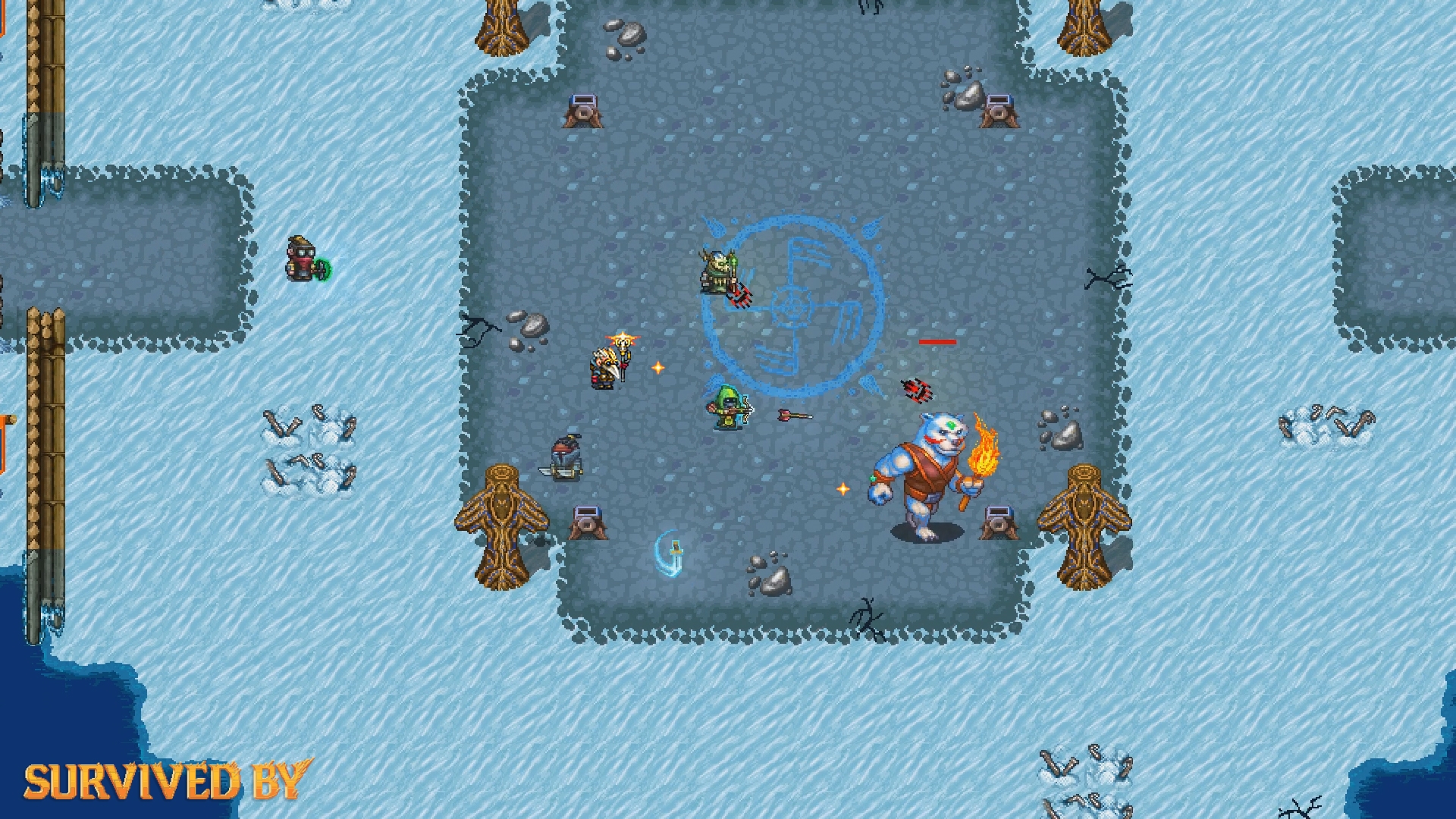 There are six starting classes in Survived By, each designed to have solo survivability and each with their own unique skill: Alchemist, Harbinger, Infiltrator, Sentinel, Geomancer, and Druid. For the demo, I picked the druid, which has the ability to transform into a bear. Controls are simple: left click offers the basic attack, and right click enables the special ability. Special abilities cost mana, which can be recharged by killing enemies using your regular attack. There are also consumables which will help you survive longer, and enemies also drop items used in a crafting system (which I did not get a chance to see).

As I fought my way through a dungeon, the team explained to me that each server had its own open world, which supported up to 100 players per server. Players can also uncover instances, which hold open an entrance portal for 90 seconds that anyone can hop in. These instances are procedurally generated, and can include traps and dead-ends for the unsuspecting adventurer. Of course, they also contain a variety of enemies with their own attack patterns. 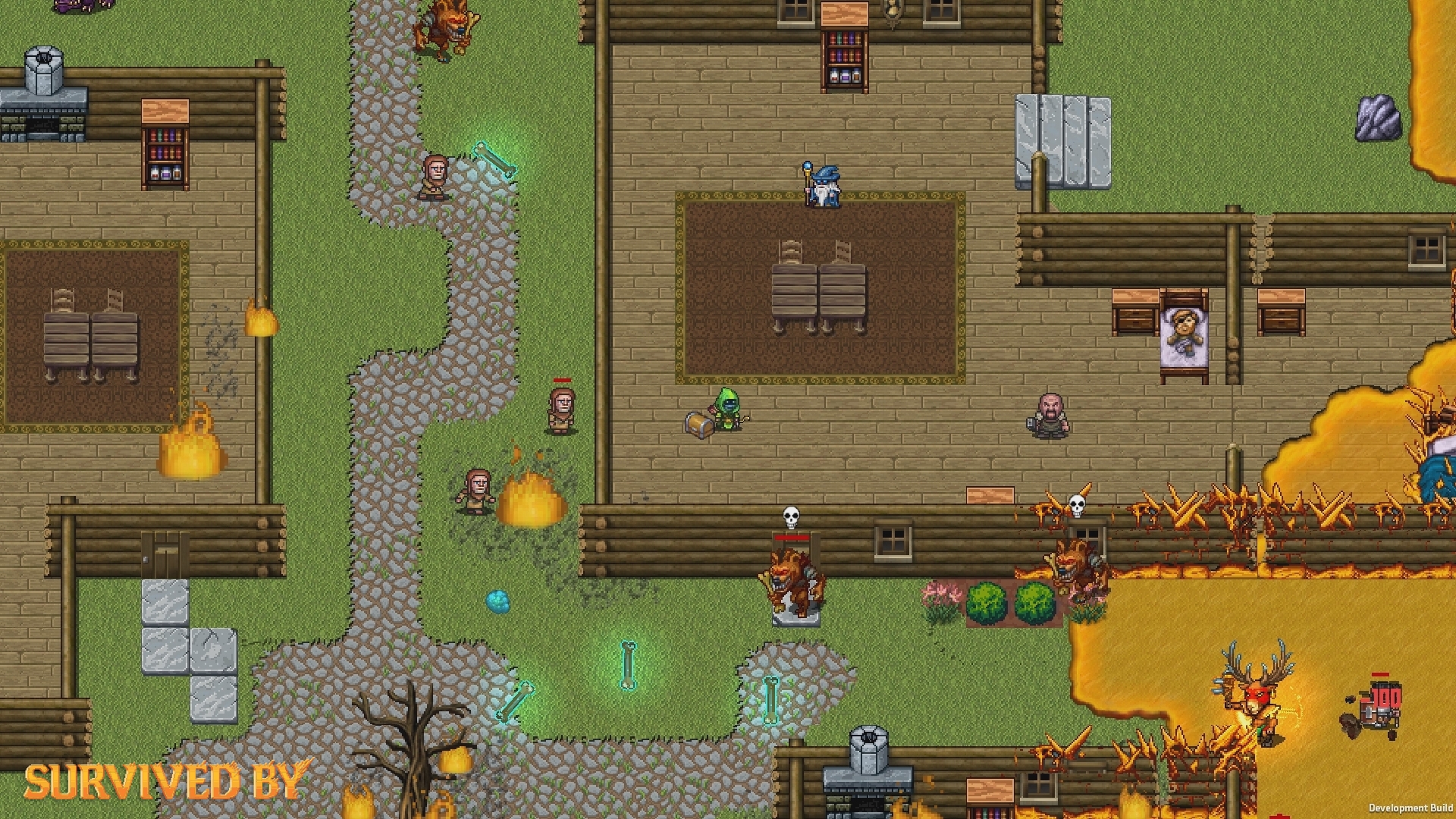 Though Survived By is a roguelite, death is not completely punishing. On death (unless you’re committing newbie suicide), your character leaves behind a Legacy, a “card” which carries with it some particular buff, boost, or trait. Four of these cards can be equipped when starting a new character, giving them a variety of advantages suiting your playstyle. Each card also carries the stamp “Legacy of (CharacterName),” meaning that your Legacies will also be able to remind you of the memories of previous characters – not nameless entities sent to constant death, but part of your personal journey in the world.

While I only got to spend about ten minutes with the game, Survived By played smoothly and seemed like a promising fun game. I’ve always been a fan of roguelikes and roguelites, and Survived By looks like it will give more depth and progression to it than its Mad-God predecessor. Look forward to seeing more about the game soon.