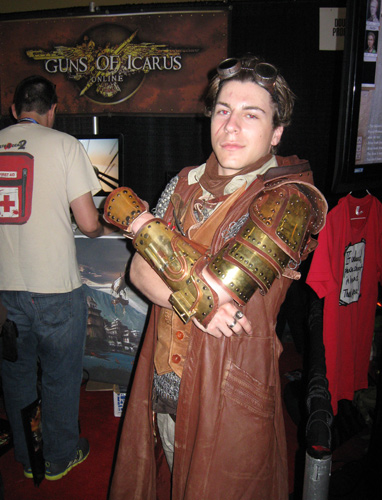 Guns of Icarus Online is a bit of a niche title. It surprises me how often I chat with someone who has never heard of it before. But the response is usually a nod of approval and intrigue after offering a brief description of the game. The concept is simple but brings some innovation to the industry. Pilot an war balloon ship over a vast desert wasteland in a world in which the first World War never ended and Steampower continues to dominate innovation. And while this sounds like a sound enough basis for a game, it’s what Muse Games does with teambuilding that sets it apart.

See you aren’t alone on these ships with AI crew members running around handling the maintenance and aiming the guns. Instead your crew takes on classes including engineer, pilot, and gunner as you work as one to fire all cannons at enemy ships while dodging their assaults and flanking maneuvers and keeping your ship from falling apart with spot check style repairs. This apparently was not enough for its player base as its arena style combat no longer kept them satisfied. They voted with their dollars and during PAX East doubled the funding goal on Kickstarter to make Adventure Mode a reality. 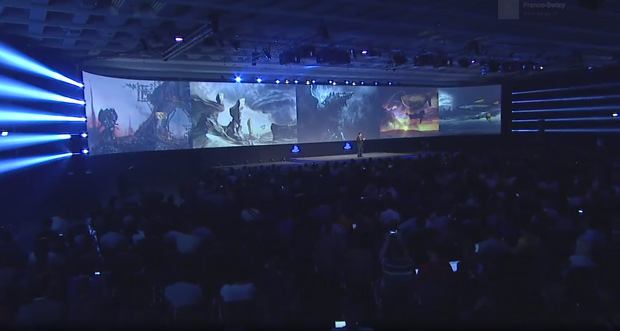 Now Muse Games is in full swing developing an entire world featuring nations, towns, PvE missions, and powerful enemy AI ships to add flavor to the already existing PvP warfare. Well lucky me, I got to view some never before seen (and still private) concept art pieces of what’s in the works.

Planes – Soon Zeppelins won’t be the only aerial fighter circling the skies. Large carrier style AI controlled blimps will soon be unleashing AI controlled World War II stylized planes to take players out en masse. These planes might be fast and crafty, but Muse Games is focusing on realistic G-Force effects and actual banking limitations to put a chink in their armor. As such if you pressure a plane to bank too hard or fly too high, their engines might stall out or their pilots could even lose consciousness. 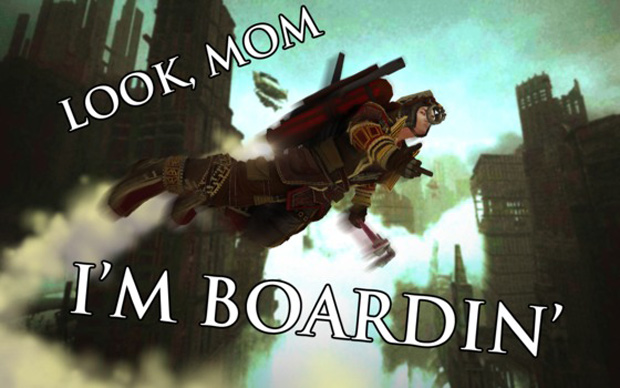 Full Town Concepts and Faction Flavors – While I can’t share too much about the teased moral decisions involved with the various factions, I can say that the creative minds building Adventure Mode at Muse Games are twisting various locations and architecture styles in Asia and the Middle-East to make their Steampunk variant. Towns look to be large and elaborate, complete with building interiors and possible docking bays. Muse has a goal of offering actual docking bays where other players could stand and marvel at your customized ship while you go about town. The recent image of a rocket pack seems to suggest that you’ll be able to even board back into your floating ship with random people you met in town. The systems are still in the works but the ideas are certainly coming together. 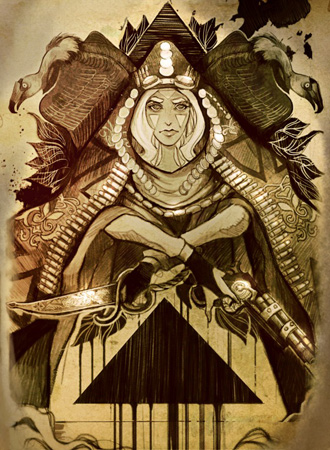 I also got a glimpse of some concept art on the Arashi League ships. To describe them as a random mish-mash of technoscraps would be accurate. Imagine modern technological weaponry tied together to scrap metal with various ropes and metallic bars as the mortar and glue and you’ve got a decent image of the type of war balloons these hardy desert scavengers will be sporting. One particularly interesting ship even had a metal plate cover protecting its squishy balloon from a top down bombardment. Pretty slick and functional I’d say.

The Warwhale – While the name might be creative license on my part, I can confirm that a flying whale with a back covered in island looking debris is being drawn up. And no image on google search is even remotely close to what it looks like. Muse Games joked it was going to be a developer piloted ship to take the fight back to the players that always pick on them. No matter what the real reason or purpose behind this whale though, gamers had best sharpen their harpoons and ready their best Captain Ahab impression because the hero that takes this down first is surely getting some recognition. 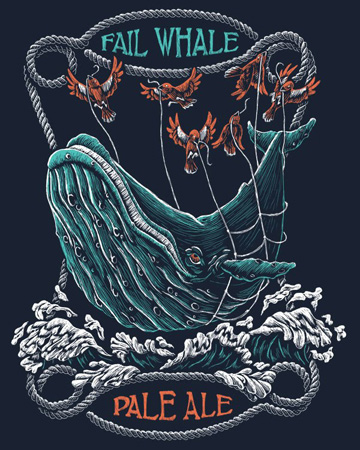