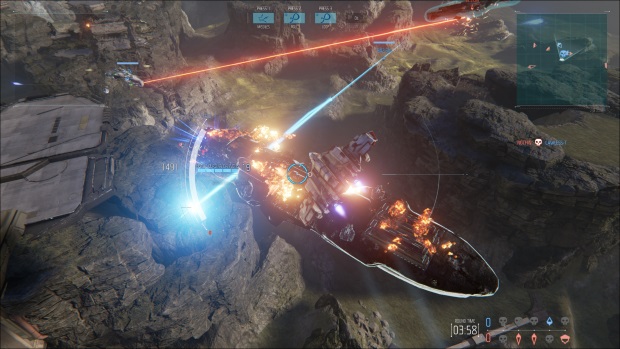 When I visual space flight simulation titles, usually the fast and flighty personal vehicles made infamous in Star Wars come to mind. True to its name, Dreadnought takes a far different approach to the genre, be creating what I can only describe as World of Tanks in space. Dreadnought pits five heavily armored massive battle crafts against another team of five in the ultimate game of chicken to see which side goes down in blazing glory first. These battles are less about twitch reaction speeds than they are about tactics, positioning, formation, and energy management. Ok fine I guess there’s some twitch reaction skill involved but let’s break down the ability system to gain a better understanding. 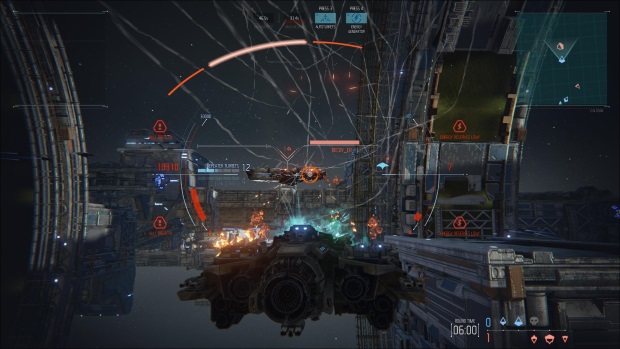 Each of the five classes available in the pre-alpha test on display at PAX bring three unique abilities to the table. Typically the pattern is two special offensive abilities for truly nuking a foe down, one defense ability to save yourself from said nuke skills, and an ultimate skill of randomness that sometimes seems more useful for making your opponents go WTF? Than actually improving your chances of battle. At least until you get some serious time in-game to figure out the proper mechanics behind your vehicle. Considering I was playing while an hour long line of PAX goers glared at my line cutting ass, I had no such luck reaching that point before moving on for fear of assault.

The skills are beautifully animated and epic enough to be justifiable trump cards on multi-billion dollar military constructs. Assuming the dollar is still relevant this far in the future (‘Murica!). The smaller crafts can unleash dazzling arrays of balistic missiles that give more truth to that name by literally spazzing through the sky slamming the first ship foolish enough to enter their control zone. Another rogue type ship can stealth in to get nice and close in a larger ship’s blind spot before unleashing hellfire. A larger battlecruiser can charge its laser, with increased rewards for how long you charge before firing. Though the trick is if you don’t fire by a set limit, the skill is wasted. And considering the laser charger is on the nose of your craft, and the craft turns with the speed of the Yamato battleship, it takes some skill to know when and where you can best utilize this ability. Another ship offers a laser beam that can harm enemies or repair allies, with greater efficiency offered the closer you get, offering some great risk reward gameplay in wondering how close can your medic get to the battlefield before the enemy finds you as their prime target. 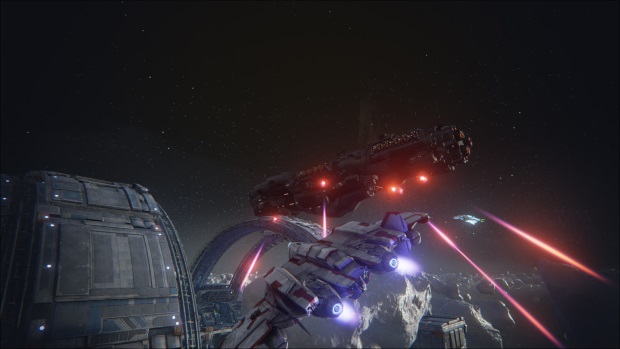 Its worth noting that outside of these abilities, all ships have a primary (usually long ranged and accurate) and short ranged auto attack ability that operates on an unlimited ammunition system only halted by the occasional reload. This keeps the action hot and heavy even in the situations where both sides have burned through their entire skill bar into a stalemate.

The ultimates spanned the gambit from a simple immelmann turn (Basically the u-turn move from Star Fox) to jumping your massive battlecruiser into warp drive to teleport halfway across the map. Another interesting ultimate present was an instant recharge of your energy system, a mechanic that in the right hands can completely change the face of battle. 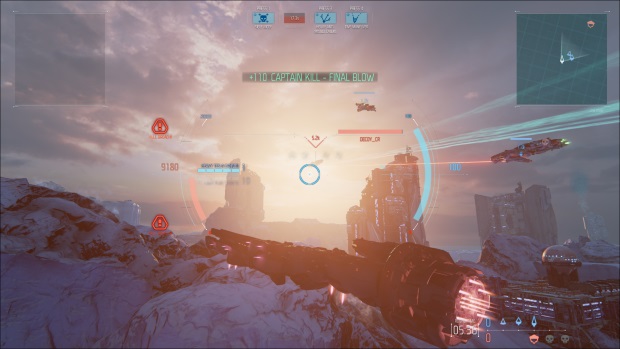 Divert All Secondary Power to the Shields!

In our previous encounter with Dreadnought, the game featured a wonky and nearly impossible to master system of separating your ship’s power supply between weapons, shields, and thrusters. In the end all but the most veteran players found themselves micromanaging their perfect ratios more so than enjoying epic space confrontations, and the devs agreed this was an issue.

As of this session, you now have a resource meter called energy, which drains as you set your ships focus to one of your three assets. You can change this back to neutral at any time to begin reclaiming your energy for a time when you’ll need full power. This is where the twitch skill comes into place as you’ll often only have a few seconds between recognizing you’re underfire and going down in a blazing glory, unless you get those shields online to deflect damage. Other times, firing up the thrusters might just get you out of the way of the laser of death, considering the turning speed of the ship firing it will likely not be able to track a fast target. The rogue ship can do absolutely devastating by turning their power to offense just before exiting stealth, and then unleashing all offensive abilities in rapid succession. The previously mentioned ship that can recharge its energy as an ultimate on the other hand may be slower than a sea slug, but with essentially 2 full bars of shield capacity at its disposal, it can outlast most any ship in a 1v1 battle should they not get attacked by surprise. 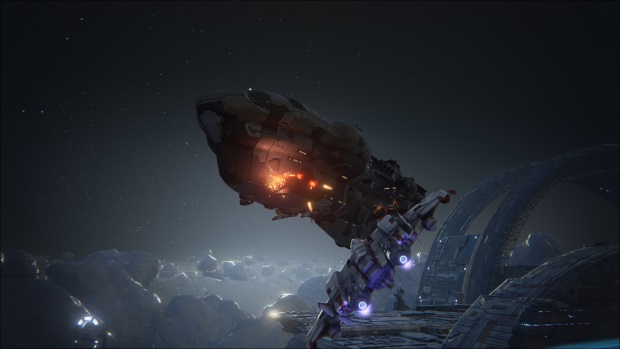 While the constantly improving gameplay and polish on Dreadnought is phenomenal for a free to play game that’s barely entered a friends and family level of beta testing, there was more to be seen in the secret dark cavern where they locked their development team away. Currently only one game mode existed, featuring endless respawn battles until a points total was reached by one team. At this reveal, a new survival mode was introduced more in line with the setup seen in World of Tanks where each player only has one life to live. This mode is made for separating the men from the boys as you can’t just willy nilly pick whatever ship you fancy each time you respawn, and instead need to plan out a strategy revolving around your total team of five ships.

While this is a nice edition I was at first worried as I’m not a huge fan of the theory that this style of mode makes players fight more competitively. On the contrary the ability to leave a battle early after being destroyed seemed to make the average player even less inclined to care about the outcome of battles, and take each battle less seriously as a result. Dreadnought feels they have the answer to this in the form of a respawn in this mode involving the tiny personal space fighter vehicles I started this article out saying this game wasn’t about! 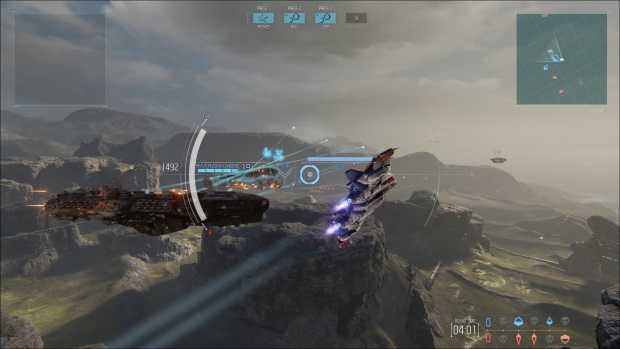 While in the most basic of prototype with placeholders existing for the new vessels, the idea behind this is to let the player still participate though with much less impact, while still contributing to the overall strategy of the team. The respawn can be as a dodgy fighter that can circle and harass ships at high speeds, a less flighty bomber that can bring heavy pain to the enemy if left ignored, or a defensive anti-air vessel ideal for rallying around a slugging but powerful surviving partner to offer some cover fire from the stronger abilities in the game. Its a hell of a lot of fun and quite enjoyable to shout out to your last surviving team member as they duke it out in a final duel with their 4 teammates buzzing around them like cleaner fish supporting a shark. That’s a weird analogy, but I’m sticking to it.

One last comparison I’ll give these guys to World of Tanks is they’re clearly perfectionists. I don’t expect we’ll be playing an open beta of this game any time soon, especially with their elaborate plans for a fully fledged story driven single player campaign. That said after a small taste of what’s to come, I’m more than confident that the wait for Dreadnought is well worth it.