Paladins offered a glimpse at the work in progress upcoming illusion focused hero, Ying. Building off of trashed concepts from previous hero Evie, Ying offers a kit ideal for a tactical mastermind to straight out mind**** their foes by always staying one step ahead. Let’s look at what we know on her kit.

Her Q is the basis for the rest of the kit. She summons illusions of herself that are seemingly indistinguishable from herself outside of leaving a tombstone upon being destroyed. Ying can spawn 2 illusions, and they can’t move, though they will attack akin to turrets.

Her F, Dimensional Link, allows Ying to teleport to her illusions, or their persistent graves. She can teleport around for a 4 second duration after activating. 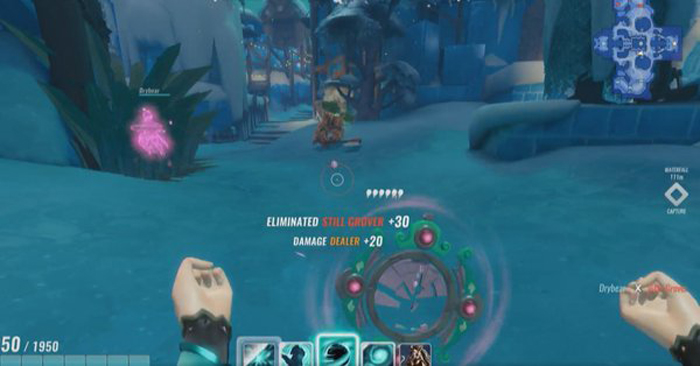 Dimensional Link ties in well with her alternative attack, Shatter, which turns her illusions into suicide bombers that will rush at the nearest enemy for 2.5 seconds before exploding. By throwing yourself in harm’s way, you can activate shatter and then swap places with a clone just before it explodes, leaving your foe caught entirely off guard.

Her standard attack is a channeled beam with 6 clips, 5 shots per clip. Pretty standard stuff compared to the rest of the kit.

A solid facepalm was had by all when Drybear revealed the ultimate, Illusionary Rift, wasn’t finished for preview yet. It seems related to illusions, maybe multiple, and likely is some super version of Shatter. But for now that’s all speculation and could even change as testing and balancing continues.

Closed Beta update 20 is expected to be massive, including a huge Horde Mode, though nothing was shown in this week’s Livestream related to this. But with April expected to be the biggest month of updates in Paladin’s testing so far, there’s never been a more exciting time to jump into closed beta and try it for yourself. Grab a beta key from our giveaway page while supplies last!

Credit for Ying screenshots to schadstoff of the Paladins Subreddit community.