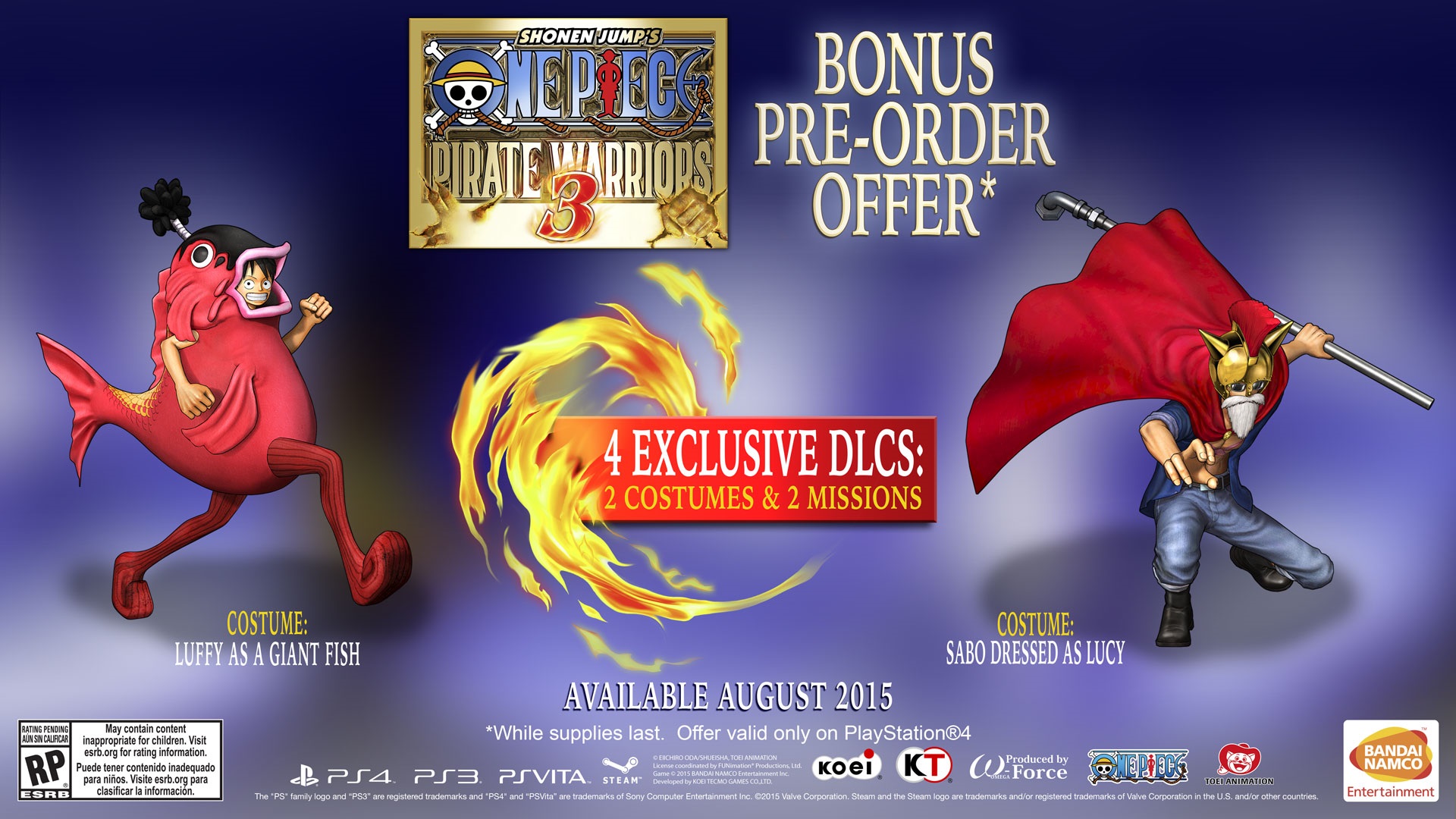 One Piece: Pirate Warriors 3 is the latest action game collaboration with KOEI TECMO Games that brings together all the whimsical and powerful characters from the ONE PIECE series for more unrestrained fighting action in true Dynasty Warriors style on the PlayStation®4 and STEAM for the very first time! Players can look forward to more action than ever and improved cooperation battles through the new Kizuna Docking system. Execute special cooperation attacks with allied characters by activating Kizuna Rush to finish off waves of enemies with a dramatic flair.

One Piece: Pirate Warriors 3 is scheduled for release in the Americas on the PlayStation®4 system, PlayStation®3 system, PlayStation®Vita handheld system and STEAM in August 2015. For more information on BANDAI NAMCO Entertainment America Inc. game titles and products, please visit http://bandainamcoent.com.