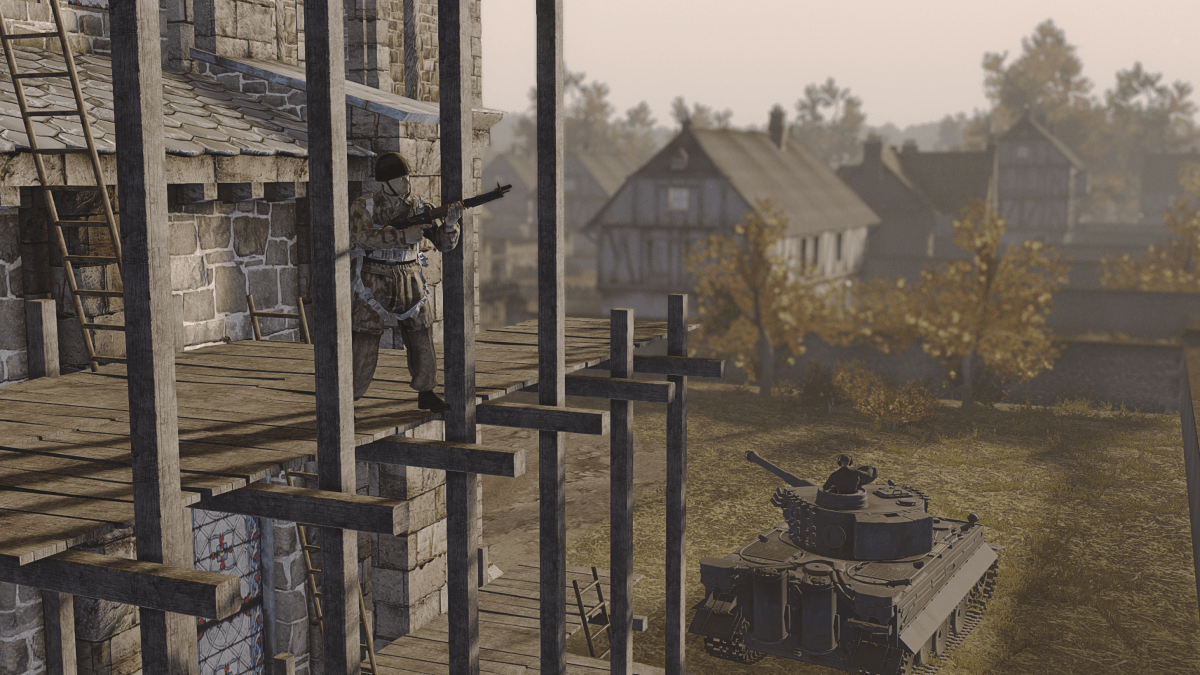 Inspired by the forward airstrips built by Allied troops across Europe during WW2, the new Forward Airfield assault map is a feature requested by the Heroes & Generals community. The seventh map added to the game allows a mix of close and longer range combat in the area in and around a small village overlooking a river where a nearby farm has been laid out as an impromptu airstrip. Taking into account player feedback from matches they most enjoyed, the Forward Airfield is designed with three main objectives–the airfield, village church, and bridge controlling access to the village. The layout facilitates early progress for attackers while giving defenders a strongly defensible objective, encouraging matches that result in an exciting end battle near the final capture point.

Additionally, the Utz update brings more natural and realistic soldier movement, a series of tweaks to semi-automatic rifles giving them less sway, Combat Badge adjustments and additional changes to graphics and sound. A full changelog for the Utz update can be found here.

Heroes & Generals, where players fight alongside Heroes for the fate of Europe or direct the tides of war as a General, recently saw the release of the massive Soviet update codenamed “Timoshenko” that added dozens of new weapons, new vehicles and planes and 1,000 new battlefields. Heroes & Generals is set to keep growing following the release of this largest ever update and more than 4 million players the game has been a consistent fixture in the top 10 of free-to-play games on Steam since its July 2014 release on Early Access.