Old-School Runescape Celebrates A Half Decade of Success 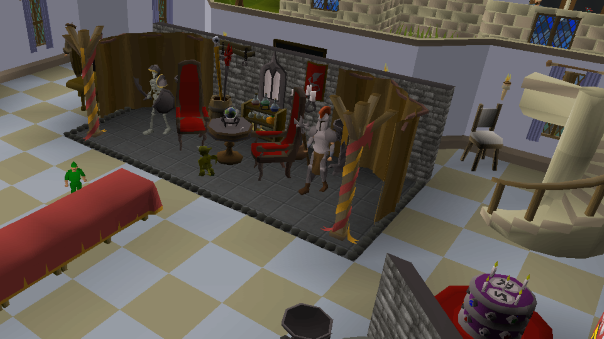 Get out the party hats! Old-School Runescape has officially hit five years old, and to mark it, they’re celebrating! A new adventure has launched that sees participants helping Da Vinci with a new painting commission, and will be rewarded with the ultimate Old School prize: the iconic sword, emblazoned with the game’s logo. Originally launching in February 2013, it began as a nostalgic trip for vanilla RuneScape fans who were eager to experience the original 2007 game. Over the past five years, dozens of updates not seen in RuneScape came to Old-School Runescape, including new quests and landmasses. The competitive nature of it brought to life the seasonal Deadman tournaments that have propelled it to be the #1 competitive MMORPG, as a well as a widely-watched game on Twitch. Today, Old School is launching a dedicated Twitch channel at https://www.twitch.tv/OldSchoolRS, and will kick off a live fifth-anniversary show today at 7pm GMT. The Deadman 2018 Spring Final, which will see the top 2,000 players compete in an unrelenting fight for survival and a $20,000 cash prize, has today been confirmed for Saturday 17th March and will be live streamed on the new Twitch channel. In addition, Old-School  RuneScape is coming to mobile with full cross-platform play and a mobile-optimized interface. More info can be found below.

Mathew Kemp, Senior Product Manager, Old School RuneScape, said:
“2018 is a huge year for Old School, and not only because of these anniversary celebrations and the launch of the game’s own dedicated Twitch channel. We are currently in the middle of a pipeline of closed beta tests forOld School RuneScape on mobile, and already are getting some excellent feedback from those lucky enough to receive an invitation. In fact, the feedback so far has more than validated our decision to make the full game available on mobile platforms for new, returning and current players later in the year.”
More Info
#runescape #oldschoolrunescape #sixyears #2018 #mobilegaming