GTArcade Celebrates Christmas Across Their Catalog 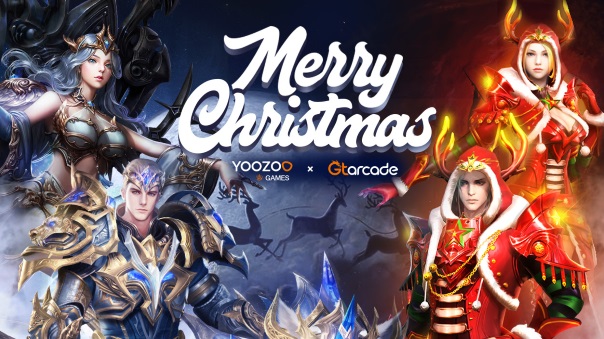 Yoozoo Games and GTArcade want to wish their audience a happy holiday season and celebrating across their titles. New heroes, mounts, events, in-game decorations and more are appearing in the GTArcade Desktop titles, from December 21st until the 31st. From Cross-Store discount packs, and special Christmas and New Year features, the list of events is below.

League of Angels 3: To be featured on Facebook games with a new mount (a Christmas Sleigh), new outfits and a new hero — Isolde, Empress of Ice.
Legacy of Discord: Will feature an all-new gameplay mode called Gods of Aurora — where players get to play as a Greek God and let their new-found powers boost yours.
Era of Celestials: Brings all-new Angels, heroes, fairies, but also a 30v30 guild-versus-guild game mode — Battle of Hegemony!
League of Angels 2: Will feature special festive events and a raft of in-game decorations.