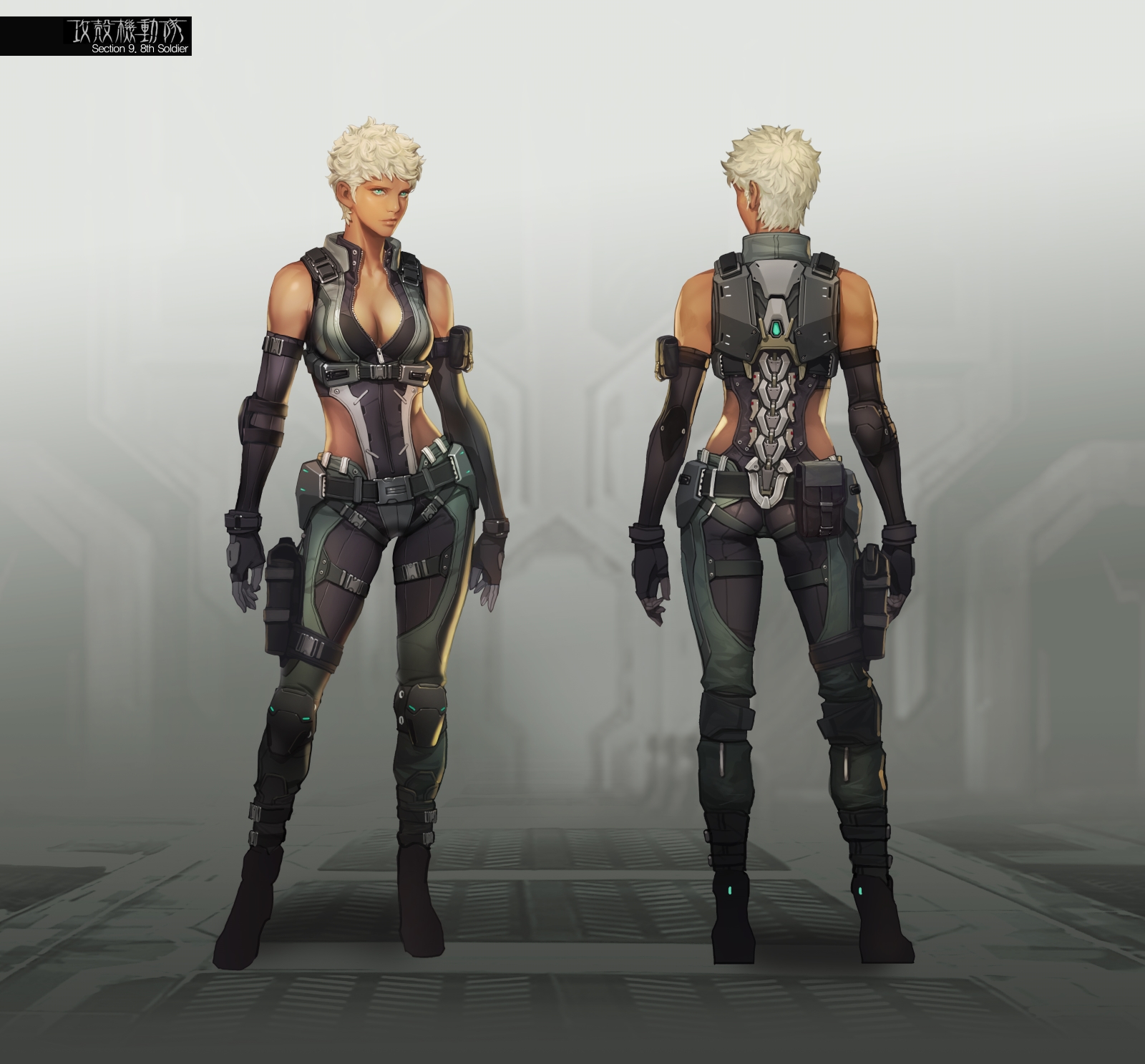 Maven is the newest Section 9 operative, created in cooperation with the license-holders of “The Ghost in the Shell.” Previously in the South American military, Maven is an expert in guerrilla warfare and topography. Her cyberskll is a therm-optic barrier capable of obscuring sight. At Tier 2 of this ability, the size of the barrier increases. However, barriers can be destroyed by enemies.