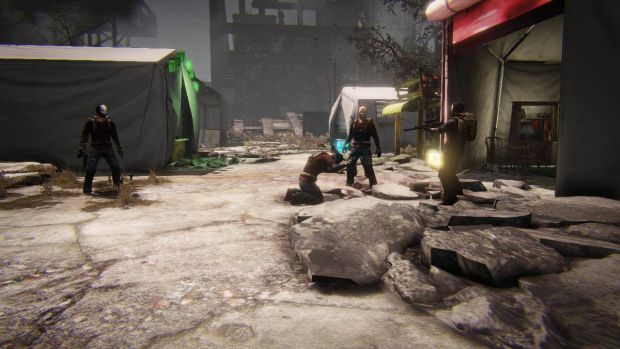 Today, Nether Productions announces that these tribes can now compete for control of the city by capturing strategic buildings to reap resources and prove their dominance. Along with 10 buildings players can capture to gain advantage over foes, Nether territory wars features bases as well as special tribe objectives and a skill tree.

Players do not need to join a tribe to enjoy Nether’s fast-paced action and survival challenges, and those looking to join a tribe must first go through an initiation process before teaming up with other players.

To celebrate the launch of territory wars, Nether has added:

“By adding territory wars, Nether expands upon the survival genre by offering players more gameplay options than just scavenging, fighting creatures and fellow survivalists, and crafting,” said Chip Sineni, Creative Director at Phosphor Games. “Tribe battles will give combatants a whole new bevy of challenges and strategies in order to maintain control of strongholds and navigate the tumultuous world safely.”