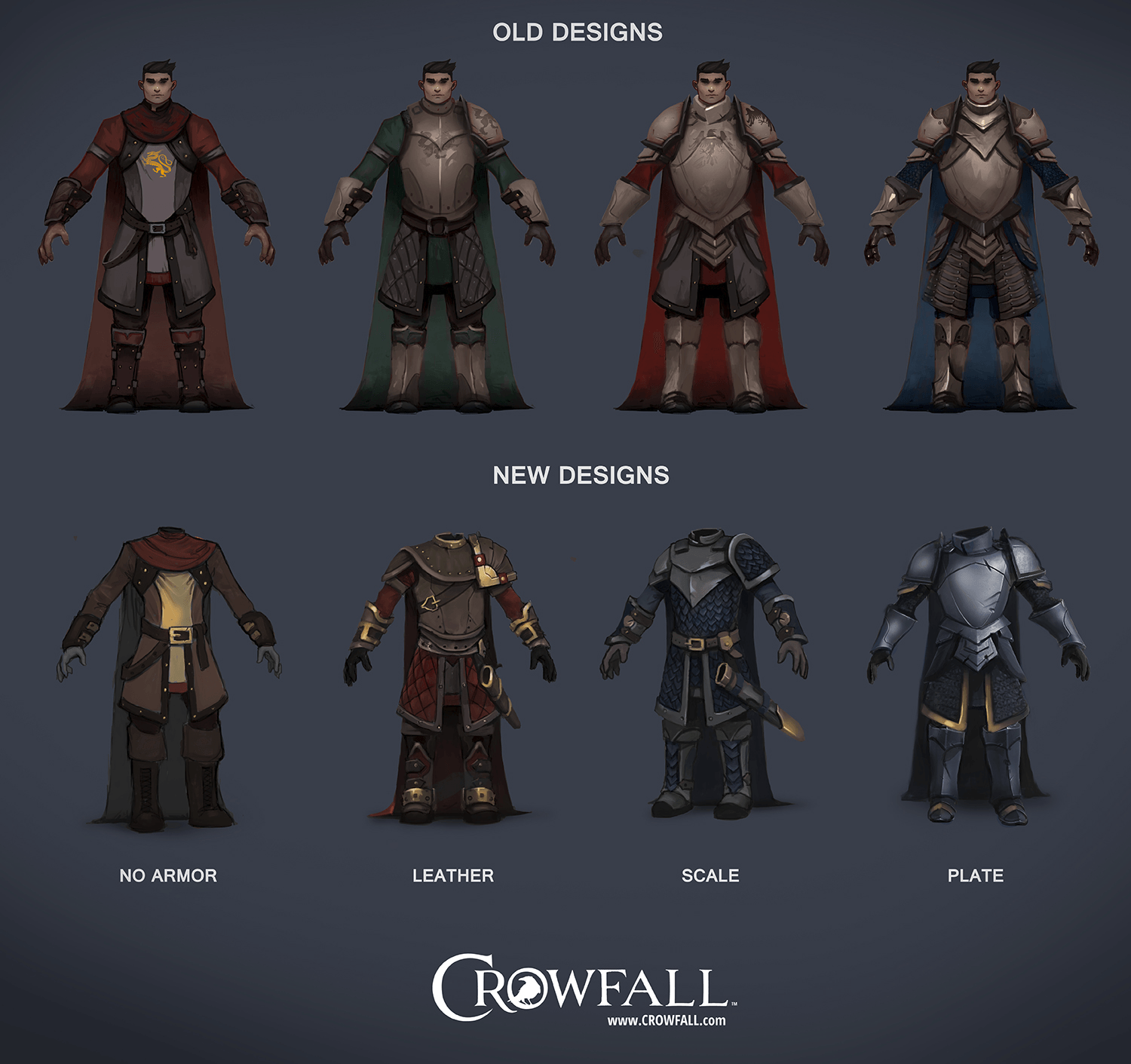 Crowfall‘s latest developer blog reveals that the team is taking a new approach to the game’s armor system.

The armor system, which had originally been built with a simple series of armor tiers offering linear armor progression, is now undergoing some changes. The new system will offer each armor type various strengths and weaknesses against the game’s damage types (of which there are currently ten). With this change, all archetypes can now use any armor type, allowing them to benefit from any armor piece that suits their needs.

The hope is that this system will offer players more choice and be more rewarding to player skill. This also means that heavy armor becomes accessible to classes like scouts and wizards, who traditionally are unable to wear these kinds of armor in fantasy games. The new system also allows the team to introduce a new hit location system, which will be revealed in a future update.