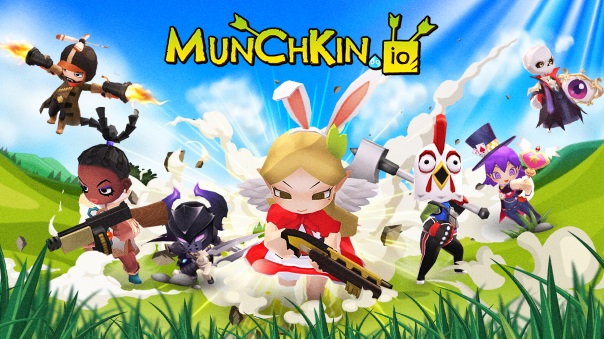 The next of the .io games has arrived today, with Munchkin.io. Originally small browser games, they have moved to the mobile sphere, and are still small, easily downloaded. Simple and easy to control, players can learn within a minute and jump immediately to the action. Cute characters leap into a battleground set in a fantasy world to fight monsters and other players to reach first place and claim the crown. In Munchkin.io, players can currently select cute characters from among the 3 classes: Marksman, Warrior, and Battlemage. Rewards from winning a battle, fulfilling quests and collecting coins help not only to unlock new characters but also costumes, weapons, accessories, and resources. These can be used to equip and upgrade the characters to provide an advantage when entering the battlefield. In addition, the new class ‘Assassin’ is set to be released with an update in December. Munchkin.io also has several game modes, from solo play, to fighting the AI, or a Battle Royale to see who is the last one standing.