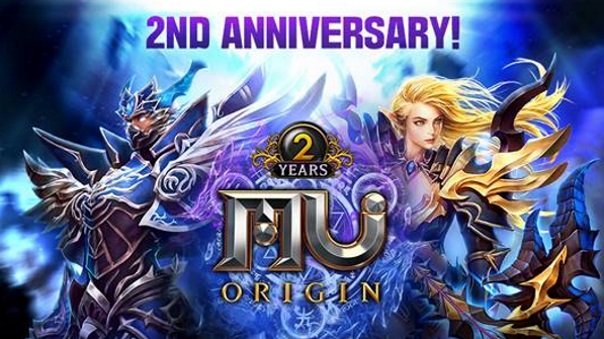 Webzen is proud to announce the second anniversary for their real-time MMORPG, MU Origin. From July 26th until August 1st, a series of special in-game events will take place, as well as a wealth of free items being given out. The “2nd Anniversary” title will be given out via in-game mail on July 28th, to all players who log in. There will also be the “Happy Birthday” title and “Birthday Cake” collection item, which can be traded in for various rewards. Users will also be able to loot precious and valuable items such as the Tier 5 Equipment Box, Rainbow Feather, Superior Badges and various jewels by cooperating with other players to hunt down the anniversary event monsters.

The special anniversary bosses and monsters will respawn daily at 13:00 server time in Noria. Additionally, the player with the highest number of purchases during the designated times throughout the event period can collect rewards such as the Flaming Wings of Condor, Jewel of Guardian Set, “Blue Sky” title, Ice Queen Wings, Condor’s Ring and Costume Boxes. There will also be community events being held on Facebook during this time, where users can win additional rewards in the “Happy Birthday to MU!” event by posting a screenshot of their character, equipped with the “2nd Anniversary” title.