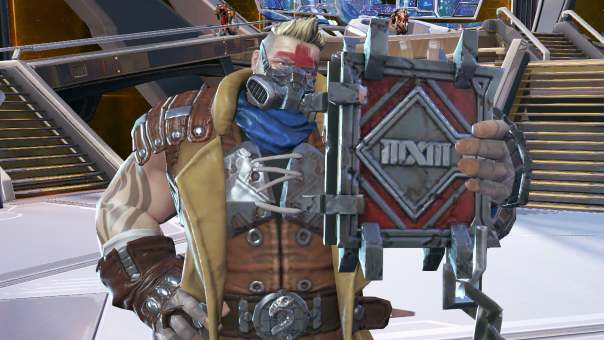 Master X Master unleashes their third new character upon the battlefield, and it’s the Support Master, Titus! A pure support in every sense of the word, his healing abilities will keep death at bay for as long as possible. Specializing in team fighting, he’ll be a welcome addition to any squad. Titus was a scrapper who was captured by slavers and forced to work the mines of a destroyed planet’s remains. During his rescue, a section of the mine caved in and Titus found an ancient shrine to a long forgotten deity. Upon lifting her tome from the altar, he became a vessel of Nura and dedicated his new power to helping others. He lacks offensive capabilities but will focus entirely on helping his friends in battle.

In addition, a new game mode, Natium Defense Line which is an end-game co-op for five players. They must guard the Defense Core against an increasingly difficult 30 waves of enemies. Tactics and determination will see you through, but some enemies will require certain damage types, enforcing the need for balance and skill.

Find out more about both Titus and the new mode from our PAX preview!