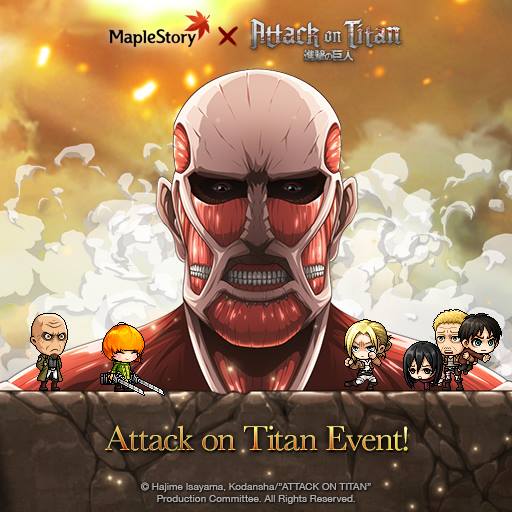 “Attack on Titan” has joined forces with Nexon America’s MapleStory to bring a wealth of new content to the immersive MMORPG. For a limited time, MapleStory fans can play as their unique character in the “Attack on Titan” universe, meeting and training alongside familiar faces from the popular anime, including Eren Jaeger, Mikasa Ackermann and Annie Leonhart, as they fight to survive the Titan invasion.

A mysterious portal has opened to another universe, the likes of which the citizens of Maple World have never seen. Characters Level 33 and above can move through this gateway to experience a world where humanity lives inside cities surrounded by enormous walls as a defense against the Titans, gigantic humanoid creatures who devour humans.

During this themed event, MapleStory players will have the chance to:

Learn more about the “Attack on Titan” content in MapleStory here: http://maplestory.nexon.net/micro-site/attackontitan.