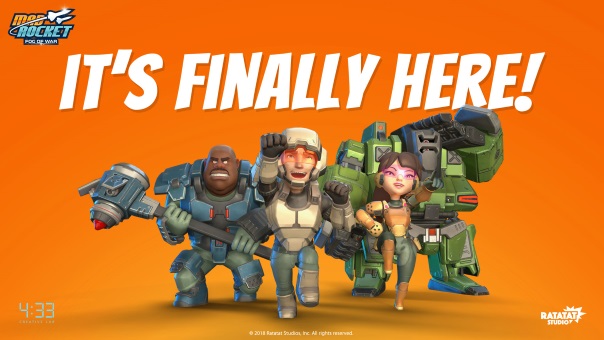 4:33 announced today that their newest title, Mad Rocket: Fog of War has released on both iOS and Android stores across 140 countries. Developed by Ratatat Studios, Mad Rocket: Fog of War is a PVP strategy game where players build bases and amass an army to do battle against players around the world. The “Fog of War” feature promises to help it stand out among other strategy games on the platform, creating more intense combat. Defenders can design their base freely and install buildings on the tile-based map, and set up ambush forces under the cover of Fog of War. Attackers can get through defenses with subtle combination made of three different types of units including Rocket Missiles, Aircrafts and Ground Troops. The online competitive season for Mad Rocket will feature 6 tiers and 32 ranks, and players can do battle for rewards, tier promotions, and demotions. These seasons will reopen on a monthly basis, and offer missions and rewards for players to collect. Mad Rocket also encourages teamwork by offering clans, and once a player joins, they gain access to clan missions.