“Rumors of the discovery of new areas has blown through the lands as a brush fire. Citizens can sense the excitement thickening the air around all of Savejela. Can it be true? Will the secret of flight finally be revealed?”

Thousands of players have already started the New Years in Luvinia with epic monster battles and glorious achievements. The newly released expansion wings gives players a chance at a new challenge inside the also newly introduced Nightmare library map which offers players the chance at random legendary 96 gear drops as well as a chance to roll for the coveted Fallen Nightmare Gear in which luck will play a huge part. 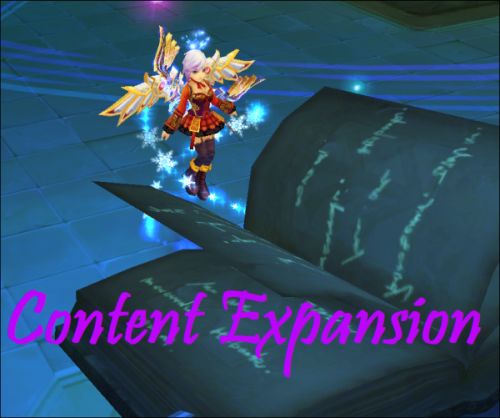 For more information on this new expansion, visit the Luvina World website at: http://www.luviniaworld.com/home.php