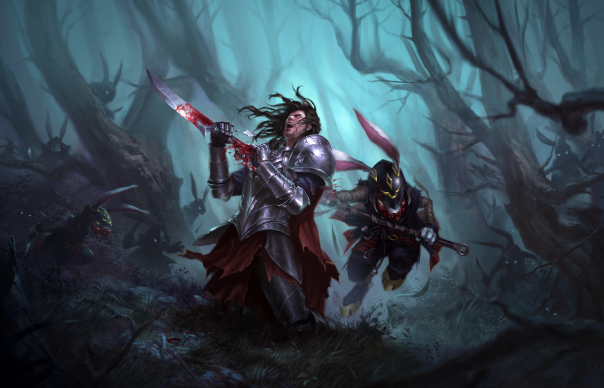 Gameforge and HEX Entertainment have revealed the first details on its fifth card set, Herofall. The Herofall set will add 275 new cards to HEX: Shards of Fate, and is scheduled for release in fall 2016.

Herofall will introduce Cosmic Crown Showdown, a new tournament and ladder system. Players who have reached the Cosmic tier can battle each other, and each season will have a two-month run. The finalists will be revealed by the end of August, with the first Showdown beginning in September.

Players will also new sleeves and PvE cards that highlight the conflict between the Arden and the Underworld. New champions, legendaries, and other cards will introduce new card mechanics and tactical opportunities. More details will be released on the HEX community website soon.