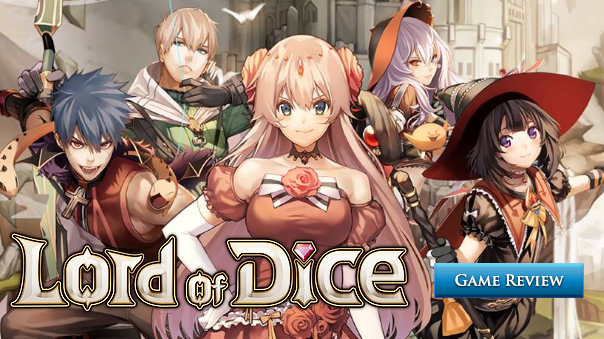 Lord of Dice is a free-to-play mobile game from GameTayo.com for the Android and iOS platforms. The game puts you in the shoes of one of the “breakers,” a team composed of generic DnD classes, in the hopes of not only getting back their memories, but also trying to get out of the Tower of Eternity.

As you control one of the breakers, you will have to take lead in managing your units called “dicers”, characters who also forgot their memories, in PvE and PvP battles. As the team’s leader, it’s your responsibility to also help these units regain their memories as you use them in your teams. 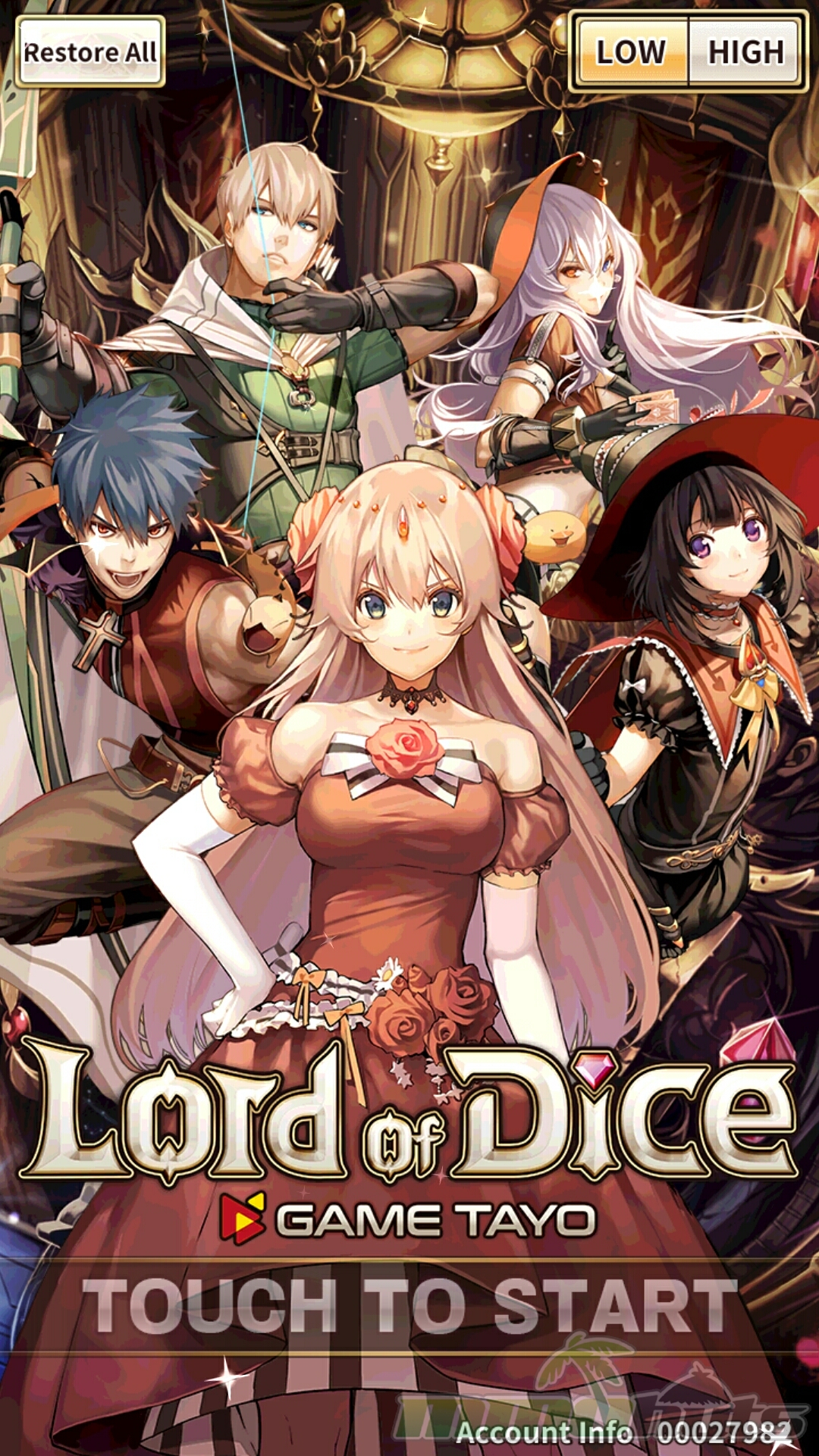 Lord of Dice’s core gameplay follows the typical unit-collecting system found in a lot of mobile F2P titles these days. You can gather dicers by either getting them through the game’s shop or you can “build” them up by collecting hero shards as you go through each campaign quest. Dicers are ranked by their rarity with the value of their stats increasing as you not only level them up, but also “excel” them (by using as other characters as materials to give them a purple star value) and evolve them to their higher rated versions.

As a unit collecting game, the one thing that differentiates Lord of Dice among its contemporaries is the way dicers start off with chibi versions of themselves when you acquire them through the gacha system. I like that the game spins it in such a way that dicers got themselves that way because they lost their memories. As you evolve them, they remember who they are until they reach their final version. I liked how this system puts a bit more value to the evolution process because the jump in the character design is huge. Sadly, this just happens at the first step of the evolution. The higher evolution versions follow the usual F2P setup where the increasing evolution steps just add a bit more dramatic flair to the design, which is a let down after the spectacle from the first evolution path to the 2nd.

Moving on to the Dicer’s mechanics, Lord of Dice really does well when it comes to setting itself apart from the usual F2P unit collecting game (well except Game of Dice, but that’s a whole different game altogether). Each dicer in your roster has a movement value on top of their dice value and type. Dicers also fall under specific attack types that you have to consider closely as you build your teams. 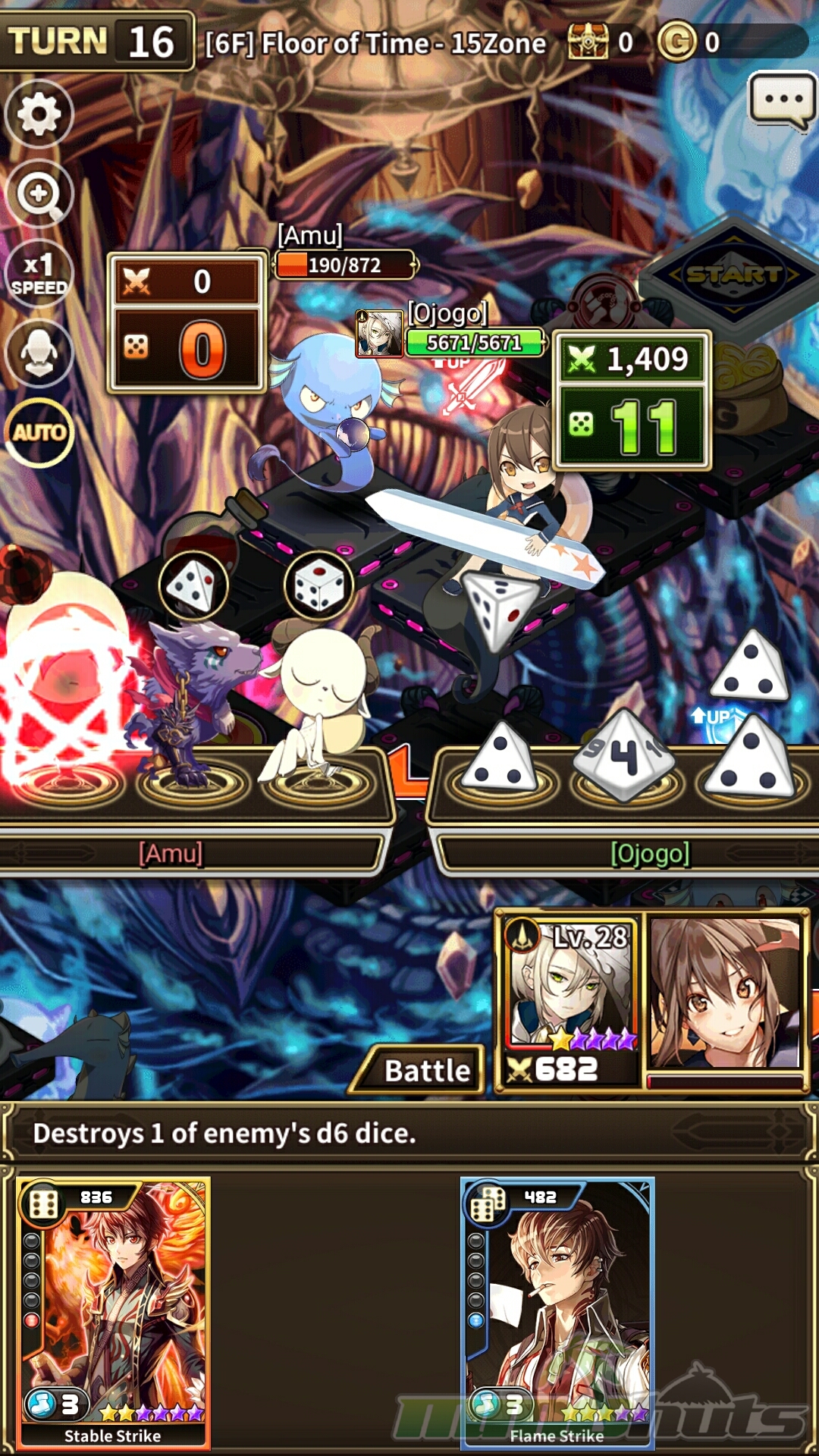 Lord of Dice uses a board game styled battle system. Encounters happen in fields where you need to throw the dice of your chosen dicer to move. Within these fields are monsters you must destroy and traps that you need to avoid to successfully pass through. Each board, even the non-story/campaign ones, require you to battle against bosses.

The game’s battle system requires you to be a bit more strategic whenever you build your teams. Movement and attack options are critical to get through a stage unscathed. Having that many options provided by a team of six is pretty challenging, especially in the later parts of the game. I’ve had to revisit stages to grind some of my dicers in the team because my initial strategy doesn’t work anymore, and it’s nice to at least have a difficulty curve in your F2P games.

Another cool feature in Lord of Dice’s battle system is the active attacks each dicer has. This comes into play at the beginning of the movement phase, so that you can hit opponents without going through the dice battle that begins whenever you stop in front of an enemy. Dice battles meanwhile are kind of self explanatory. You have to assign three characters from your current pool of dicers to take part in a dice battle. The dice types your characters have (some have D6, D4, D10 types) determines the attack value your group will deal against the opposing team. If the difference between attack values are slim, you or your opponent are awarded a counter opportunity so that they can hit back.

Lord of Dice allows a lot of variations in their PvP and PvE battles. That is why I don’t necessarily have to explain each battle feature because it’s just the same thing with a different set of goals and rewards. As for the game’s PvP system, the game pretty much plays just like the PvE maps. The biggest difference is that instead of just playing around a field with an end point, PvP arenas are stages where your dicer can run around and attack either from distance or in close-range. These battles are fun and exciting, even in titled battles as if you build a solid team, you can still fight closely as long as the level gap remains within 10. 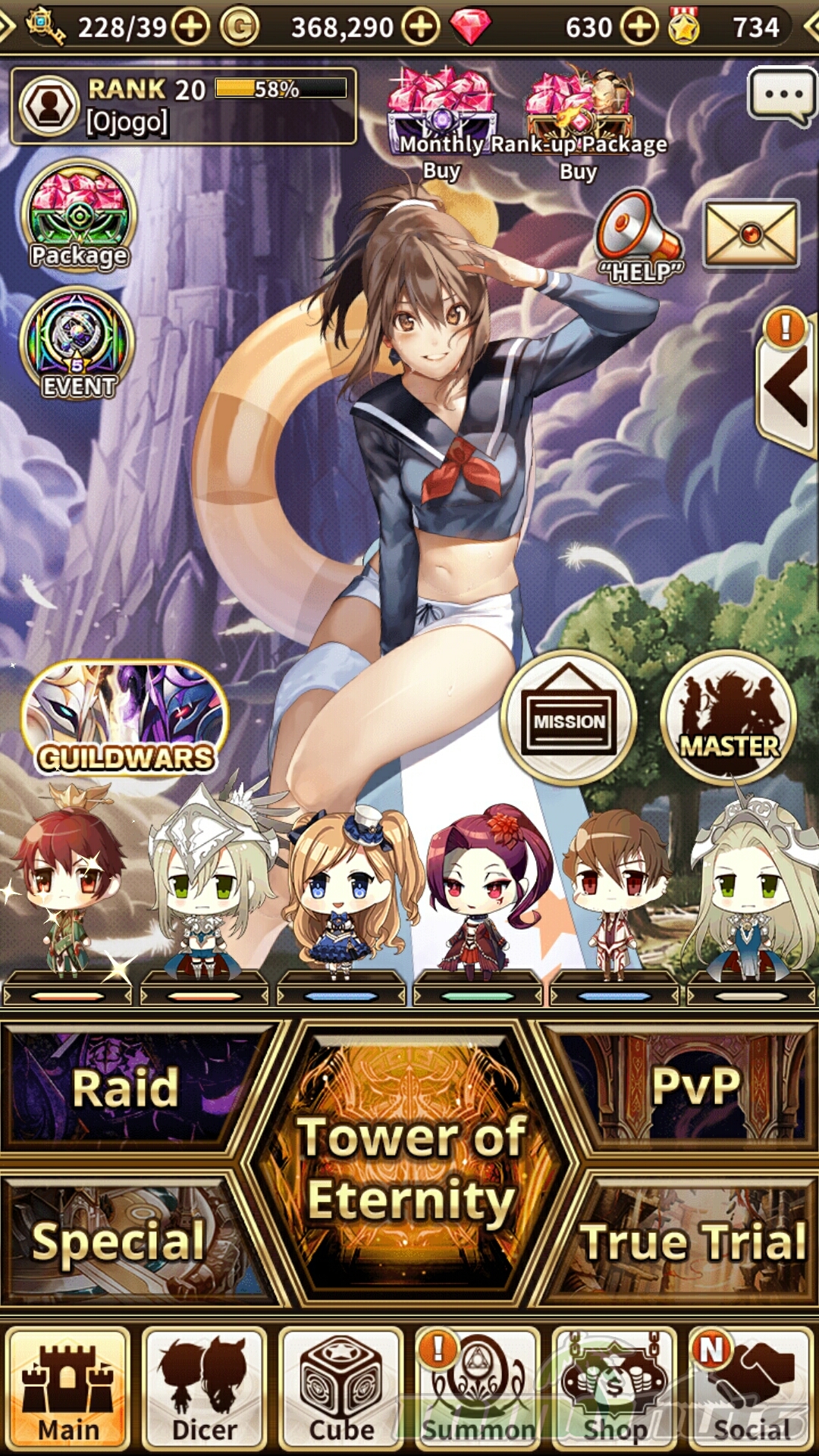 Lord of Dice is surprisingly challenging and fun to play. While the only innovation this game brings into the table is how the dicers look like upon acquisition, it still has a solid and creative way of using dice in a battle system.

The game’s paywall isn’t high, as you won’t need to invest that much to get a solid team. If you’re being a cheapskate and decide to not spend on the game, then you can at least try it long enough and be competitive enough before you actually spend a dime on Lord of Dice.

With a mix of cuteness and a tinge of challenge, Lord of Dice is a game that’s surprisingly interesting and complex, more than what it lets on. With a really simple gameplay system, Lord of Dice presents a simple yet complex pre-battle system that can challenge any player who wants to maximize their teams. At the same time, the game allows for players to just breeze through at and not really think much of their team builds, long enough to get you hooked and then finishes it off with the difficulty curve that would then entice you to think more strategically in the later stages of the game.

Lord of Dice is an interesting game through and through, and a visually appealing one at that. So if you’re looking for a F2P game that brings a bit more to the table on both ends, this one is a must download.

Lord of the Dice Screenshots