RIFT Tests Your Mettle and Metal in 4.3: Crucia’s Claw 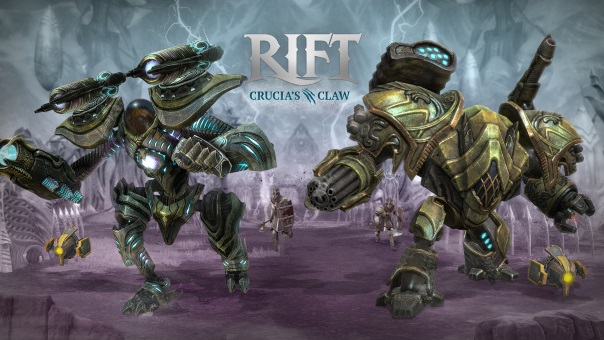 Trion has released details concerning their next major update for RIFT, 4.3 – Crucia’s Claw!  It will bring a variety of content, such as a new raid and a brand new soul – Mystic Archer! It is currently available on the PTS and is scheduled to go live for all players on October 25. Crucia’s Claw presents the new Bastion of Steel raid, where players will be faced with an arena-type setting where they must face Crucia’s formidable generals. The scales have tipped in Crucia’s favor in her eternal struggle against Ahnket, as a cadre of her most powerful warriors have entered the fray. It is up to the Ascended to defeat them and restore the balance of power! As the first Tier 2 Prophecy of Ahnket raid, Crucia’s Claw will provide the best equipment yet to be found in the Celestial Lands for Ascended that are up to the challenge. In addition, the Mystic Archer is not just a mage; they focus magical power through arrows, fired from their bow. Each offensive attack must be aimed, requiring skill to decimate their enemies.