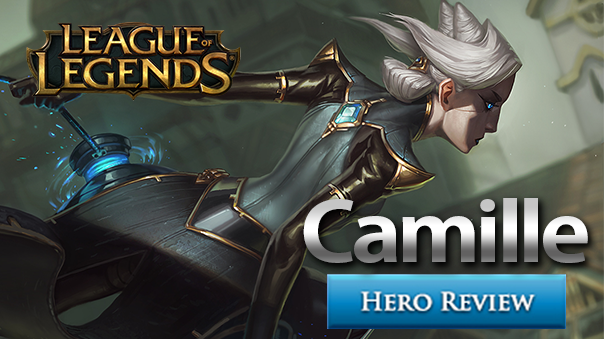 Camille the Steel Shadow is one of the most stylish killers in Runeterra, but unfortunately looking good doesn’t equate to actually being good.

We have on our hands the newest addition to the assassination squad alongside the likes of Zed – high mobility, solid burst, and great split pushing. While certainly fun to play, Camille’s fate aligns with the Master of Shadows: a niche pick for the sake of enjoyment and not explicitly to win.

Passive – Adaptive Defenses: The next basic attack against a champion produces a 20% max health shield against the type of damage (AD/AP) the target champion utilizes.

Q – Precision Protocol: The next basic attack deals bonus AD damage and briefly grants bonus movement speed. The ability can be recast after 1.5 seconds to deal double the true damage.

W – Tactical Sweep: After a brief delay, deal damage in a cone. Anyone caught in the outer half is slowed by 90% over 2 decaying seconds.

E – Hookshot: Dash towards a structure. Upon landing recast the ability to dash again, this time stunning and dealing damage to the first enemy hit.

R – Hextech Ultimatum: Dash towards a target enemy champion, becoming briefly untargetable. Upon landing, trap the enemy champion in an inescapable hexagonal zone for 4 seconds and knock away all other enemies.

+High Burst and Damage Over Time

Early on she’s a fairly straightforward assassin looking to kill as many people as possible before they start grouping up and building defensive items, towards the late game she transitions into a more bruiser style of play focusing on damage over time and solid lock down with a reliable stun, slow, and trapping ult. She will most likely be seen in the Jungle with some play in the Top lane, but definitely not Mid due to her poor waveclear.

Generally speaking, wherever she shows up, someone will die. The ult combined with her relatively high burst damage forces a death match, either for or against her. She will no doubt be extremely frustrating to play against, especially if you’re a squishy low mobility hyper carry like Twitch or Jinx.

Camille’s build is fairly ubiquitous all around. Junglers start Warriors, laners start Doran’s Blade/Corrupting Potion, then both go for Trinity Force and Ravenous Hydra typically picking up Spirit Visage and Ninja Tabi or Merc Treads along the way. Otherwise, there are some Guardian Angels, Sterak’s Gages, and a few Sunfire Capes.

The key items are Tiamat, to alleviate Camille’s innate poor waveclear; Sheen, to proc with Q; and then defensive items to stay alive to keep the DoT and Crowd Control going. 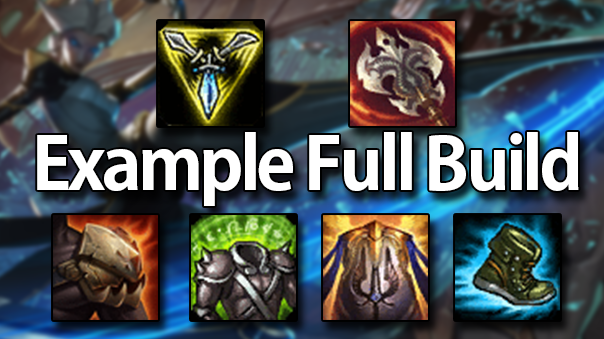 While fitting fairly comfortable into certain roles, she’s still extremely dependent on execution. Casting even a single ability at the wrong time in the wrong place can completely ruin your combo, not only giving up a kill, but you’ll probably get killed yourself. Difficult to learn for sure, but exceptionally satisfying to do well, I have no doubt she’ll have her niche one trick ponies right alongside those Rivens and Yasuos mains.

However, in competitive or high elo, she’s not so hot. Players will knowingly punish even the smallest of mistakes. For example, being caught without her Hookshot can easily mean death despite the low cooldown. Similarly, experienced players will refrain from panicking from being trapped in the ult and respond appropriately, as will their teammates. This, in addition to a lackluster endgame, and poor jungle/waveclear means she will likely never see the spotlight.

Why play Camille when Zed and Fiora, which aren’t played, are strictly better?

Go Back to Killing Titans Mikasa

A new one trick pony enters the fray! These Camille players will be annoying to play against due to their locking down ult and insane late game mobility, and when you try to play her out of anger you won’t be able to do anything, leading to even more frustration.

Camille the Steel Shadow is an inherently tilting champion with big highs and frequent lows, but whatever it is, you’ll look damn good doing it.