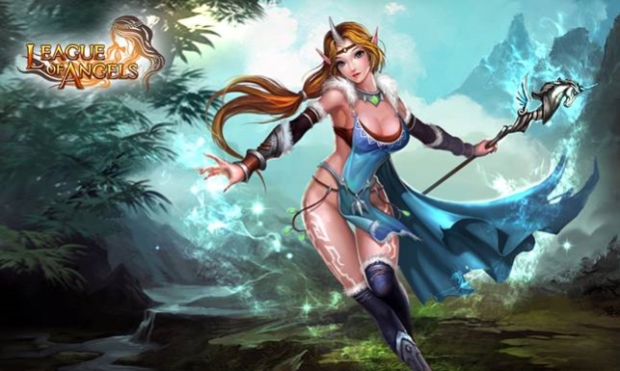 With the excitement of Christmas and New Year well behind us and a few more months of winter ahead of us, for many it feels like there’s not a whole lot to look forward to or get excited about. Luckily for fans of dynamic, turn based, strategy MMORPGs, Koramgame has just announced that they will be bringing the popular League of Angels title to their platform sometime in the very near future. Although no specific date has been given, Koramgame have hinted that League of Angels will open its servers before the end of March 2014.

League of Angels gives you the opportunity to join the quest against evil as part of the resistance known as the Brave! As part of the Brave you’ll battle your way through the mystical fantasy kingdoms of this exciting MMORPG freeing Angels from their dreamless slumber as you progress. These beautiful, magical, powerful angels will in turn assist you on your quest against evil, empowering you to achieve the greatness of a true legendary hero.

Packed with features League of Angels has a lot to offer as a top fantasy MMORPG. The Cross –server War, Guild and Team Dungeon systems all bring added excitement to the game and with special features including The Hallowed Hall, the Zodiac and Gemology, the player will be transported straight to the heart of the Broken Kingdoms!