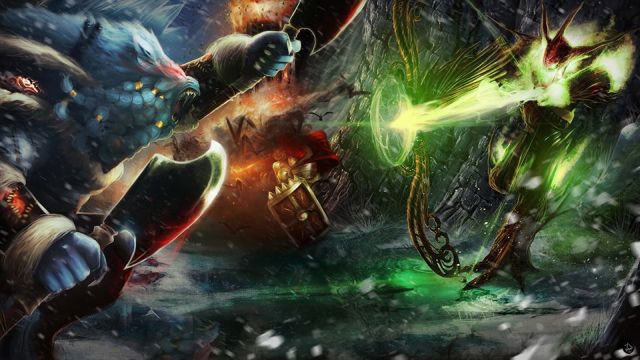 Potato Killer announced today his MMORPG Land Of Britain, the first dynamic multiplayer roleplaying game. Uncovering the Kingdoms of Talamhria, Norsengard and Avalon, but leaving a veil of mystery upon what brought war where peace gladdened the normal flow of time; players will unveil the root of a hidden evil that lives in the shadows of our hearts. Land of Britain: Wrath of The North is a fantasy world in which 3 realms face each other in order to survive. A reality that changes in which the characters will live their adventures facing the challenges with their own play style. PvE, KvK, Crafting.

Land on Britain was brought to life from the need to create something that reflects the user expectations, therefore it’s a project primarily made by players for players. The team behind Land on Britain is named Potato Killer, a team made of MMORPG players and experienced professionals, all of them in many occasions disappointed by what the market offered. That’s why we all felt the need to create something that it isn’t only innovative but that can draw the potential that distinguished the first MMORPGs and that with time disappeared. Land on Britain has a unique point of view on how MMORPG should be made and lived, displaying many innovations that we can’t wait to show in the next news entering with us in the unexpected wolrd of Land on Britain.

More information available about Land of Britain®: Wrath of the North™ available on our website www.LandofBritain.com