Jagex Games Studio today announced a new online multiplayer first-person shooter, in which brains are as important as bullets. Block N Load combines first-person action with strategic construction that sees teams competing to build defensive and offensive emplacements, before tunneling, leaping and charging into the enemy’s base.

Block N Load features destructible arenas that get explosive makeovers as teams meld tactical action with strategic creativity. To aid them in their objectives, combatants can initially select from six heroes who each offer unique combative and tactical advantages such as Cogwheel, an unhinged weapons obsessed robot; O.P. Juan Shinobi, a deadly Ninja that players won’t see coming; or Doctor Eliza Doolally, who shuns ethics in favor of applied chemistry. In addition to active and passive abilities, each player will also have access to an array of weapons and blocks such as mines, force fields, bounce pads, glue tiles, turrets and giant bombs. 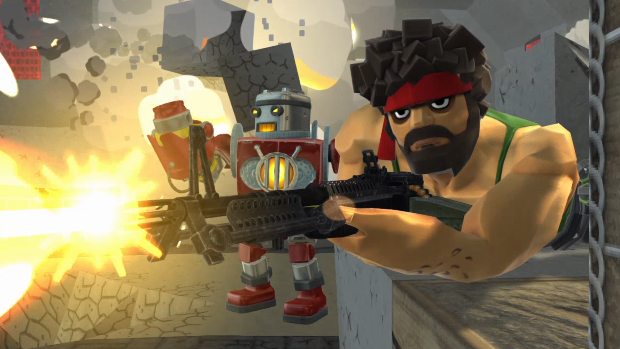 All these elements, and more, combine to create an explosive experience that demolishes preconceptions of first-person shooters.

Block N Load is currently in development for PC and is scheduled to launch on Steam in 2015. Registration to enter this December’s beta test is now open at the official website: www.blocknload.com. 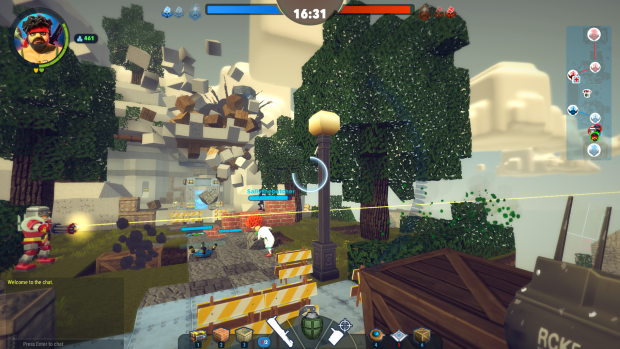 “We’ve been building Block N Load for a while now, and we’re immensely excited by how the game is shaping up. Block N Load represents a true departure from the type of games that Jagex is known for; it’s not browser-based, it’s not free-to-play, and it’s not an MMO,” said David Solari, VP of Block N Load at Jagex. “We’re thrilled to finally announce it to the world, and hope that people enjoy taking part in the upcoming beta. The team is eager to receive feedback and is looking forward to working closely with players to ensure Block N Load is the best game it can possibly be.”

Learn more with our hands on alpha preview!