Journey to the West International Impressions 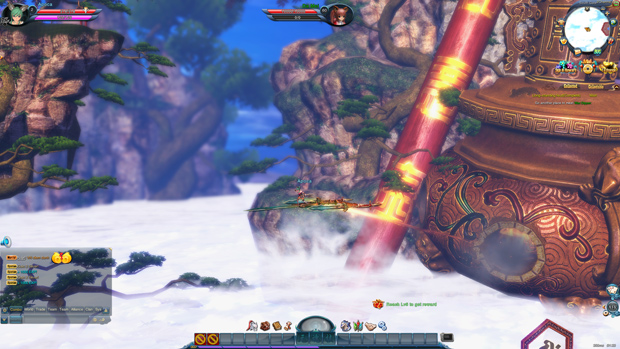 Journey to the West is an MMORPG themed on the 16th century Chinese novel of the same name and is bring brought to the international community by Cubizone. Lore plays a large role in the game and the player will choose one of the race-class combinations that the lore is based on. The game features many traditional MMORPG traits, but also has a transformation system that will allow the players to unlock their true potential. There is also a highly detailed built-in auto-botting feature to allow players to fight enemies while away from the keyboard. Let’s see how the game has shaped up, shall we?

To begin with, you are offered some very sparse customization options. At character creation you’re given very little in the way of options. There are only four races in the game and the races also act as classes. Two of the races are also gender-locked. A limited selection of pre-created faces and hair-styles, along with few color selections, are all that wait you in terms of customizing the looks of your character. 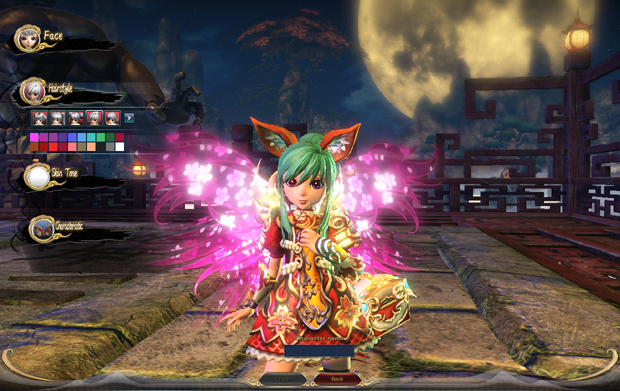 Even after character creation, it seems like your customization options are very linear. Progression is a one-way highway with almost no choices left to the player. Things become available as you continue to level, but there is no extensive talent or skill-selection system to help make your character unique. Combined with the lack of originality available with the character looks, Journey to the West has left me disappointed with what it has to offer in terms of customization. This is definitely not the game to play if you’re looking for freedom with your character.

The graphics in Journey to the West can be described with, “They’re alright.” They aren’t bad, but are not mind blowing either. Even at the highest settings and at 1920×1080 resolution, you won’t be stunned with how beautiful the game looks. Some of the architecture is nice to look at, but it’s nothing we haven’t seen from games like Age of Wushu or Swordsman Online. About the only time I was impressed was during the opening sequence of the game that took place in Heaven – with seas of clouds and mythical, ultra-sized stuff to gawk at as you’re auto-flown from one place to the next. About the only upside I can see to the graphics in this game is that older computers will have no problem running it. 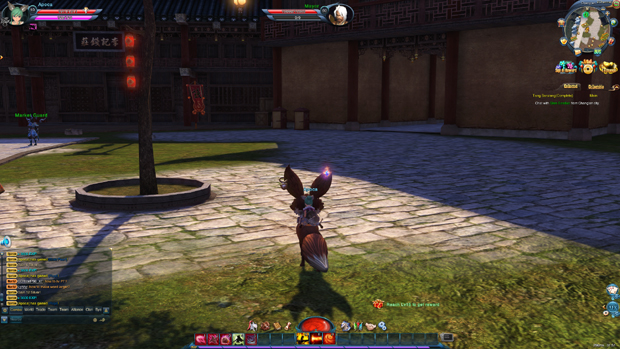 The controls in Journey to the West seem to be alright most of the time. However, there were some occasions where I found the game to not be as responsive as I would have liked. Whether this is just an issue with the controls or server lag, I’m not sure. The setup is typical to MMOs – WASD movement, right click to rotate character, left click to rotate camera, 1 through 9 to activate abilities. If you’ve played an MMO in the past decade, you’ll feel right at home here.

As Cubizone is offering an International server, there is a wide range of languages spoken on the server. Despite this it seems that English is encouraged on most of the “global” channels – if not by the company, then by the community itself. It wasn’t hard for me to find a decent guild to help me out with questions and whatnot. But I couldn’t help but notice that the community seemed to be made up of mostly teens. Depending on you, that may be good or bad.

If you’ve ever played a themepark MMO in the past decade, you’ve basically played Journey to the West. There’s not much in it that can be considered new or interesting. The two things that stood out for me is the transformation system and the dungeon finder (which I’ll mention more later). Otherwise it follows the same ole formula that countless other MMOs have used. I’m going to say it now – the overall gameplay experience was disappointing. 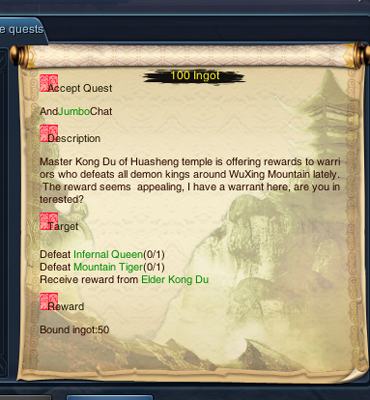 Quests are your typical fare of killing 10 Demon Monkeys before returning to the same static NPC. Honestly, I don’t think I could have lasted the first twenty levels if it hadn’t been for the fact that you can click on quest objects in the quest tracker to auto-path to them. And then after level 20 I would not have been able to stand the game at all if it weren’t for the built in botting feature (I’ll get into that next). However, whenever I come across a game that requires a built in auto-pathing and/or botting feature, I’ve got to wonder what’s the point of playing? Why make the game if you’re going to give the players every tool not to play? So you can make money, that’s why. 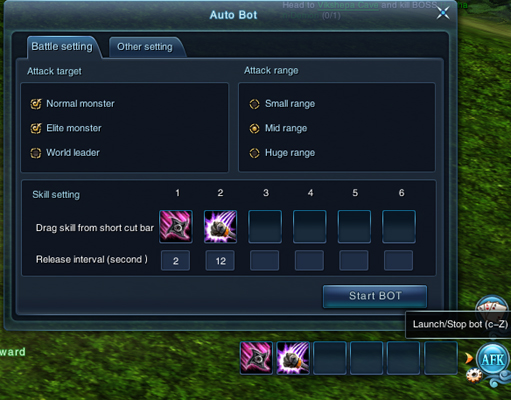 The Auto-botting feature in the game is actually really nice. You get to choose what abilities the bot uses, what potions it takes, when it takes them, and you can basically fine-tune it into perfection and only have to come back to the game to restock on potions and organize your loot. The portable shop feature makes this extremely easy, too. You rarely have to leave the safety of your grinding spot. When I realize how much the botting is pushed on the player, I had to wonder why they didn’t just make a browser-based Progress Quest or Cookie Clicker or something. 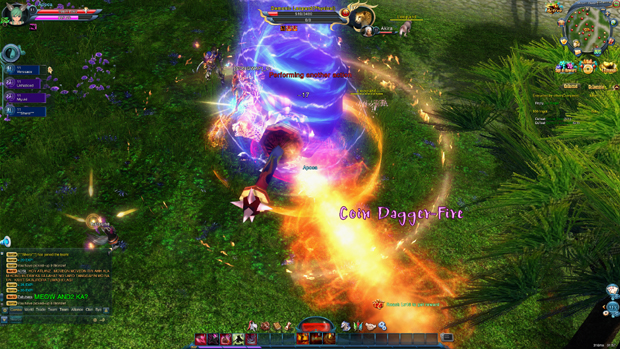 Combat was a bit odd feeling in the game. At times it felt great but for each enjoyable moment there was a match unresponsive battle that ruined the flow. Again, I’m not sure if these issues were caused by server lag – I have no idea where the servers are hosted and I’m in the middle of North America – or if the combat just had a buggy feeling to it. Personally, my bet is on the lag as some gameplay videos I’ve seen showed a combat experience that was a lot more intense and smooth. I do have to admit that some of the knock-back abilities were fun, when they didn’t launch my enemy into the terrain and cause him to reset. In the end, at least for me, the combat experience was mostly disappointing. 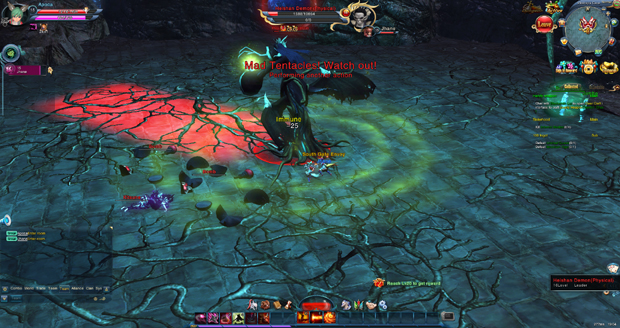 As I mentioned in customization, you don’t get much customization in choosing your abilities. So if you’re a Kitsune, you’ll probably be playing the same exact way that a hundred other Kitsune are playing. Combat is mostly a button-mash spam due to how easy the enemies are. The only time I had any sort of issue was when fighting boss mobs in dungeons. Even there the only real change was constantly spamming potions hoping the boss would fall before my inventory emptied. I’m sure I could have gotten the auto-bot to fight the bosses for me. 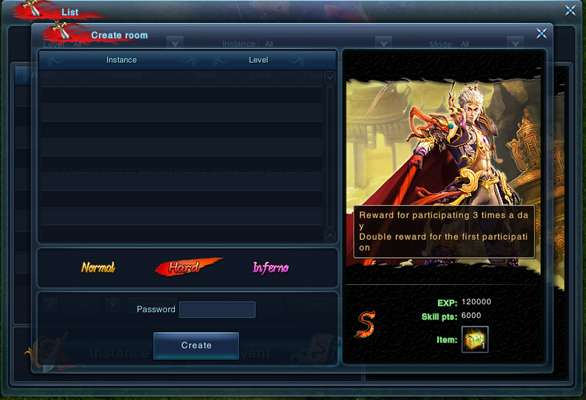 The one feature I was incredibly impressed with was the dungeon system. The way it’s done in Journey to the West is how it should be done everywhere. Using the Dungeon List, you can find available groups based on what dungeon they’re doing and at what difficulty. Or you can create your own dungeon instance, setting the difficulty and even password protecting it so only your friends can join in. With the difficulty I have finding a pub group for dungeons in other games, I would have greatly appreciated this sort of system in a game like ArcheAge. 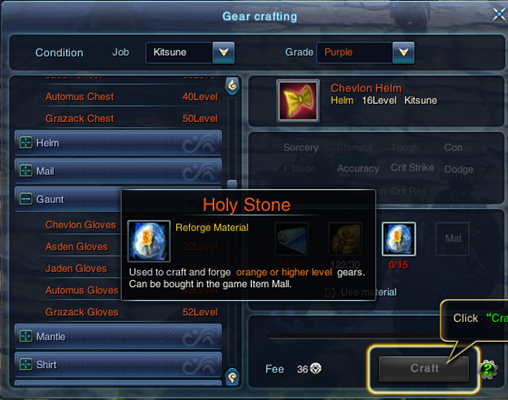 The crafting in Journey to the West is fairly simplistic. You get the materials, you craft it, and then you reforge and fortify it. Gathering resource is done at static nodes, however I seemed to get a majority of the resources I used from the daily log-in rewards and level-up boxes. If crafting is what you enjoy in a game, you probably won’t enjoy what you find in Journey to the West much. Especially considering the highest quality gear requires resources purchased from the cash shop. 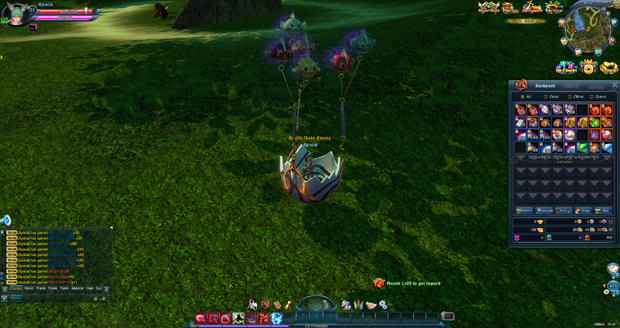 Mounts are something interesting in Journey to the West. There are flying mounts, and from what I understand you can upgrade your ground-based mount to also fly. To upgrade your mount you’ll have to make use of a cash shop item, though you can get them from quests or reward boxes and whatnot. As a Kitsune, I got a giant fox mount which I thought was fairly cute. Later on I got an “Angry Bird” flying mount which was basically a broken egg shell being carried by a bunch of funny looking birds (I guess inspired by the Angry Birds mobile game?).

Journey to the West has a few things going for it – an interesting and lore-rich setting, a good dungeon system, and some interesting mounts – but it also has a lot of things going against it. The repetitive content, boring crafting, and encouraged AFK play makes for a dull experience. However, I’m sure that at least some of the features will appeal to players. If nothing else, the relatively low-spec requirements of the game will attract an audience of players using older machines. It’s hard for me to recommend this game to anyone, as the circumstances that one would find it enjoyable seem to be meager, but I will say that if you’re looking for a new game and this one has captured your eye, it might be worth it to give Journey to the West a fair try.

Features: 3/5 – Some interesting stuff, but not enough.

Graphics: 3/5 – They were alright, but improvements could be made.

Controls: 3/5 – Alright, but with a few negatives.

Community: 3/5 – What you would expect from an international F2P game.

Overall: 3/5 – It’s worth giving a try simply for the namesake setting.