Infinity Wars Beams In Star Trek: The Next Generation 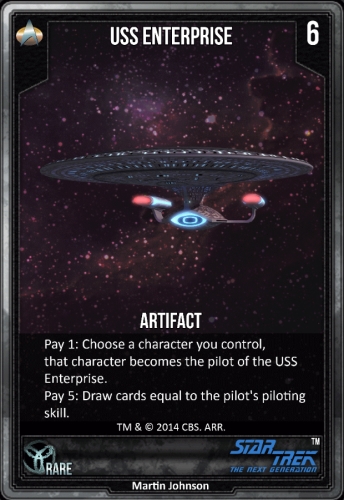 Through its partnership with Iconicfuture, and under license by CBS Consumer Products, Star Trek: The Next Generation-themed cards will phase their way into the Infinity Wars Universe, and will allow players to place their favorite Star Trek characters in the captain’s chair and send them into glorious battle. New factions, including Starfleet and the Klingon Empire will be introduced, along with an all-new play ability known as “Piloting.”

“We are a small indie team but our latest incarnations, honoring the timeless Star Trek: The Next Generation, have never made me so proud of our crew,” exclaimed Lightmare Studios CEO, Elphie Coyle. “This, along with our recent expectation-shattering success on Steam Early Access, the upcoming Mobile Companion App, and our supportive fans, makes me believe that we are poised to make solid dent in the TCG Multiverse with Infinity Wars.”