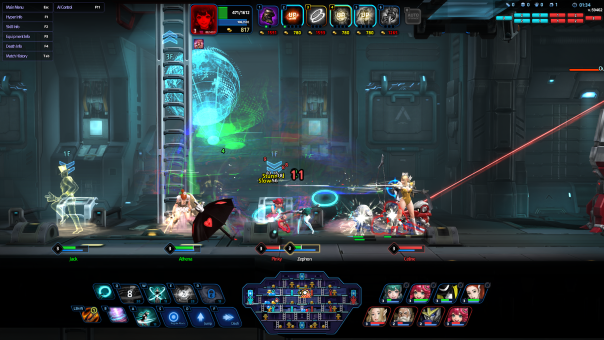 Looking to turn the MOBA genre on its side, Nexon America announced that closed beta testing for Hyper Universe begins today in North America and European regions. The beta will run from June 23 at 05:00AM PDT until June 30 at 10:00AM PDT, and includes 27 playable Hypers, the Delta Station Map, party matchmaking, and much more.

Featuring the unique blend of a side-scrolling action platformer with the highly strategic, team-oriented gameplay found in a MOBA, Hyper Universe’s stylized look and action-oriented mayhem will challenge players in a whole new way.

Some of the features participants of the closed beta can look forward to include: