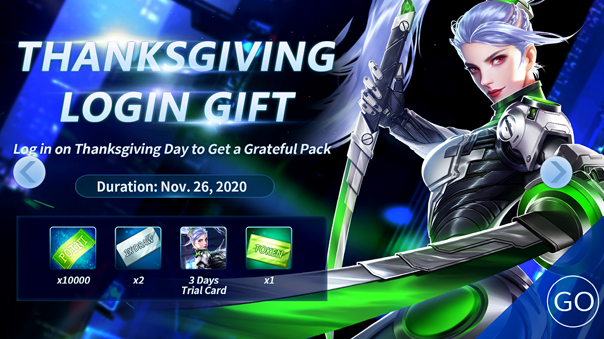 Heroes Evolved has promoted the boom of Esports in Southeast Asia with its Asian server tournament in November ( watch the highlights of the event: http://bit.ly/he-tour-playlist). DarkSeekers, the team that won the tournament, said to worldwide players in the champion interview, “Come and take us down!” The game community was immediately set on fire, making a flood of comments with their desire for matches.

From the improvements made based on players’ feedback and suggestions, we can see Heroes Evolved’s focus on player experience. A new teaser released by Heroes Evolved reveals what we can expect from its upcoming Thanksgiving event. There are not only login gifts on Thanksgiving Day, but also grateful events to offer various epic skins and stunning rewards. The World Championship expected to start in December has attracted the most attention.

As an action game integrating MOBA and RPG, Heroes Evolved is well received upon release, earning praise for its high quality graphics and design of diverse heroes and modes. Not as popular as League of Legends: Wild Rift, Heroes Evolved offers innovative features as a reason that MOBA fans must play on mobile.