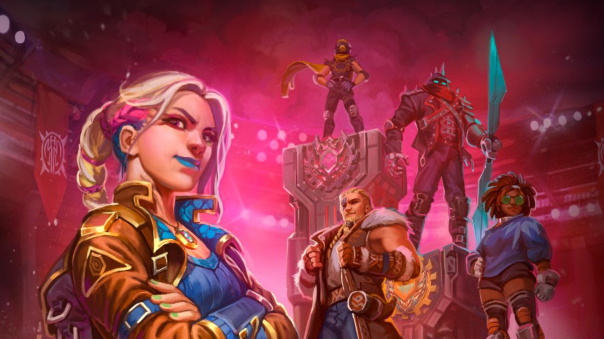 A free update dropped today for Heavy Metal Machines, the PC vehicular MOBA, that adds a pair of exciting features. The first is Ranked Mode, which will replace the Ladder. This will be a new way for players to receive rewards and show off just how good they are at Heavy Metal Machines. Ranked Mode is a new match search feature, that will place players in the Bronze, Silver, Gold and special Heavy Metal Divisions. Each division has five subdivisions, and Heavy Metal Division is only occupied by the players with the highest score in Gold 1.

To enter, drivers will need at least 5 completed matches (excluding custom matches) and to join as a solo player or in duos. All Ranked Mode games will be 4×4 matches set in the Metal God and Temple of Sacrifice arenas. Ranked mode will be divided into approximately 5-month-long seasons when drivers will receive exclusive in-game rewards according to the highest Division they reached in the period.

Another new feature in this update is the ability to race in every mode with either keyboard/mouse or with a gamepad. The left stick will control movement, and the right stick will move the camera around the vehicle during the match. Cars weapons will be used via the face buttons. Heavy Metal Machines supports Xbox 360, Xbox One, and Playstation 4 controllers, and the default mapping can be changed via the “Commands” tab of the Options menu. Along with all these features, a new Metal League edition is also coming on August 10th. So train alone or with friends and get your engines and weapons ready for another open competitive championship with cash prizes.