News >
News & Update Articles >
MMOs That Are Not Pay to Win

MMOs That Are Not Pay to Win 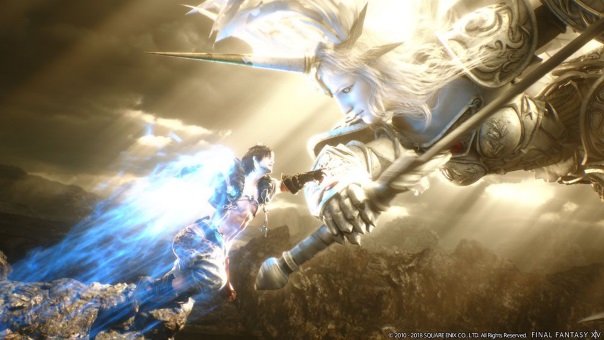 Editor’s Note: Pay-to-Win means different things to different people. Some are in the camp of ‘any convenience item is automatically a pay-to-win game, no matter what’, some are not. Jason will outline what he defines as pay-to-win before listing these games, do not worry.

This is not a comprehensive list, just a couple that players may want to take a peek at. Nowadays, virtually every MMO has convenience items to help players go a little bit faster. Can you think of one that doesn’t? Even World of Warcraft and Final Fantasy XIV has them! It’s a part of the ecosystem now, and it likely is thanks to mobile gaming and f2p MMOs. Does that mean any game with convenience items is a bad, terrible thing that should be avoided at all costs? Absolutely not. Are there games that are very brutal and use their cash shop to gate content and slow players down? Of course, there absolutely are. That’s why games like Black Desert Online and ArcheAge will not be on this list. Games that are heavy-PVP focused with cash shops are games I want to avoid because I would not recommend players diving into these without spending real money. Convenience items are not the end of the world unless you absolutely must have them. Kudos to Closers to removing their need for Stamina, and having Stamina Items in the shop. But at the end of the day, convenience items are fine, provided it does not force you into situations where you’re at a serious disadvantage in PVP combat without them.

TERA:  TERA is incredibly grindy, I’m not going to argue that at all. Once you’re at level cap, your time is mostly spent grinding trying to get better gear, but the actual leveling and playing experience have not needed money to enjoy. There are plenty of convenience items you can purchase, there are mounts to buy, and the optional subscription does offer a few things that are definitely convenient. Needed to succeed? Not in any way – but they are VERY nice. Some of the cosmetics have some stats, but like Closers, it’s not a massive amount of stats that will put you head-and-shoulders above everyone in the world. I feel like TERA might be a controversial opinion, but according to my conditions of what “pay-to-win” is, it works just fine. Spending lots of money on lootboxes can give you an absolute mountain of resources, but there are enough events that go on in-game to help you level quickly and gain resources. Gold is the most important resource in TERA, as well as time. But do I think TERA is pay-to-win? I certainly do not. I do feel like it is pay-to-go-faster, but that’s not the worst thing in the world. To me, pay-to-go-faster is only a serious detriment in heavy PVP games, which TERA does not feel like. TERA has PVP, but I’ve never seen anyone laud it as important or even fun. However, in TERA, having amazing gear does not make you good at the game. What ultimately equalizes things is how important knowledge and skill is in dungeons/raids. You could have the best gear in the game, and not know what you’re doing – then you die, and your dps suffers. Plus, the combat’s honestly a lot of fun.

Warframe: You can farm anything in Warframe, with enough time and help. The community is very good, as I’ve often stated, so it’s pretty damn easy to get virtually anything in the game. The only thing that I’ve seen that appears to mostly be real-money only is most of the content in Prime Access. Prime Warframes aren’t elite, super versions of the original frame, but they are different from their predecessors. Having Primes don’t make you good or even better than another player – and Warframe’s focus is again on PVE. You want everyone on your team to understand the mechanics and be good at the game, and purchasing Frames with real money definitely does not do that (trust me, I know). Warframe is an exciting, intense MMO with plenty of awesome action and space ninjas that makes me incredibly glad it is not pay-to-win. The closest it comes is having packs of skills you can purchase, but they’re random and honestly not worth it if I’m being honest. The most important thing you can buy with real money? Cosmetics and Color Packs. Because the end-game of Warframe is really Fashion Frame – if you ain’t cute, are you really even a Tenno? You can spend real money on convenience, but I don’t really think it would quantify as pay-to-win.

Elder Scrolls Online: Elder Scrolls Online is another one that has an optional subscription and does have a few convenience items in the game, but I’ve not felt like they are necessary at all. Costumes, houses, and mounts are all available for purchase, but none of these offer stats. That’s the important thing for me. Now you do have to buy Dungeon Packs, and DLC content, but that’s not unreasonable. You still get the major patches for free, but you can otherwise go anywhere and do anything without the content being gated (again other than DLC), in true Elder Scrolls fashion. Elder Scrolls is incredibly fun, having great gear doesn’t make you good at the game, and without leveling gates, you can just wander the world and adventure at your leisure. I didn’t see a single thing that made me more powerful in their cash shop – just more attractive (in my eyes), and made farming materials a little bit faster/gave me a bit more exp. Plus, their subscription also offers access to all the DLC content as long as you have it, it gives you Crowns to use in the real-money store, and a few other very useful perks. So, you receive free-money currency that you can just save and use in the shop, and you support an MMO that you (presumably) enjoy playing? That sounds like a win-win to me. It’s fun, it’s not gating or forcing players to spend money to play the game, and that’s a thing I feel like we’ve started to go away from.

Final Fantasy XIV: I hope to God Final Fantasy XIV isn’t a p2w game, especially since it has a required subscription! The real-money shop for Final Fantasy XIV isn’t even in the actual game, it’s only on their website. So it’s also not pushed into your face all the time. What can you spend your money on? Mounts, cosmetics, poses, dyes for your glamours, and some level boosts. Now, I’m honestly kind of glad you can spend real money on a story boost. Why? Let’s say you’re going to make a new character and want to catch up to your friends – the grind through the MSQ is notoriously, frustratingly long – despite being an enjoyable story. You can’t progress into new content without doing the old content first. This is really only useful for alts, or people that have been away forever, but you definitely don’t need it. You can also boost a class to level 60, which is far away from the level cap now. It just lets you have a class with relevant gear for that point in the game and the appropriate skills. It’s not like it’s difficult to level and get classes now – especially since you don’t have to have two classes to unlock a job. Final Fantasy XIV is one of my favorite MMOs of all time, and definitely my present addiction. But is it pay-to-win in any shape or form? Nope, it sure isn’t!