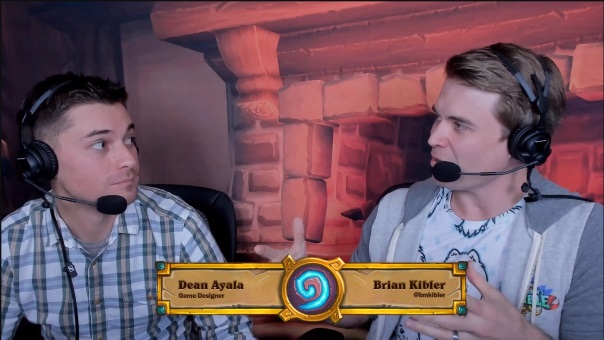 Hearthstone Lead Final Designer Dean Ayala and personality Brian Kibler stepped into the arena this morning to reveal the final cards coming in Rastakhan’s Rumble—the upcoming Hearthstone expansion—out next week. This livestream, embedded below shows off the Hunter Loa and Spirit combo – the Legendary loa Halazzi, the Lynx and its accompanying Spirit (Spirit of the Lynx), which is described below. When Rastakhan’s Rumble launches on December 4th, all players can log in to claim a free Legendary Loa, two Spirit cards from the same class, and six Rastakhan’s Rumble card packs. For those who want to play early, all they need to do is find a public Pre-Release event near them at this link, which is going on this weekend only. Pre-Release are special Fireside Gatherings where players can open any packs they have from the upcoming Hearthstone expansion early—and play with them in unique Fireside Brawls. There are 135 new cards in this set, with a host of mojo-fueled power, and new mechanics to accompany them.

Halazzi, the Lynx – The Hunter Legendary minion and Loa

When played, the great lynx’s Battlecry fills the player’s hand with 1/1 Lynxes that have Rush. An even more paw-erful combo can be executed with the help of Halazzi’s accompanying Spirit, Spirit of the Lynx. While on the board, this Spirit gives +1/+1 to every beast that’s summoned, allowing players to quickly field a fleet of felines.