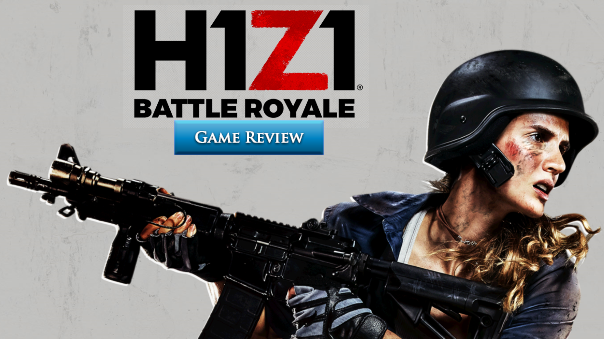 Being the granddaddy of Battle Royale games, H1Z1 just recently went out of early access and finally joined its successors, PlayerUnknown’s Battlegrounds and Fortnite.

As a Battle Royale game, H1Z1 brings in the usual setup: you’ll have to run around arenas getting weapons and ammo as you try to be the last man, duo, or team standing. The arena has a built-in timer where the borders decrease at regular intervals. Unlike Fortnite, where you are damaged by the storm, or PUBG, where you are killed by the shield, in H1Z1 you are killed by the poisonous gas being spread at the borders.

You gather, weapons, ammunition, and equipment that is scattered all throughout the field that is randomly generated per round. Unlike the other BR games though, you can dictate where you can drop off from the plane by choosing it before the round starts. Another unique feature that H1Z1 has is that the locations within the map have certain biases when it comes to loot they give. This means that if you land near the gas station or a warehouse you can expect more of the items that you desire in those areas. In other games like PUBG/Fortnite, the drops are almost truly random. 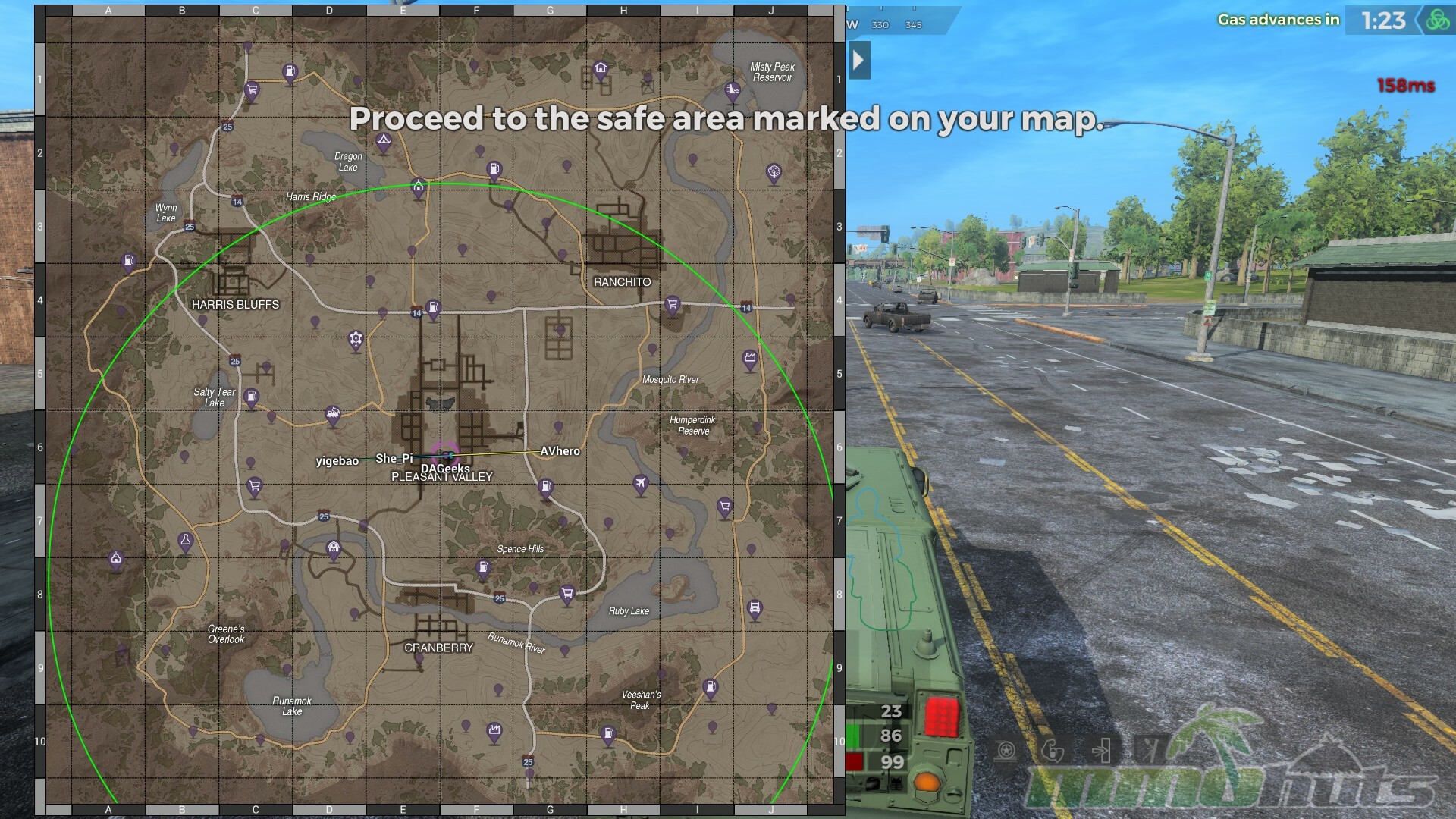 Stay within the lines.

One of the newest game features that was added to H1Z1 recently is the Auto Royale game mode. Auto Royale has full squads in two kinds of vehicles, the Sedan and the ARV. Those who queue in the game have to fill in the vehicle’s seats and be able to shoot at other players and their vehicles, with the fourth player being a designated driver.

Players can pick-up weapons, ammunition, and car upgrades as the team’s car passes through the littered power-ups in the field. Once acquired, players can then grab them from the car’s trunk and holster them just as if they were playing the normal H1Z1 PvP. 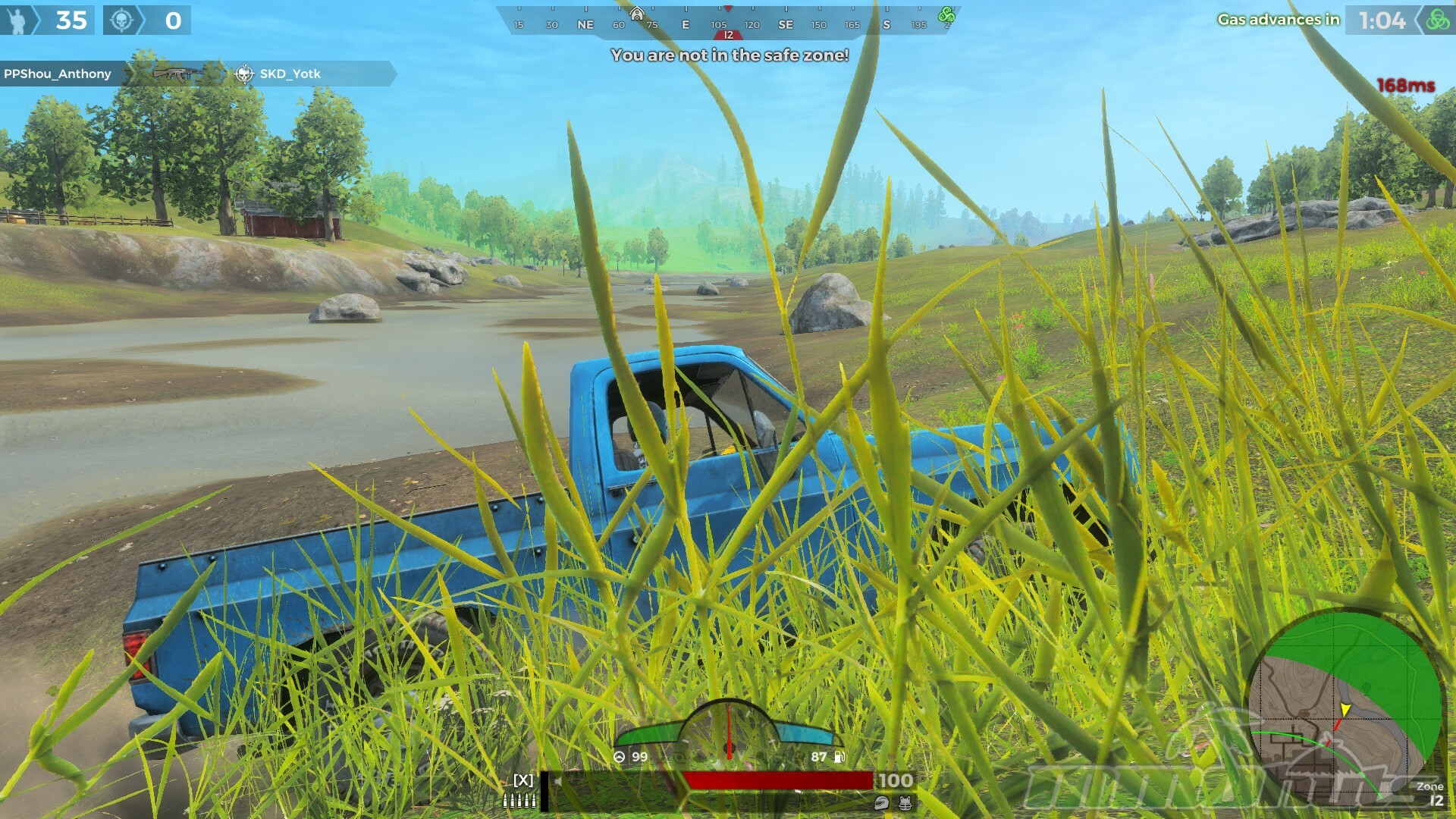 Even cars have to respect the safe zone.

Typical to the Battle Royale game system, winning Auto Royale matches requires your team to be the last squad standing. Players can knock-out other team members in the car; however, instead of killing them, H1Z1 will have the squad member be out of commission for a while.

The whole Auto Royale game mode brings back memories of my childhoo. The game feels like it’s Twisted Metal all over again. The whole Auto Royale experience is a fun and refreshing experience for the BR game mode. However, these matches are either fast, fun, and adrenaline pumping if your squad decides to jump into the thick of it; or, if your teammates decide to be a bit too cautious, it’ll be just like any other PUBG game: a bit of farming with sporadic bursts of firefights depending on your luck when you meet in the field. Auto Royale matches can be fun to jump into if you’re a full squad, but PUGs can either be a boring BR game, or an entertaining experience, especially if you get queued into an exciting and fun group.

Another unique game feature that seems to be followed by the other BR titles is the loot box system. It provides customization skins for not just clothes, but also weapons, vehicles, and even the parachute you use as you jump out of the ship. Skins are reminiscent of how CS:GO’s weapon skin system as the microtransaction system for the rarer skins.

However, players can earn the basic skin variations as they play religiously in H1Z1’s main game mode and level up. So at least you don’t have to keep on spending to get skin variety. 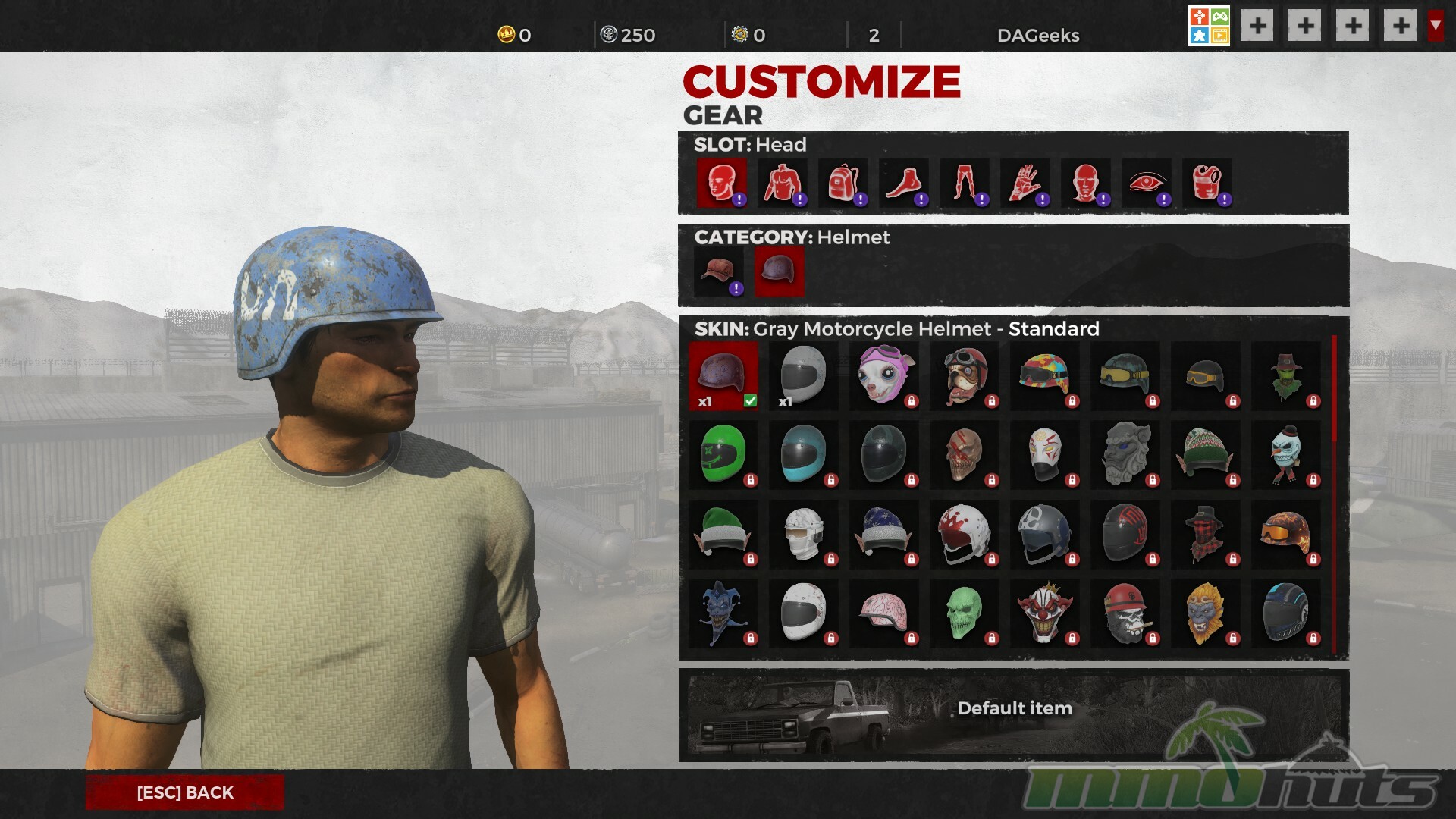 Plenty of options to play dress-up.

Conclusion: Good (3.5/5)
Checks all the marks that makes a great BR game, but the game stales after prolonged gameplay.

I think if I actually started playing H1Z1 before I tried playing both Fortnite and PUBG, I would’ve scored H1Z1 a bit higher than I am now. With the experience of the other major Battle Royale titles, though, I have little to almost no love with how dated H1Z1 has become. The gameplay is pretty cumbersome and highly counterintuitive. Grabbing items is a tedious task and sometimes it can even kill you because you have to really just pass through windows as you craft, salvage, or even shred items.

One of the bigger problems I’ve had with H1Z1 is that the game does feel like a combination of both Fortnite and PUBG, yet it wasn’t able to successfully make the features gel. I know it’s unfair to compare them since they are basically just parts of the game H1Z1 is; but then I can argue that with the head start H1Z1 had, it should’ve been able to keep up or at least provide more content for players. H1Z1 seems to have a glacial pace in keeping the game fresh, and it’s hurting the population, especially since it takes a long time for people to get queued into games in comparison to the other BR titles out there.

However, H1Z1 with all the outdated gameplay, still delivers a fun and enjoyable battle royale experience. It’s a good introduction to the battle royale genre specially since the game is already free-to-play. However, if you’re someone who’s already played the other more popular BR games like Fortnite and PUBG, then getting into H1Z1 is a bad idea.