Guns and Robot’s Temple of the Dragon Arena Spotlighted 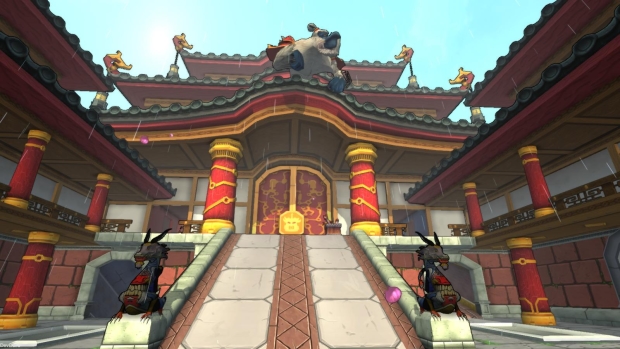 Long anticipated Temple of the Dragon Arena in Guns and Robots is finally open for the robot-fighting fans. The new update sets players in a desolate temple settling and introduces them to a brand new set of accessories to customize their lethal machines.

In terms of gameplay the map has a secret passage beneath the central building, several hidden exit points to ease the maneuvers during battles and has a huge uncovered area for deploying special devices or open-fire battles. Players can also meet the fluffy keeper of the temple.