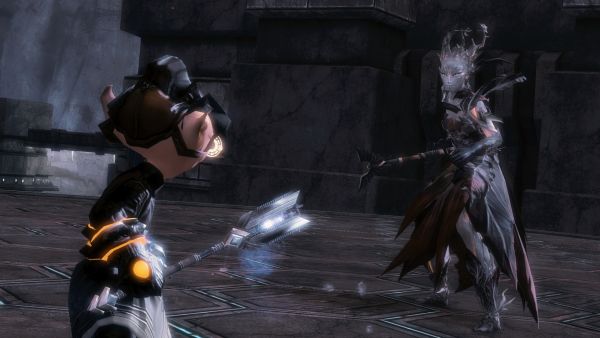 ArenaNet™, publisher and developer of the acclaimed Guild Wars franchise, is releasing “Seeds of Truth” for Guild Wars 2’s Living World today. This episode continues the Living World’s second season, where players and world leaders in Tyria have found themselves locked in an escalating war with the Elder Dragon Mordremoth.

In “Seeds of Truth,” players band together with Tyria’s leaders to find Caithe, the sylvari who they considered one of their own until she ran off with the fabled dragon egg that could be their one hope in defeating Mordremoth. Following Caithe’s trail will take players down a strange, dark path where they will learn new secrets in the ongoing Living World saga, experience exciting new gameplay in the Silverwastes map, and continue building their collection of new armor sets.

Figuring out where Caithe may be now requires an understanding of where she has been. With the aid of the Pale Tree, players will retrace Caithe’s footsteps and as they learn more about the sylvari’s early memories, they may uncover crucial information.

The secrets of the Silverwastes continue to be uncovered. If players help out the local skritt population, they will gain access to their tunnels, which will allow players to travel quickly to different areas of the map. Players will also be tested with the new Drydock Scratch jumping puzzle, where skritt pirates are assembling a ship deep beneath the Silverwastes. As players travel and explore, they must save up resources to collect the Carapace and Luminescent armor sets’ boots and pants pieces.

In addition to the new story-driven Living World Season 2 content, the competitive side Guild Wars 2 is getting both new updates in this release as well as a major event to look forward to on the horizon:

Player vs. Player infrastructure is seeing massive changes this month, including a new map voting system, match prompts and alerts, reworked matchmaking, service NPCs in the Heart of the Mists, and the introduction of the Ladder Test Season.

The World Tournament Series Finals are taking place on December 5 in Beijing, with the top teams from North America, Europe and China in Guild Wars 2 competitive play facing off for $50,000.

To learn more about “Seeds of Truth” and the new PvP updates coming to Guild Wars 2 with this release,  please go to www.guildwars2.com