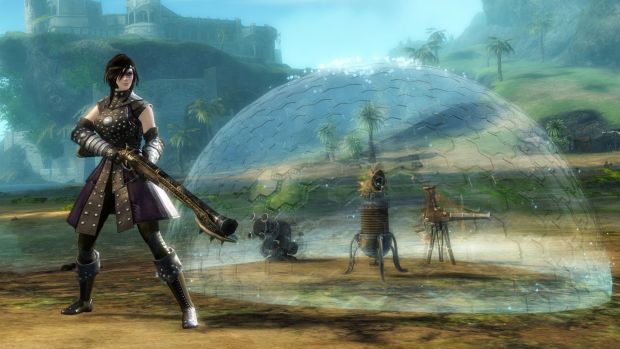 ArenaNet, developer of the acclaimed Guild Wars franchise, today announced the first-ever Guild Wars 2 release that is focused exclusively on bringing exciting new updates to in-game features. The Guild Wars 2 “April 2014 Feature Pack,” slated to release on April 15, will introduce a sweeping range of new systems and feature enhancements to the game. The focus on features sets the stage for new content designed to upgrade the experience in a wide variety of areas, from quality of life to the way players enjoy various aspects of the game.

ArenaNet has organized a rollout campaign to reveal everything players can expect in the “April 2014 Feature Pack”. Between now and when the release launches on April 15, ArenaNet developers will deliver a series of videos, live streams, blog posts and articles that unveil and detail every feature and what it means to the game. The rollout will give the entire Guild Wars 2 player community the opportunity to fully understand and even engage in dialogue around each new upcoming enhancement.

To kick off the campaign, ArenaNet today revealed the first new feature that will be part of the pack, detailing an overhaul of the existing trait system in Guild Wars 2. The improved trait system includes 40 brand new traits, a simplified UI, and new horizontal progression opportunities for players. A blog outlining details about the system is now live.