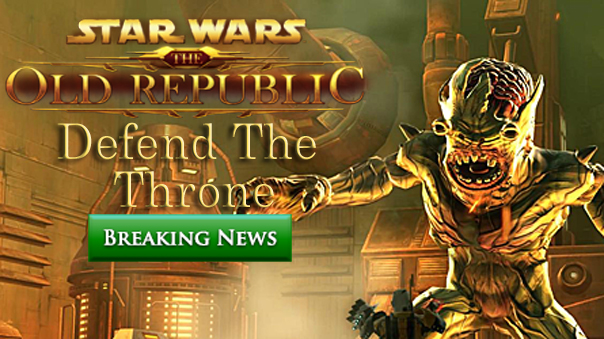 Last week I had a chance to sit down in a phone call with Creative Director Charles Boyd of Star Wars: The Old Republic to talk about some of the really interesting changes coming in the next chapter of their hit MMO! I purposely avoided all talk of the story though, because I don’t want to know anything and accidentally spoil it. The only thing that came close to the story are the new Uprisings, which doesn’t really affect the story. All I learned about were some new game mechanics  to see how they’re going to go down. So, what can we expect in the next part of this epic story? Well, since I was already talking about Uprisings, let’s go there! I believe there are four new ones on the way, and each one feels a bit different, offering new challenges, stories, and groups rising up to try and take a piece of the Empire for themselves, or at least, take your parts. And that’s no good! One of the worries I had, or questions rather, was what if you and your friends made different storyline choices? Well that won’t matter. You might see some different dialogue choices, but it won’t split your friends apart, who wanted to be absolute dicks, and the ones who wanted to be Real Heroes™ . 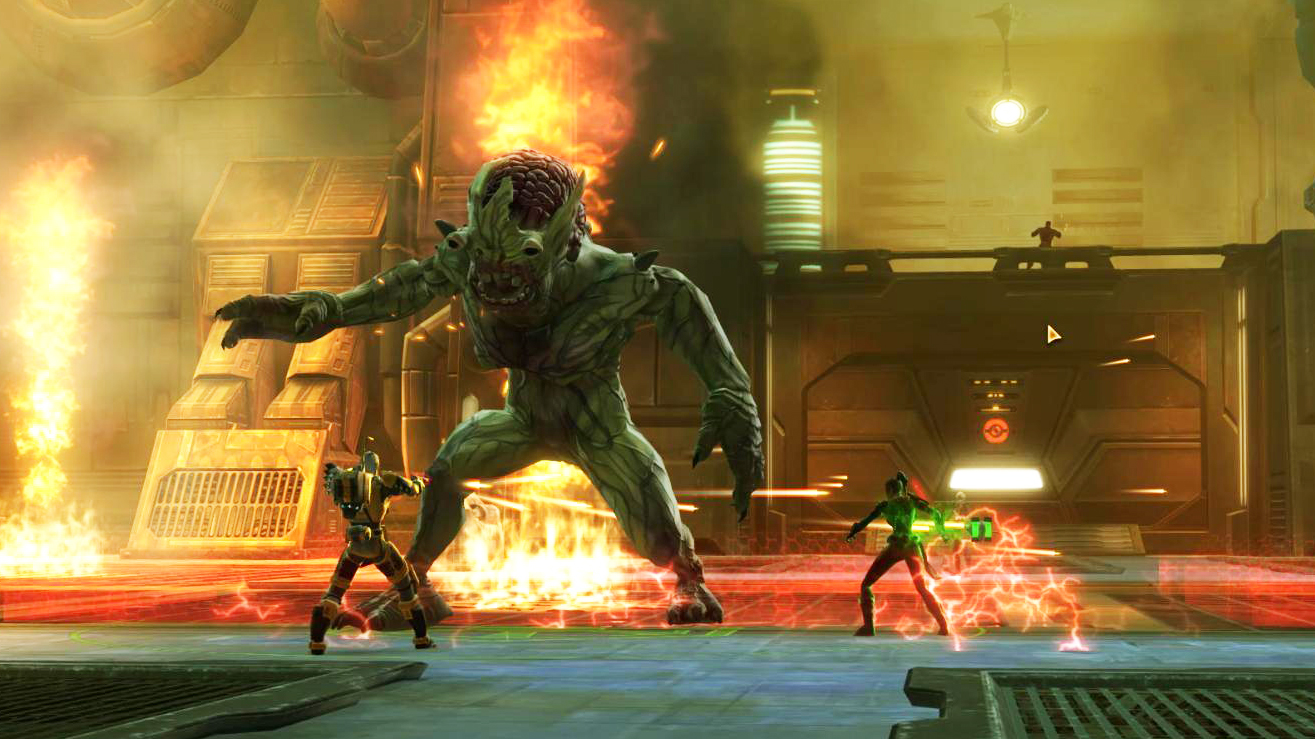 But these missions sound like intense fun! One of them involves you dealing with a gigantic, horrifying monster that lives beneath the surface of a planet. He has mind control over a Jedi Master, and he’s not afraid to use them. It’s a payload mission and you use a Droid to stop this event from getting out of hand. No spoilers, but it’s really going to blow your mind. There’s also the Evil Scientist™ who is doing naughty things with the Rakghoul virus, involving an Adrenal. Ever want to be a Rakghoul? Maybe you can live that dream! Each one of these is wildly, vastly different and will be a lot of fun. There’s also trench warfare to look forward to, gaining control of powerful turrets to blast soldiers into tiny bits, not to mention going to deal with a Gigantic Space Base [not that Star Wars has ever done that before. . . somehow, it never gets tiresome!] These missions look like a lot of fun, I can’t stress that enough, and they’re definitely group oriented. There will be sweet rewards, gripping story, but most important, action! Plenty of blood-pumping action. 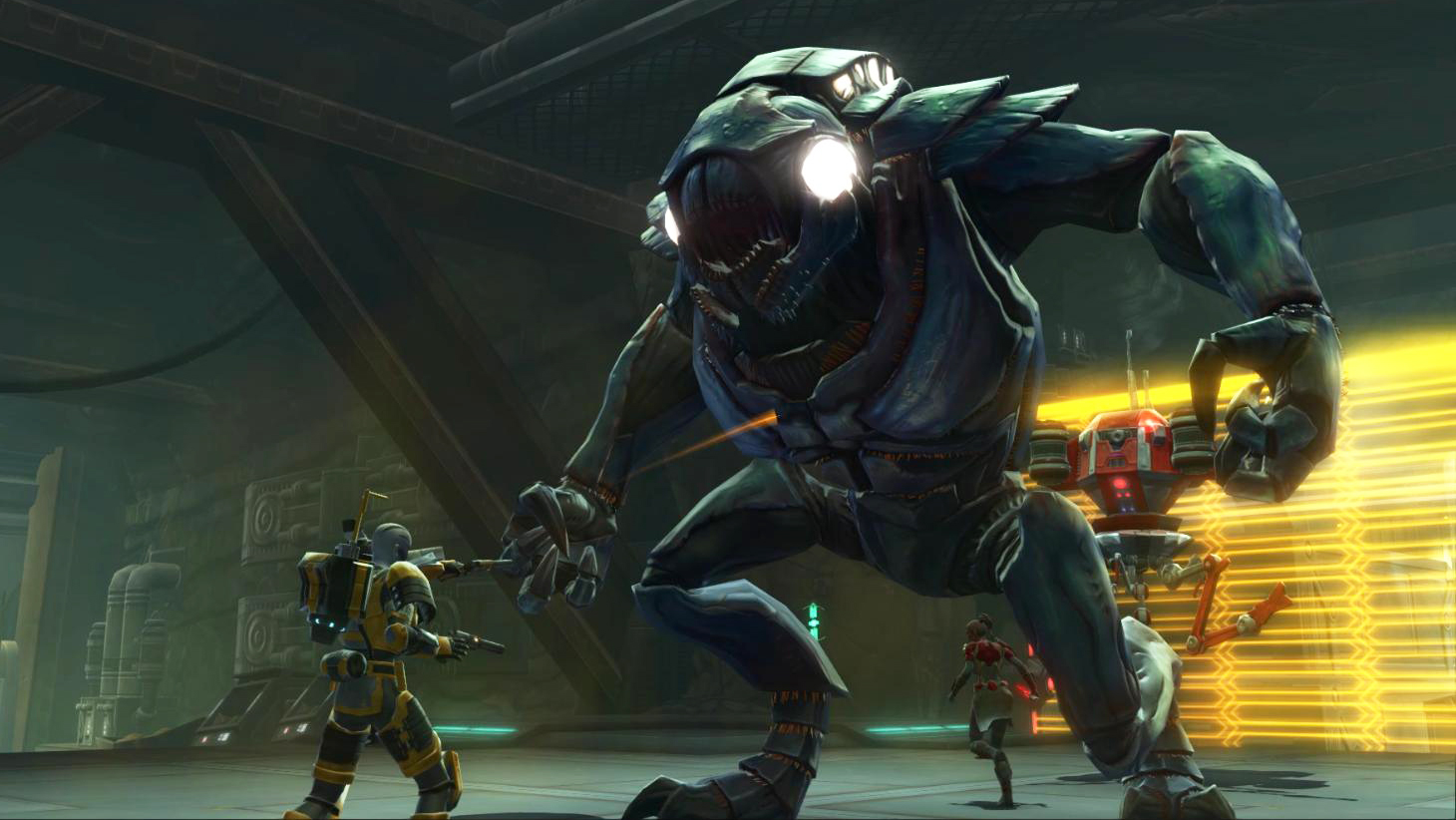 Many of you are familiar with “Master” difficulty for portions of the game. If you’re not, it does what you think it would -makes things remarkably challenging, or at the very least tries to. The devs for SWTOR took that further and now the chaptered story of this expansion will have a new difficulty, Master Difficulty. Veteran Mode required you to know rotations, ideal dps, et cetera, things that will make things like flashpoints a bit easier. Master will take that and crank it up to bloody eleven. If you are not on top of your game, and don’t know everything there is to know about your class, you’re going to be in for a bad time. Even the devs have a hard time with them, so go in knowing you’re going to be roughed up. But it will be worth it! There will be achievements, and remember, the higher the difficulty, the better the Galactic Command system experience will be. . . It’s in your benefit to get good. The way I look at it, it ultimately will be a test to see if you can raid, or if you’re really ready to get into the nitty gritty of Super Serious Raiding. 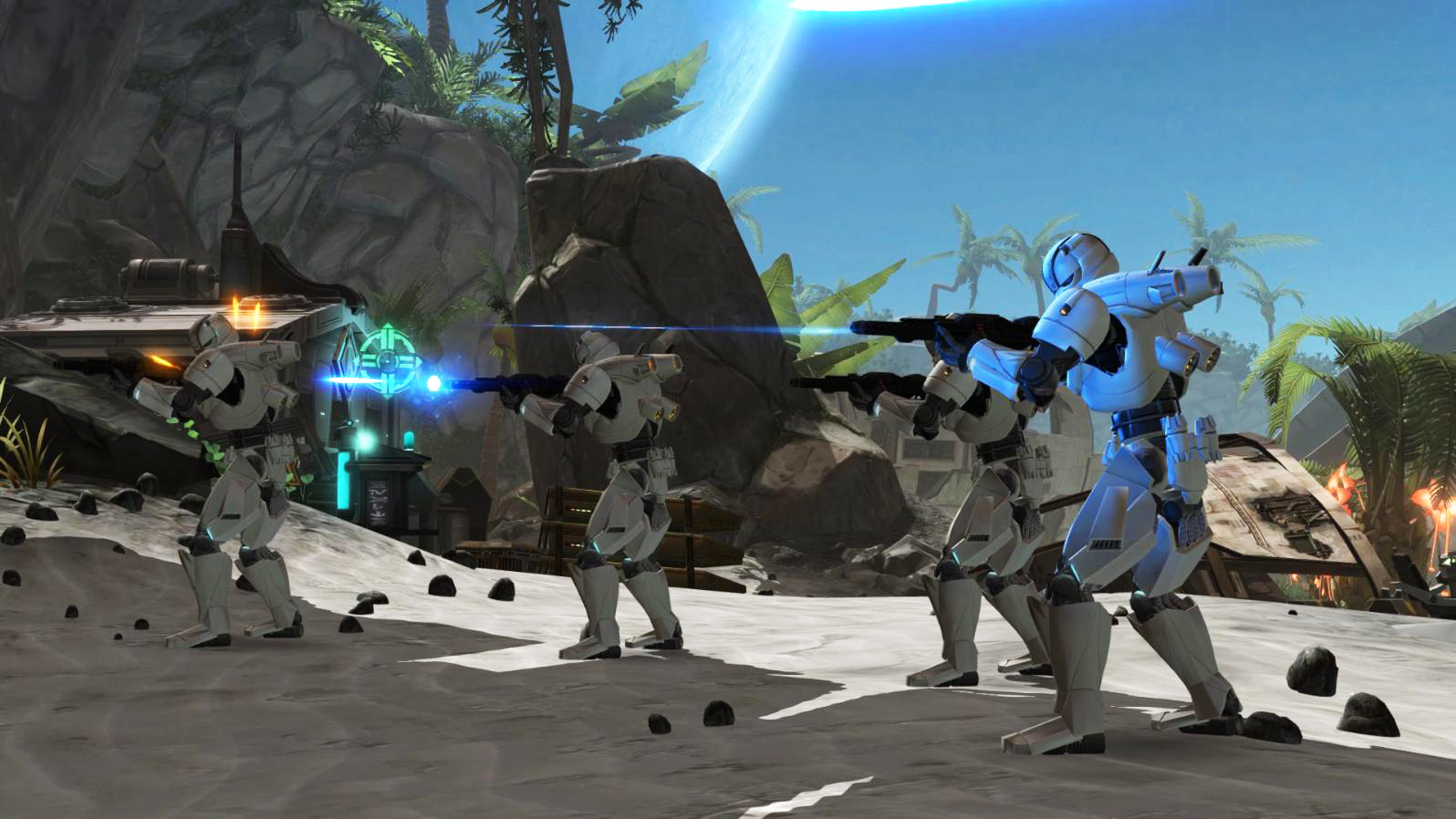 Speaking of Galactic Command, there are a lot of folks that feel like they’re being pigeonholed onto one character in this system. You want to get amazing gear for a character, but SWTOR is very much an alt-oriented game, and they’ve been really looking at a way to get that squared away. There will be Legacy Perks to help the rate at which you gain Command Points, in addition to Booster Items to help it even further. Those will come from crates, and will also bind to Legacy, so you can use them on whatever character you desire, whenever you want. So with this in mind, you can use your most powerful character to get the boost items from crates, then go to your alts and get gear for them as well. Also, there will be Retroactive Tokens, so say you would’ve opened 100 chests before this moment, you’ll receive 100 tokens. This is but the start. . . They are looking at more avenues for the Galactic Command system to make it as well-rounded as humanly possible. They really want players to view as much of the game as possible, not slot them into just one character and get frustrated by having to redo so much work each time. Speaking of Galactic Command, there was a serious lack of focus or direction for people who want specific pieces of gear. They’re going to expand it to include something of that style in the system this patch. For the most hardcore that want the best gear they can possibly get, you’ll have a path towards them in the Galactic Crates. They’ll drop tokens in addition to gear, which will combine to create the gear you’re after. There will also be options for PVP stuff as well, so you guys won’t be left out! 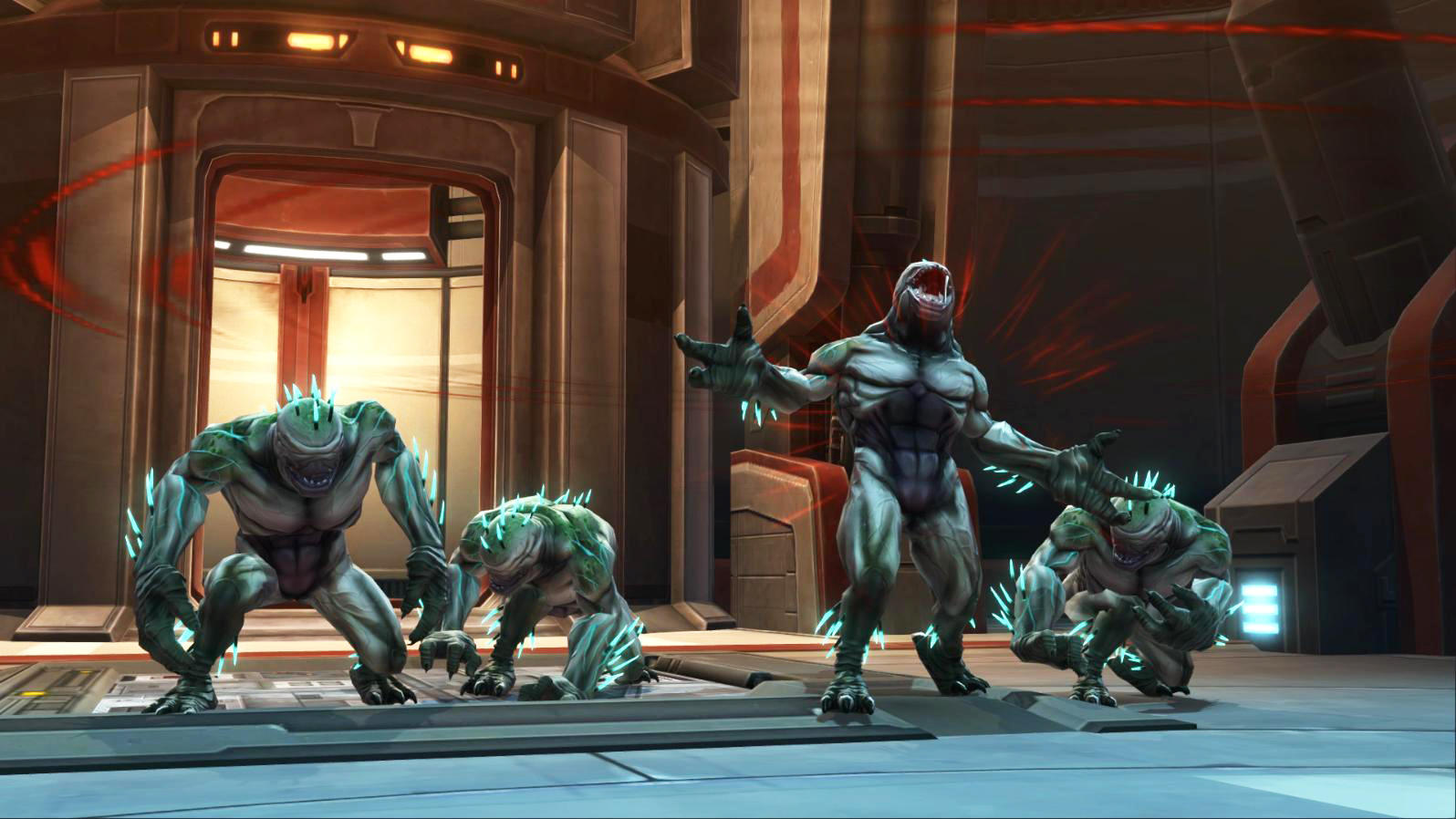 All told, it’s going to be a really fun expansion, and it definitely got my eyes back on the game. I had kind of drifted away, but that’s not because I was bored, but one of the drawbacks of being gaming press is never having the time to spend on just one game. They teased one more thing, at my behest, begging to know if there were cool items or mounts or something coming. All they said was this:

Dread Behemoth Tank. I don’t know what this is, but I already want it. Make sure you guys stay tuned for the latest and greatest updates as more info is sure to be revealed from the SWTOR team!